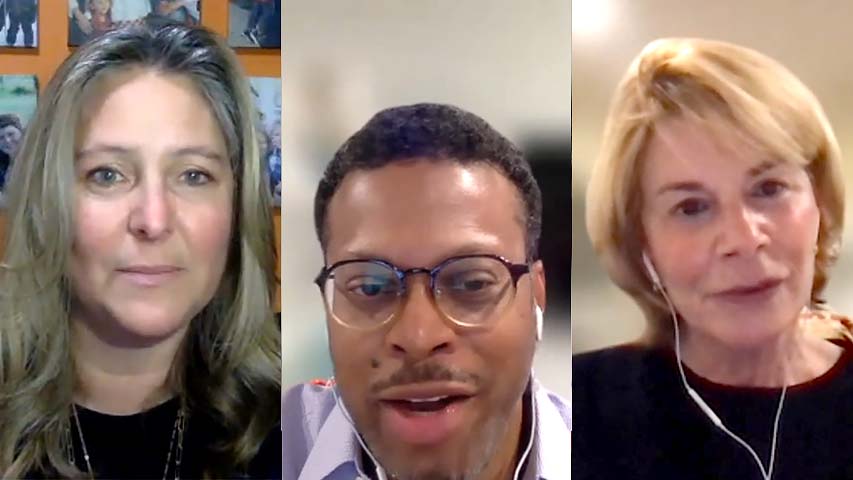 The Board of Selectmen in February of 2022

A scaled-down dog park plan was referred to the Planning and Zoning and Conservation commissions by the Board of Selectmen on March 3, while opposition to the project took a new turn.

Because the plan for the park differs so much from the original approved by both commissions four years ago, the action was a required step. It does not constitute approval by the Selectmen. There was no discussion of funding the project.

The Board heard an opinion from Town Attorney Ira Bloom confirming that, as we reported previously, the 2018 public vote in favor of the park did not bind the Town to build it, as the ballot measure did not (and could not) commit funds.

So there was little discussion of whether the park should or would receive a green light from the Selectmen, assuming the plan passes muster at P&Z and Conservation. By now, however, positions seem to be clear, with one becoming clearer.

Selectman Martin Mohabeer said if the 2018 vote had been binding, “we wouldn’t have a say. The Town would have built this.”

He added, “I have opted to view this as the people have in fact spoken and that’s the way we should go. Disenfranchising voters is not something we want to be doing, ever.”

There is, however, one vote that some opponents of the park appear to believe should not count: that of First Selectwoman Samantha Nestor.

A call for recusal

Ms. Nestor told the Selectmen that attorney Steven Nevas “wishes to bring me forward on ethics charges,” and alleges that she has “a personal or financial interest in the dog park.”

The letter was forwarded to Town Attorney Ira Bloom, whose response began with, “We completely reject your analysis and have advised Ms. Nestor that she need not recuse herself. We conclude that there is no conflict of interest and no violation of the Town of Weston Code of Ethics.”

The analysis in the letter from Attorney Nevas does not specifically claim, at least not directly, that Ms. Nestor has a “financial interest” in the dog park.

Her offense, it seems, is that she is for the dog park. And has said so publicly.

Among the activities that Mr. Nevas claims as constituting an improper “personal interest” are that in 2018 she exercised her rights as a citizen by signing the petition calling for a Special Town Meeting and by attending a dog park fundraiser.

Other infractions alleged in the letter include that, as First Selectwoman, Ms. Nestor encouraged citizens who favor the dog park to express their support to elected officials. She also erred, the letter claims, by instructing the Tree Warden, “without the authorization of the Board of Selectmen,” to develop a planting plan for the proposed park and to tag trees that would be removed if the project proceeds.

By the Charter, the First Selectwoman is both a member of the Board of Selectmen and the Chief Executive and Administrative Officer of the Town. As such, she is both the executive branch of government and a member of the legislative branch. In her executive role, nothing in the Charter requires that her everyday instructions to staff be ratified by the other Selectmen, whose defined job does not include management at Town Hall.

The letter also claims that Ms. Nestor erred ethically at a recent meeting by mentioning her friendship with her predecessor on the Board, the late Selectman Brian Gordon, who, it turns out, was passionately in favor of the dog park. He never said so in public session. Many who knew him, but not well (including this reporter), found out for the first time at his funeral.

In his response, Attorney Bloom pointed out that the term “personal interest” has a defined legal meaning, which isn’t that an official is simply interested in something, in favor of something, or has fond memories of a friend who was. It means that the official would either benefit financially or “expects to derive a benefit other than financial which is not common to the interest of other citizens of the Town.”

The allegation by Mr. Nevas and his clients offers no indication of how Ms. Nestor would personally benefit by having a dog park in Weston, nor how any such benefit would be uncommon.

Mr. Bloom said the First Selectwoman has a right to state her positions. “Indeed,” he wrote, “to refrain from voicing her positions on the dog park issue would violate her obligation to the public as an elected official.”

“In fact, he added, “any of the Selectmen are entitled and expected to voice their views on this issue, and it would be surprising if they had not done so in some forum already.”