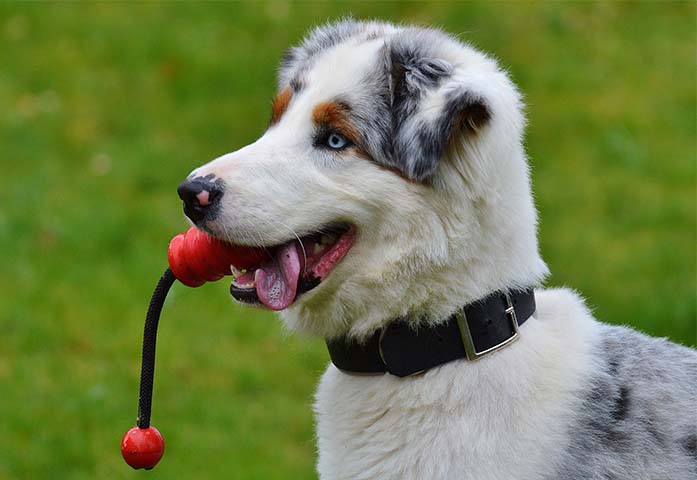 What exactly will we be voting on?

You are voting on whether—in concept—you would like to have a 3.5-acre enclosed park where people could bring dogs to play off-leash. It would be located in roughly the center of a 36-acre parcel the town owns, land referred to as the Moore Property.

How much would this dog park cost?

A non-profit corporation, Weston Dog Park, Inc., (WDP) will pay to build the park. By the terms of an accepted draft Memorandum of Understanding (MOU), WDP has committed to raise $84,000 for this purpose and donate it to the town. They have two years to do so. The funds will be used to install the fence and gates, provide waste dispensers, post signs containing the park rules, clear debris and underbrush, and build a turnaround area and parking lot.

The town will pay for the construction of a 1,200-foot gravel-driveway park entrance, a drainage system, and the removal of approximately 140 trees to accommodate the driveway. Current estimates for that work are around $155,000.

We don’t know the exact costs? How are we supposed to vote without knowing that?

Partly because you will not be voting on whether to fund this project or for how much. That would come later. These are best estimates, based on the current project plan, by the Town Engineer.

Do we have money for this in the budget?

No. And the 2018-19 budget, currently being developed, does not contain an appropriation for this purpose. After all, the administration has no way of knowing what the outcome of the vote will be.

So when will it be budgeted? And when will we have a say about whether to fund it?

It’s hard to say when. It could possibly be added to the 2018-19 proposed budget, but time is getting short.

You may have the opportunity to vote on the funding, this year or in some subsequent one, at an Annual Town Budget Meeting (ATBM), if it is budgeted as a capital item. This year the ATBM will be held on April 18.

At the ATBM, you can vote to reduce the budget, but not to increase it. And you have an opportunity to vote yea or nay on every capital line item. ATBMs are often lightly attended, and if fewer than 130 qualified voters show up, there is no result. There have been years that has happened.

All three town budgets—education operating, town operating, and capital improvement—aren’t final until they are approved at a Town Referendum, which this year occurs on April 28. This is an up-or-down vote on each budget in total. If voters reject any one of them, it’s up to the Board of Finance to sort out the mess and schedule another referendum.

As an alternative, it is possible that, after extensive hearings, this or some future Board of Selectmen could move to fund the park as a supplemental appropriation. They would have to find the money in reserves. The Board of Finance would have to approve.

What if WDP doesn’t come up with the money in the two years?

The town can cancel the agreement.

What if the town never funds the project, even if we vote for the dog park?

It doesn’t get built.

Can I vote for the park, in concept, but later vote against funding it?

Aren’t there already places in town to walk a dog?

Yes. But not off-leash in an enclosed area.

Why can’t people just use dog parks in other towns?

Would people from other towns be able to use our dog park?

Isn’t the Moore Property supposed to be conserved as open space?

No. The town acquired this land in 2003 for $2.3 million, funding the acquisition with a 20-year bond. Conserving it as open space was considered, but in the end the decision was made to bank it for possible future municipal use.

Couldn’t we sell it to developers and increase the tax base?

No. That is prohibited by the deed.

Yes. It is not enclosed, and can be somewhat difficult to access, especially for those with disabilities. There is no entrance and no parking.

Are those 3.5 acres going to be clear-cut?

No. The only live trees to be removed would be the 140 or so necessary to build the driveway. Within the confines of the park, some trees would be trimmed up to seven feet from the ground to make the area walkable.

Isn’t there somewhere else we could put a dog park?

From the inception of this proposal, two years ago, town staff evaluated a number of other locations. Among them, neither Bisceglie Park nor Morehouse Farm Park were deemed suitable, as they are already heavily used, and existing features such as playgrounds and ballfields would have to be removed. Keene Park was found to be too small. Lachat Town Farm was considered, but its deed prohibits such use.

Even the Transfer Station was considered, despite the challenging optics of placing a town amenity at the dump. An open space exists there, somewhere around an acre in area, but it is a landfill sealed with a virtually impenetrable cap. There is very little parking. It is gated and locked after hours. It is hard to imagine how the town could provide access to a dog park there and meet its requirement to monitor the dumpsters. It is equally hard to imagine the state Department of Energy and Environmental Protection permitting it.

Would the dog park people (we assume this refers to Weston Dog Park, Inc.) get to run the park?

No. The Department of Parks & Recreation would run the park. The Weston Police would patrol it. The Animal Control Officer would be responsible for enforcing the rules.

As we understand it, if the park is built, WDP plans to follow the Lachat model and form a Friends of the Weston Dog Park group. They have offered to organize volunteers to help with maintenance, cleanup, and perhaps fundraising. It would be up to Parks & Recreation to take them up on these offers.

Money is tight. Our tax rate is high. Wouldn’t this make it go even higher?

How can we justify spending this money when the schools are cutting two security guards from the budget?

It’s important to keep in mind that the education budget is completely separate from the town budget. The Board of Selectmen cannot take money from the schools and use it for any purpose.

The Board of Education’s decision on security staffing is well outside the scope of this article. We will be reporting later, before the ATBM, about the budget.

How can we spend this money when the schools are cutting funds for theater arts?

They aren’t. In the proposed BOE budget, theater arts is one of the few areas where funding has actually increased. There have been some accounting changes, and a theater director’s duties have been modified, a matter that, again, is outside the scope of this article. And, as before, the education budget is separate from the town’s. There is simply no connection to the question of the dog park.

How can we spend this money when the schools had to cut funds for a graduation tent?

Where is the Moore Property?

How do neighbors feel about putting a dog park there?

Some are for it, some are neutral, some are against. It would be unfair to casually dismiss their objections as a simple case of “not in my backyard.”

Some owners of neighboring properties have serious issues with flooding. They believe—and there is evidence to the effect—that some of that water is runoff from the Moore property. Trees absorb a certain amount of rainwater, and these residents worry that the removal of 140 or so would make the problem worse.

It’s a vexing question because it is not entirely clear where all the water is coming from. Some residents have fashioned their own drainage systems. Do those inadvertently create problems for neighbors? Hard to tell. We were told at the P&Z meeting that at least one homeowner essentially clear-cut their property. That is their right, but it probably doesn’t help. And someone apparently took it upon themselves to clear adjacent land that is owned by the town.

The Town Engineer’s design for the driveway contains a variety of provisions for drainage and catch basins. We are simply not qualified to weigh in on whether they are adequate, or whether the best they could do is maintain the status quo. We have observed that the Town Engineer has made several adjustments to the plans based on concerns expressed by some homeowners. We have also observed that he has been criticized—not necessarily by those same homeowners—for making adjustments to the plans.

Would the dog park have a negative environmental impact?

There are no wetlands in the acreage proposed for the dog park, but ultimately the Conservation Commission is responsible for determining that there is no negative impact on wetlands and watercourse. Should they find there is a negative impact, it is hard to see how the project could proceed, at least without significant modifications.

Conservation is scheduled to vote on this on April 26. Both sides will submit studies and other supporting documentation to each other and the Commission before the hearing.

The Westport-Weston Health District says no. Opponents point out—accurately—that the District qualified this by noting it is true so long as park visitors obey the rules and pick up after their dogs. The MOU requires WDP to provide waste receptacles.

Since this land has been set aside for general municipal use, what happens if we need to use it for a school or a firehouse sometime in the future?

By the terms of the Memorandum of Understanding, the town has the right to close the dog park if there is some other reasonable overriding need for the land.