Town to Vote on Dog Park 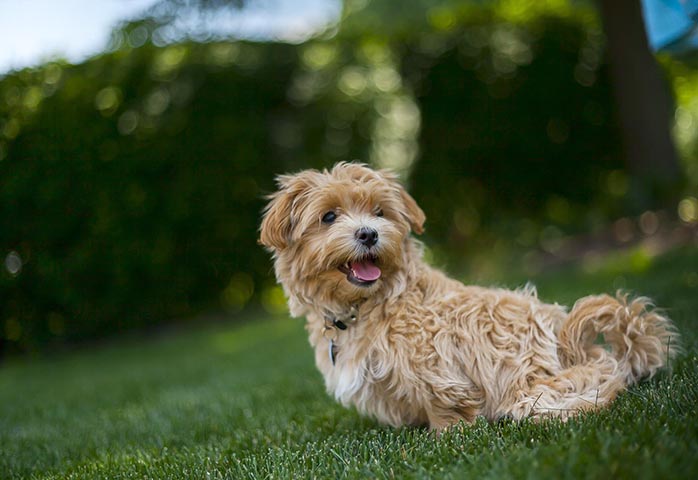 In its January 18 meeting, Weston’s Board of Selectmen voted unanimously to let voters decide whether a section of town-owned land will be used as a dog park. The Board also referred the matter for further review to the Planning & Zoning commission, town Conservation Commission, and Parks & Recreation department. However, they stipulated that the final outcome will be determined by a ballot vote.

The proposed dog park would be built on 3.5 acres in the center of 36 acres the town acquired in 2003 for $2.2 million. Commonly called the “Moore property” after its former owner, the land is situated between Davis Hill Road and Lords Highway East.

In the meeting, Town Engineer John Conte gave a detailed presentation of the latest version of the plan, which primarily addresses concerns about a proposed entrance to the park, once thought to be best built on Davis Hill Road. In the revised approach, the park would be accessed from Lords Highway East, with parking available for 22 vehicles and a provision to accommodate 22 more if need be.

Mr. Conte described the advantages of the new access road in terms of construction costs. He also presented findings of a traffic analysis performed in conjunction with the Western Connecticut Council of Governments, which found that a dog park would not generate traffic.

The Moore property is heavily wooded. According to Mr. Conte, tree removal would only be required for the driveway, parking area, and dead trees already on the acreage.

The members of the board made little comment about their views of the merits of a dog park, except Selectman Stephan Grozinger, who voiced opposition. Selectman Brian Gordon wondered if a dog park could be built "in ways that preserve the integrity of the land." But in the end, the board unanimously agreed that the proposal had sufficient public interest to warrant a public vote.

But the board also voted to first refer the proposal to Planning & Zoning, which is required by state law, to the Conservation Commission for an assessment of environmental issues, and to Parks and Recreation to review revised park rules.

Animal Control Officer Mark Harper voiced frustration with this process, asking: "Why don’t we just have the meeting of the taxpayers to see if they want a dog park there? And then if we do, we can move forward with all the other finite things that we have to do?"

First Selectman Chris Spaulding replied: "We want to try to get the maximum amount of data to make the decision. Everybody is frustrated this has gone on so long and become so acrimonious. We’re trying our best to make sure we’re as transparent and thoughtful in this process as possible."

Planning & Zoning is taking up the proposal in a meeting on January 25. At this writing, dates for the other reviews, and for the public vote, are not yet set.