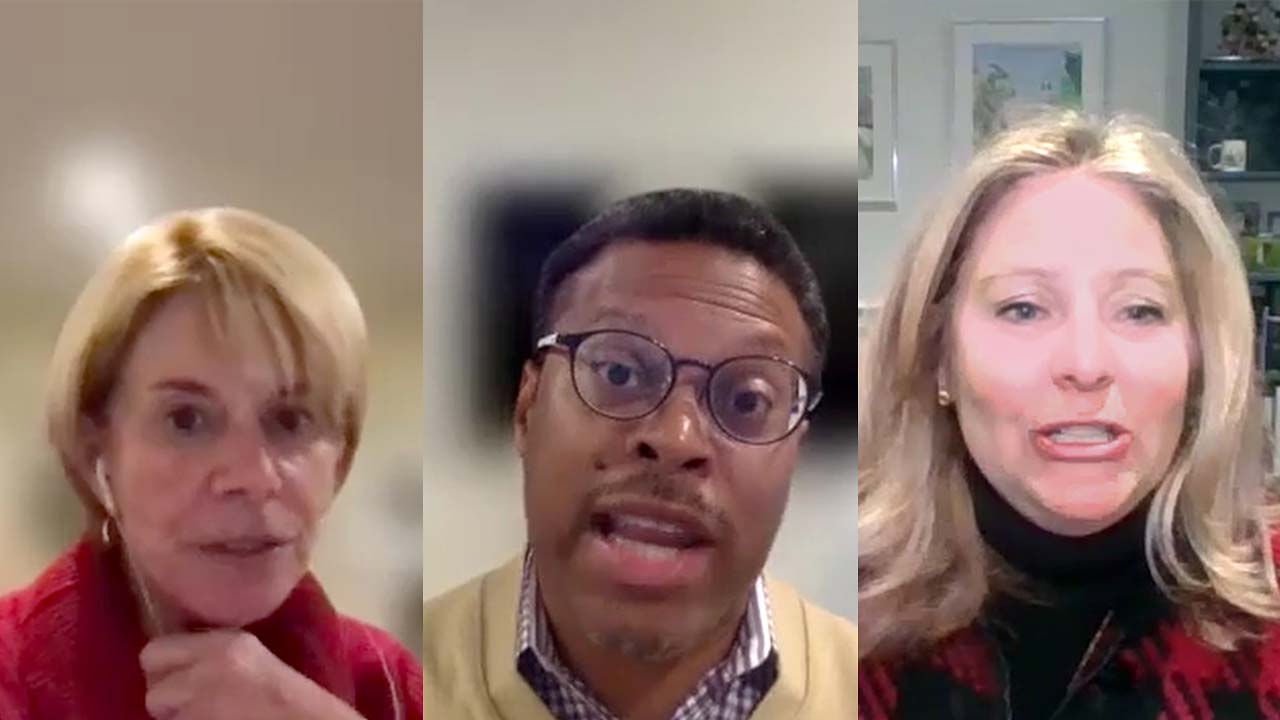 The Town’s Board of Ethics ruled unanimously that Selectwoman Amy Jenner violated the Code of Ethics by voting to table a matter in which she was personally involved.

But the board did so in a way that, according to the Town Attorney, violated open government laws and the board’s own procedures.

So, on Thursday evening December 1, the Selectmen voted to reject and rescind the Ethics Board’s advisory opinion, and debated how to deal with its deeply flawed process.

Surprisingly, or perhaps not, Ms. Jenner did not recuse herself from the discussion. She abstained from voting on the motion, but that may not be enough to forestall renewed questions about whether her participation was in bounds ethically.

Much of her participation appeared to be an attempt to defend herself against the ethics complaint, an opportunity she had not been given by the Board of Ethics, which is now a major issue.

According to Town Attorney Ira Bloom, Ms. Jenner was not even informed that a complaint had been filed by the Town Hall employees union on November 8. He said the Ethics Board also failed to give required public notice of a meeting where they would take up the matter, did not hold an actual meeting, and instead considered the complaint in an exchange of emails. This is all, said Attorney Bloom, “a very significant violation of process.”

The original ethics charge still stands, so Mr. Bloom drafted a motion for the Selectmen that rejected the advisory opinion rendered by the Board of Ethics, noted that the board’s action had been improper, called for its members to receive training on the Freedom of Information Act (FOIA), and proposed naming three alternate members whose sole task would be to consider and rule on the ethics complaint against Ms. Jenner.

First Selectwoman Samantha Nestor moved to adopt the resolution in its entirety, but no one seconded. Selectman Martin Mohabeer moved to adopt only the first part: that the actions of the Board of Ethics were legally flawed, violated FOIA and regulations, and that its findings were rejected and rescinded.

Ms. Nestor pointed out that this version omitted a remedy, but joined Mr. Mohabeer voting to approve it. Set aside were the questions of what to do about the Ethics Board and how the complaint against Ms. Jenner will be handled.

The First Selectwoman also insisted that the Board of Ethics — chair William Weiss and members Ruth Israely, Ruth Glazer, Sarah Grigerick, and Judy Stripp — be given a chance to explain in public what happened.

Efforts by the First Selectwoman to steer the meeting away from adjudicating the ethics complaint against Ms. Jenner — which the Selectmen cannot do — were largely unsuccessful.

At one point Ms. Jenner read the Town Charter’s prohibition against an official obtaining personal or financial benefit from their official duties. She insisted that she had not benefitted when she voted on November 3 to table hearing from union president Mark Harper and his call to censure her for publicly disparaging a Town employee, Tax Collector Cathleen Neblett.

She chose not to read a paragraph specifying that an official must recuse when he or she has a personal interest in a pending matter and forbids the official from taking “any action on or exert any influence with respect to the pending matter.”

From the union’s point of view, that is the relevant section of the Ethics Code. It is the one cited by the Board of Ethics.

And now, the union president has another question. “Why is it,” asked Mr. Harper, “that Amy is allowed to talk in a public meeting and we aren’t? Is it fair that she gets to play the victim when the real victim, the person she attacked, has been silenced?”

Throughout their discussion last Thursday evening, the Selectmen disagreed on whether the Tax Collector had a contractual right to have her job performance reviewed in public session, as Ms. Nestor had mentioned in the November 3 meeting.

But a performance review was not on the agenda that night. The topic was Ms. Jenner and her public attack on the Tax Collector. Union president Mark Harper had asked to be put on the agenda to address the Selectmen and demand that Ms. Jenner be censured.

This was all known to the Selectmen before the meeting, as every related document and correspondence was included in the packet of information they receive in advance of a meeting. The information is also made public when the agenda is published at least 24 hours before a meeting.

Mr. Harper’s request to be put on the agenda had been granted by the First Selectwoman, as is her right as chair of the Board. As Mr. Bloom pointed out, she can do that for any citizen.

It is also the right of the Selectmen, by majority vote, to table an item. So, on November 3 Mr. Mohabeer moved to remove Mr. Harper from the agenda. Ms. Jenner cast the deciding vote to do so.

Her vote is the essence of the ethics charge. The complaint stands, and it is possible that another is coming. But since the Selectmen provided no remedy for the Ethics Board’s flawed process, at the moment it appears the Town has no mechanism to process it. That in itself may become an issue.