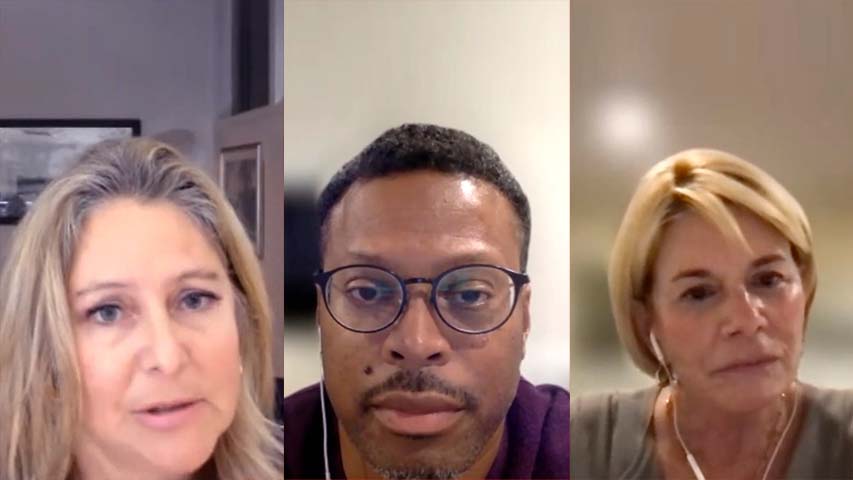 On Thursday evening, the Board of Selectmen were scheduled to hear from the president of the Town Hall employees union, speaking on behalf of Tax Collector Cathleen Neblett, seeking a censure of Selectwoman Amy Jenner for public criticism of the Tax Collector’s job performance.

Instead, by a 2 to 1 vote, the agenda item was set aside. The deciding vote to table it came from Ms. Jenner herself.

Union president Mark Harper, contacted later in the evening, said he is furious.

Mr. Harper said the union’s next step would be to file a legal grievance. “If that’s what it’s going to take,” he said, “let the games begin.”

First Selectwoman Samantha Nestor, in opposing the motion to table, expressed concern about the prospect of a grievance that could further draw out the dispute and unnecessarily incur legal costs.

An issue of transparency?

Ms. Nestor said Town employees have a contractual right to be heard in public on matters such as these and that Ms. Neblett also has the right to have the union president speak for her.

Selectman Martin Mohabeer, who made the motion to table, wasn’t so sure, said he wanted time to confer with the Town Attorney, and later said he wanted “legal clarity” on whether the conduct of a Town official or employee should be discussed in public.

A question is whether discussion of a matter already in full public view can or should be taken behind closed doors, particularly when the complainant wants to be heard in open session, may have the sole right to make that call, and how doing so would square with frequent espousals of transparency.

Ms. Jenner was silent on why she seconded Mr. Mohabeer’s motion and why she voted to table the agenda item. Questions have already been asked if she should have voted at all.

Typically, members of boards and commissions recuse themselves from discussing and voting on matters where they are personally involved. The Ethics Code in the Town Charter specifies that when an official “has a financial or personal interest in a pending matter, then said individual shall recuse himself from and shall not take any action on or exert any influence with respect to the pending matter.”