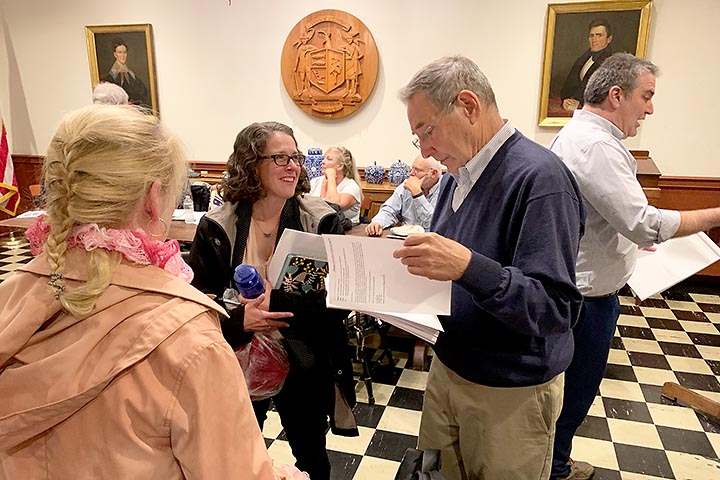 In only ten minutes on Wednesday evening, the Historic District Commission meeting was called to order and the application for an addition to Weston Public Library approved without stipulation. The decision was welcomed with a prolonged round of applause from an overflow audience in the Town Hall Meeting Room.

Seated quietly in the front row was Richard Orenstein, trustee for the estate of Daniel E. Offutt III, in whose memory the new library wing will stand.

In a few of those ten minutes, architect Hanna Przada assured commissioners that questions they had asked about the design were either addressed in a revision or would be further discussed. A few more minutes were devoted to ironing out procedural matters with Town Attorney Ira Bloom, including whether the public comment section of the meeting was still open. Before that was completely resolved, a vote was taken.

The application was approved by a 4–0 margin with one abstention. Voting in favor were chairman Paul Deysenroth, members Roland Poirer and Leona Peiffer, and alternate Naomi Bleifeld. Commissioner Lynne Langlois abstained. None of the commissioners commented before voting.

Mr. Deysenroth thanked the public for attending and noted that the commission had received about 70 emails regarding the application. Almost all were in support.

At the conclusion, First Selectman Chris Spaulding thanked the commission for accelerating its schedule and thanked Ms. Przada for her tireless work. To Mr. Orenstein, Dr. Spaulding said, "Thanks for making all this possible, and also a million other things in town."

In addition to offering a gift of up to $5 million to build the Daniel E. Offutt III Center for Innovation and Art, Mr. Orenstein has already donated over $1 million to Weston organizations, including the Library, EMS, and Weston Historical Society. He has also pledged $500 thousand to help rebuild Firehouse No. 1 to provide quarters for Weston's all-volunteer Fire Department and all-volunteer EMS.

After the meeting, Mr. Orenstein said, "It's unfortunate that Dan couldn't partake in this. It will be a fabulous memorial to him, here in his home town, helping young people. This is all stuff he liked to do. In the end, it's a win-win for everybody, and for him too, even though he's not here." 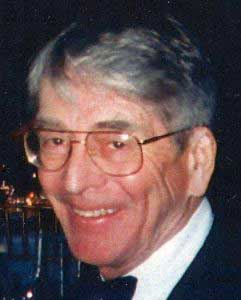 Mr. Offutt, a successful investor and accomplished artist, lived in Weston for thirty years. His metal sculptures were a striking feature of his home on Kettle Creek Road, and several are on display in Weston. "Dan loved this town," Mr. Orenstein told us last year.

Library Director Karen Tatarka said simply, "I'm thrilled!" Ms. Przada said she "greatly appreciates the outpouring of support for this project." She thanked the members of the Historic District Commission for "their in-depth analysis."

The First Selectman said he was "very pleased" with the turnout for he meeting, especially on an evening where weather was less than accommodating. "It shows the true character of Weston," he said.

"I'm relieved that the town is going to have their voice heard, to have their opinions reflected in a public vote," said Dr. Spaulding. "The entire town will be given a chance to weigh in."

A public vote will be held toward the end of the process, which in many respects has only just begun. Design plans must be finalized, construction documents prepared, bids received, and plans developed for the ongoing operation of an expanded Weston Public Library. By the time all that is done, the town will have a much clearer picture, beyond the existing conceptual design, of the project's full scope and the significance of the opportunity.

September 6, 2019: "The Role of the Historic District Commission"