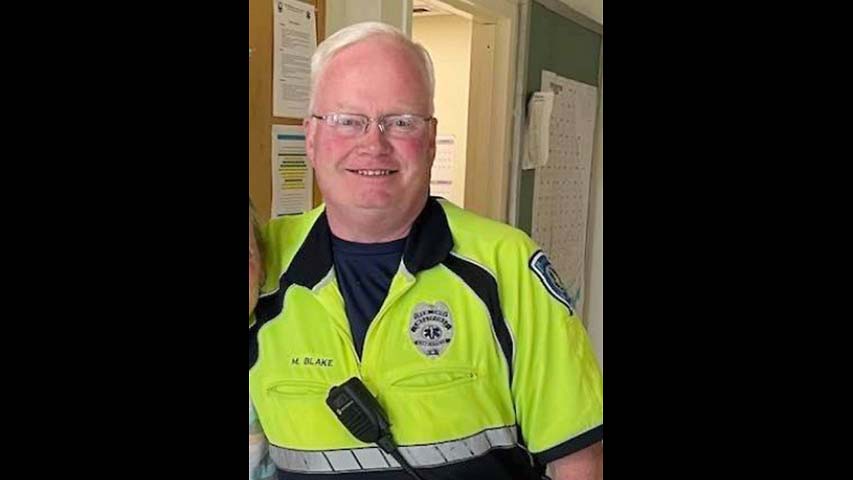 The annual Police Commission’s Citizen of the Year honor has been awarded posthumously this year, to the late Mark Blake, who passed away on September 20.

WVFD Chief John Pokorny told the Selectmen on October 6 that, in Mr. Blake’s 31 years of service, “Mark did so many things for the fire department. Being a firefighter was just part of it. There were so many behind-the-scenes things Mark did for us. We’re really trying to figure all that out.”

“We’re compiling a list now of all the wonderful things Mark did and trying to divvy them out,” Mr. Pokorny said. “It’s probably going to take ten people to do the things he did.”

“We live in a world of commentary,” said Mr. Schlechter. “Mark wasn’t a commenter. He was a doer. He was at a motor vehicle accident, and there was an improperly installed car seat. It affected him, and rather than being worried about it, he went and became an installer.”

“We will all miss him personally,” said Chief Schlechter, “and as members of the community, and leaders of these organizations. He’s the kind of guy that left a really big footprint.”

Chief Pokorny said, “The support we and his family have received has been overwhelming and unbelievable. We really appreciate what everybody has done.”

The Police Commission will present the Citizen of the Year award to Mr. Blake’s family in a ceremony to be scheduled soon.