Board of Finance to Decide Budgets 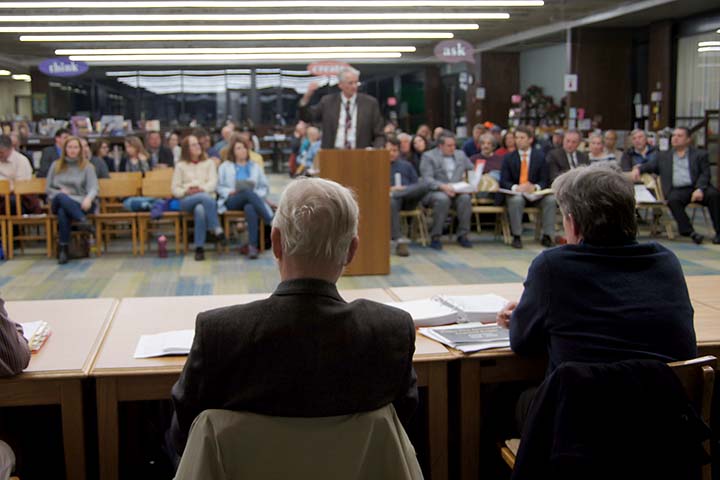 April 1, 2019 — On Tuesday evening, April 2, the Board of Finance will decide on budgets to put before the town for a vote. The meeting is at 7:00 in the Town Hall Meeting Room, but begins with an executive session on school security. The public portion will not start until some time later.

On March 26, the Board heard public comment on the budgets. Only nine citizens spoke.

For the most part, Board members were silent, so it was hard to discern how they view the budgets and what they will decide on Tuesday evening. But their responses to statements and questions provided a few clues.

There was little discussion about Board of Education capital spending requests, which largely consist of long overdue repairs to facilities that are showing their age. Capital items are physical purchases costing more than $10 thousand with a ten-year lifespan.

The school district's single largest capital request this year is for $350 thousand to repair the boiler and piping at Hurlbutt Elementary School's South House. The need appears urgent. The system is so degraded it requires constant maintenance at high accumulating costs.

For the most part, the Finance Board's capital focus was on whether the Town could economize by leasing new Public Works trucks instead of purchasing them. It is possible members will reduce the Town's capital items, either by insisting on a switch to leasing or by disapproving funds to purchase some vehicles.

One speaker deplored the condition of Weston roads. Back on March 4, recently-hired Public Works Director Lou Martirano told the Board of Finance that 34 roads in town are behind the 20-year repaving cycle and eight are in "desperate" shape. He also said the 20-year cycle itself is an outmoded metric from the 1980s. Since then, new regulations for asphalt ingredients reduce road lifespan to closer to 15 years, according to Mr. Martirano.

At that same March 4 meeting, several Finance members expressed dismay that road maintenance has not kept pace. They said they had been assured over the past several years that sufficient funds had been budgeted to maintain roads. Mr. Martirano estimated that repaving the eight "very poor" roads that need immediate attention would cost as much as $1 million. The Town's budget request is for $550 thousand, an admitted underfunding in view of existing fiscal pressures.

At Tuesday night's meeting, Finance chairman Steve Ezzes suggested thought was being given to issuing bonds to accelerate road repair.

Two speakers expressed opposition to the Town's plan to reduce operating hours at the Transfer Station. One said her residential hauler had already quoted an increased rate. That is surprising. So far, no final decisions have been made about the Transfer Station's days or hours of operation. We understand talks are still ongoing between Town officials, haulers, and workers.

First Selectman Chris Spaulding discussed the situation in detail, first explaining that some haulers, who pay $2 per ton of waste deposited, lately bypass the Transfer Station. In addition, while the Town currently is paid $15 per ton of recyclables, in two years that will invert: the Town will have to pay $85 per ton. The international market for recyclable plastic has virtually evaporated.

Dr. Spaulding said traffic is light at the Transfer Station during the week, and that he estimates only ten percent of Weston households use it for routine waste disposal. Those users, he said, are in effect being subsidized. For the Transfer Station to break even while keeping its current operating hours, Dr. Spaulding said sticker prices would have to rise to $5 or $6 per bag.

The Town will lose $140 thousand at the Transfer Station this year and possibly $220 thousand the year after next, unless operating costs are significantly reduced. "I don't want to do this, I hate doing this," said Dr. Spaulding, but has concluded intense pressure on the mill rate this year leaves little choice.

There were no specific public comments about the Town and Board of Education operating budgets, which both rise as proposed, largely due to contractual wage increases and higher benefits costs.

Two speakers called for a general re-think of Weston school spending. Both praised the quality of Weston education but suggested, as one put it, the schools should "re-invent how they operate."

Education costs are expected to rise by three to four percent each year going forward, not counting planned capital requests. There are major issues with existing facilities, especially the Middle School, and to a lesser degree Hurlbutt Elementary.

None of this is news to the district administration. The second phase of a wide-ranging facility study is underway, and School Superintendent Dr. William McKersie told the Board about a "three-site" approach, which appears to be predicated on a departure from the Middle School in favor of either a very large elementary school or having one building house two schools. In either case, construction would be required, and any implementation is several years away.

Dr. McKersie and the Board of Education appear to anticipate a reduction in the proposed school district operating budget, though we infer that from their comments, not from those by the Board of Finance.

Superintendent McKersie said the district has contingency plans in place, which have not been made public as they involve potential staff reductions. He also said the administration is working to "optimize" its core curriculum, presumably to deliver education with fewer resources.

Chairman Ezzes began the session by describing external pressures that make this year's budgeting a challenge. One is the recent property revaluation. Board member Allen Grauberd explained that the mill rate must rise to offset the Grand List fall, but the effect of that on individual tax bills depends on the new valuation of individual properties. The affect of spending increases is another matter.

The other major source of pressure comes from the State, although one fiscal threat to Weston no longer exists.

A component of Governor Ned Lamont's original budget proposal called for towns to assume part of teacher pension fund contributions. Earlier this week, the governor removed that provision, and the legislature's Education Committee approved language without it.

A separate proposed bill remains a hazard. If enacted, SB-431 would take away the Town's ability to tax motor vehicles, potentially pushing over $3 million onto real estate property tax rolls.

On April 24, Weston holds its Annual Town Budget Meeting. If there is a quorum, the Board of Finance's final budget proposals will be discussed and acted upon. At the ATBM, motions can be made and voted to reduce, but not increase, line items for the Town, Board of Education, Capital, and Debt Service budgets. Each budget will be subject to approval in its entirety by a machine-ballot referendum on May 4. 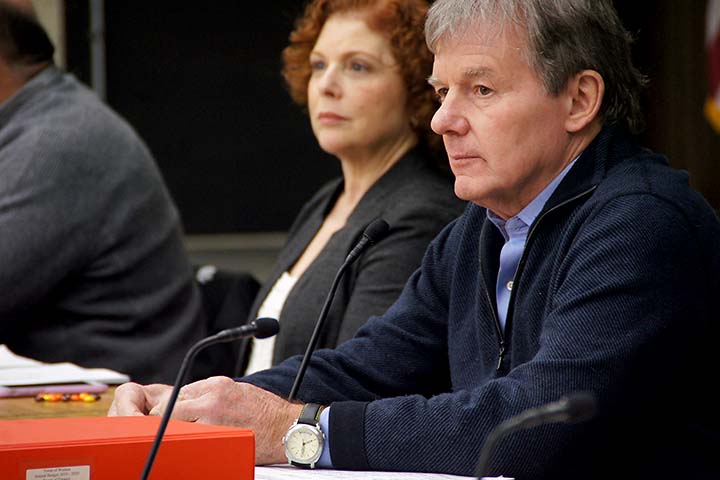