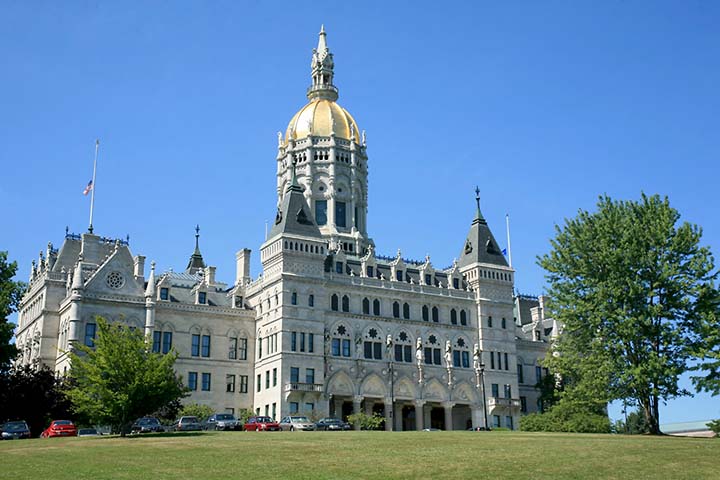 April 1, 2019 — On March 29, a joint committee of the State legislature approved bills to enact Governor’s Ned Lamont’s budget proposals for education while deleting a provision that would have forced towns to assume a portion of teacher pension fund contributions.

Also removed from the revised bills, which now move on to the General Assembly, were all references to mandates for school district shared services.

The Education Committee’s action was welcome news to Weston officials, where the pension fund formula would have added close to $1 million to Town expenses once fully phased-in over three years.

First Selectman Chris Spaulding said the decision “goes to show that calm, reasoned deliberation coupled with active citizen engagement can work, and demonstrates the need for open channels of communication between all levels of government and the public.”

The First Selectman had argued vigorously against the plan in a meeting with Governor Lamont and Fairfield County leaders at Weston Town Hall on February 26. The meeting had been arranged by State Senator Will Haskell.

Dr. Spaulding said he is “thrilled that the governor and local legislators took the time to come to Weston, participate in a lively and honest discussion, listen to what municipal leaders and citizens had to say, and eventually incorporate that feedback into more favorable and fair legislation for Weston.”

No Mandates, No Regionalization

In a statement on Wednesday, the governor said: “The truth is that our students and teachers are not getting the adequate resources they need in the classroom. Sharing certain back-office administrative services and purchasing costs is more efficient for certain schools.”

“I’ve also heard the concern that school districts need independence to make the decisions they feel are best,” the governor continued. “My revised proposal seeks to strike that balance through a collaborative process that preserves the feisty independence of our towns while providing them the tools they need to accomplish our shared vision of focusing resources on the classroom.”

Senator Haskell said “I applaud Governor Lamont for clarifying his approach toward school collaboration, and I am happy to see he understands the concerns of my constituents.”

Mr. Haskell added that “at his budget address, the governor said he would approach public policy with an open mind. He asked that instead of running to a microphone every time we disagree, we sit down and have a conversation. I did just that because I think that’s what real representation looks like. Our constituents aren’t well served when we simply say no. I’m grateful for all of my constituents who made their voices heard. I listened to their passion and knowledge and brought their perspective with me to Hartford. I look forward to continuing this discussion for the best possible outcome for our students. This is exactly what democracy looks like.”