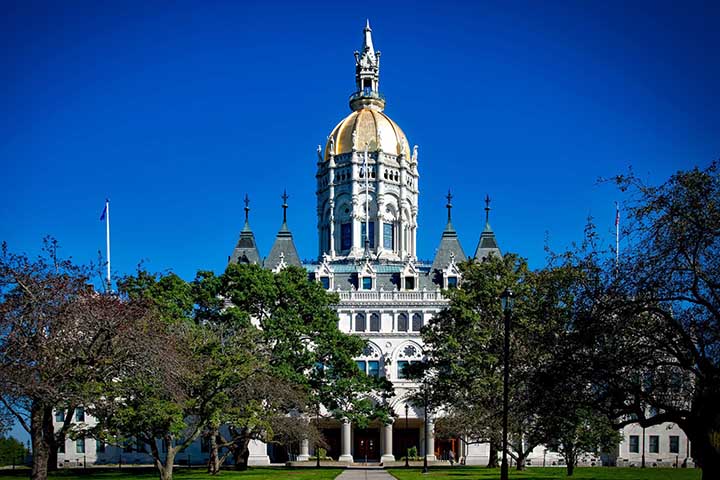 February 5, 2019 — Weston representatives continue to speak out against proposed State legislation that would directly affect the town’s school district and financial position.

As we previously reported, a proposal to force consolidation of school districts in towns like Weston is strongly opposed by State senators Will Haskell and Tony Hwang. Representative Anne Hughes has also weighed in, saying she does not believe such legislation “will achieve its goal of substantial savings without sacrificing educational quality.”

In a statement, published here as a Letter to the Editor, the Democratic Town Committee said the measure would “have a severely negative impact on Weston’s schools and property values.”

The Committee and all three legislators also oppose draft legislation to repeal the municipal property tax on motor vehicles and exempt from municipal tax the first $25 thousand assessed value of business personal property.

On the surface, that bill may come across as welcome relief to Weston taxpayers. It is far more likely to have the opposite effect.

The Town of Weston currently collects over $3 million each year in motor vehicle taxes. Barring massive cuts to Town and school district spending, that revenue would have to be replaced. The mill rate would rise. So would tax bills. The Town collects nearly $1 million in personal property taxes. The loss of all or a portion of that revenue would also have to be offset.

In addition, motor vehicles taxes would not go away. The municipal tax would be replaced by a statewide tax of between 15 and 19 mills. In theory, those revenues would be redistributed to towns. The draft legislation makes reference to increasing special education grants. But it appears distribution of funds would be on a “needs-based” formula, an approach that usually results in Weston receiving little or nothing.

First Selectman Chris Spaulding’s reaction to the proposed bill, SB-431, was blunt. “I don’t support it in any way. There is no benefit to Weston at all.”

How the State Would Use the MoneY

The bill, which has not yet been drafted, also specifies that State motor vehicle tax revenues would by used to fund PILOT program reimbursements to municipalities. “PILOT” stands for “payment in lieu of taxes,” a way for the State to reimburse cities and towns where the tax base is reduced because tax-exempt facilities such as universities and hospitals are built.

PILOT funds are often diverted from intended purposes as the State continues to struggle with deficits and a mountain of accumulated debt.

In a Weston presentation last August, Keith Phaneuf of the Connecticut Mirror explained that the city of Hartford, where 51 percent of all land is tax exempt, was originally promised 70 cents of PILOT funds for each dollar lost with exemptions. Over time, actual payments steadily decreased, falling to 21 cents on the dollar. Mr. Phaneuf said that, had PILOT promises been kept, Hartford’s financial position might never have reached the point of calamity.