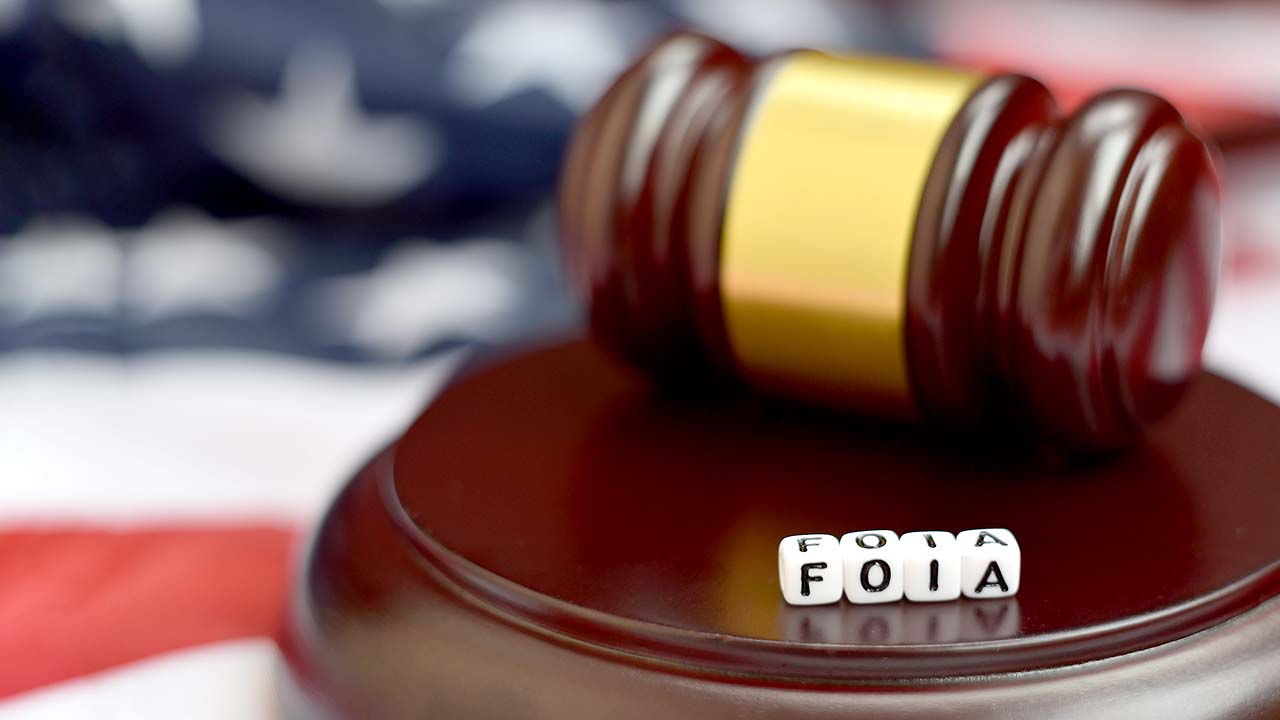 For over three years, a ceaseless barrage of Freedom of Information Act (FOIA) demands and complaints filed by two residents has cost Weston taxpayers an amount approaching $250,000 for legal services.

And now, the deluge has exhausted the patience of the executive director of the state’s Freedom of Information Commission.

By our calculations, the nearly quarter-million is split almost evenly between the Town and school district, and may have already reached that mark as complaints continue to be filed and more bills arrive.

Costs have also been imposed on taxpayers for hundreds of staff hours at Town Hall and on School Road, time spent collecting tens of thousands of documents and vetting them to ensure they can legally be disclosed.

It has become necessary to hire additional staff whose only job is to respond to FOIA requests, and volunteers who serve the community have been burdened with demands to search for records and attend hearings.

FOI Commission Executive Director Colleen Murphy has asked the Commission to summarily deny hearing two new appeals from Gregg and Jenn Haythorn, who have, since 2019, filed 22 complaints with the Commission and had 13 hearings, a number that has “overburdened the Commission” after Mr. and Ms. Haythorn repeatedly requested “voluminous records from multiple officials” in Weston.

Hearing the new complaints would, according to Ms. Murphy’s January 5 letters, “constitute an abuse of the Commission’s administrative process” and “perpetrate an injustice.”

By our count, so far Mr. and Ms. Haythorn have submitted well over 200 FOIA records demands to Town Hall and the school district.

1. “Why all the legal fees? Why do they need attorneys?”

Officials and members of boards and commissions who are named in a complaint are represented by counsel because Freedom of Information Commission hearings are legal proceedings. Testimony is taken under oath, and the Commission has the power to impose civil penalties.

2. “Why don’t they just turn over the documents?”

They do. And it doesn’t matter, as illustrated by two cases that represent the whole.

The Case of the Secret Campaign

Weston’s Town Charter requires that elected boards and commissions appoint a chair and vice chair every January. Nominations are made, votes are taken.

This is typically item number one on the agenda at the first meeting in a new year, and it is almost always an automatic reelection of the existing officers, assuming they wish to continue serving in that capacity.

And so it was in January of 2020, when the Board of Finance unanimously reelected chairman Steve Ezzes (who now chairs the Board of Education) and vice chair Rone Baldwin. As is usually the case, the Board took about a minute to discuss nominations and vote, then got down to business.

To Mr. Haythorn, the speed of the election, despite its utter normality and that it usually goes that way, was evidence that a secret campaign had been waged behind closed doors. Three days after the Board of Finance meeting he filed a FOIA demand for all records and communications between Board members on the matter.

And he got them, three days later.

The records consisted of two email reminders to put the chair and vice chair election on the agenda and the agenda itself, which contained the item: “Discussion/decision regarding the appointment of Chairperson and Vice Chairperson of the Board of Finance.”

This apparently did not sit well with Mr. and Ms. Haythorn, who then filed a complaint with the FOI Commission alleging that documents had been withheld and claiming that a meeting had been conducted without the required public notice.

The request for a hearing was granted — an indication of how low the bar is to get one — where Mr. Haythorn argued that the absence of non-existent documents proved their existence, that it was “reasonable to expect” so, and that it was “implausible” to think this was anything other than a “pre-orchestrated unanimous reelection” done illegally behind closed doors. That was it from him for evidence and facts.

Mr. Ezzes, Town Administrator Jonathan Luiz, and an attorney for the Town had to be present to refute the allegations. At the time, due to Covid-19, FOI Commission proceedings were held remotely. Now, everyone has to schlep up to Hartford, which will undoubtedly drive up expenses borne by taxpayers.

The hearing officer was unpersuaded by Mr. and Ms. Haythorn’s suspicions and speculations, finding based on testimony that “the respondents [the Town] did not engage in unnoticed meetings to discuss the re-election of the chairperson or the vice chairperson of the Board of Finance.”

The full Commission agreed with the report and dismissed the complaint several weeks later. One commissioner noted that Mr. Haythorn had actually corroborated the Town’s account by acknowledging that the discussion and decision had, in fact, taken place in full public view. The commissioner said the brevity of the discussion did not matter.

As far as we can tell, no provision of the Freedom of Information Act gives municipalities, school districts, or taxpayers a means to recoup the costs of baseless FOIA complaints.

Last October, the FOI Commission dismissed a complaint filed by Mr. and Ms. Haythorn against the Weston Public School District and superintendent alleging that records requested as far back as November of 2019 had not been produced or were not produced promptly.

By then, according to the Commission’s hearing officer, they had already received some 32,000 pages of documents at a cost of 150 staff hours.

The records had to do with enrollment projections going back several years and everything one can think of about the 2020-21 fiscal year budget. A fuller description appears as a footnote to this article, because it is long.

The Commission attorney held exhaustive hearings on four days over the course of nine months, eventually ruling that all requested records had been provided, and promptly so, even though it had taken quite a while. The law acknowledges that public officials have many other responsibilities and does not require them to drop everything for records requests.

The ruling noted that the tally of documents district staff had been forced to painstakingly retrieve was actually “significantly higher” than 32,000 when taking into account all that had to be reviewed prior to disclosure.

Review is required because some documents are exempt from disclosure, especially those where disclosure could violate privacy laws. There would be serious liability and legal consequences if records of that nature started showing up on social media.

The finding also noted that, early on, the district administration had asked Mr. and Ms. Haythorn if they would like to narrow the scope of the request or at least indicate which records could be prioritized, knowing that retrieving such a large volume would require much effort and time. Mr. and Ms. Haythorn declined.

The hearing officer also pointed out that during the time the requests were pending, Mr. and Ms. Haythorn had submitted 99 records requests from multiple years and from many individuals, which “significantly contributed to the delay.” For much of that time the district was understaffed while grappling with the challenges of keeping education going at the height of the pandemic.

The FOI Commission director asks leave to deny hearings for two new appeals from Mr. and Ms. Haythorn, who have already been to the plate 13 times, with nine at-bats to go, while “hundreds of individuals, other than the complainants, await their first opportunity to appear before the Commission to pursue their claims.”

One of the new complaints alleges that the Town’s Facility Optimization Committee failed to provide documents relating to an Operational Analysis presented a year ago, despite being told they had all been transmitted. Once again, Mr. Haythorn insisted that the response did not include “records reasonable to expect to exist.”

Ms. Murphy also asked the FOI Commission to deny hearing yet another complaint lodged by Mr. and Ms. Haythorn against the school district, because it is a duplicate. A hearing was already held. A final decision was already issued.

That happened last July. The case was dismissed.

“The complainants brought this matter despite the fact that they were aware of the previous filing,” wrote the executive director.

The matter was a charge that the district had failed to respond to a request in 2020 for all documents et cetera regarding an analysis of whether the school district might be able to save money by leaving the health insurance State Partnership Plan.

The FOI Commission ruled last July that the district had “been appropriately responsive” to the request and had “made reasonable efforts to promptly comply.” The Commission further found, once again, that any slowness in the response was caused by the request being unclear, broad, “and the fact that the complainants made a large volume of records requests.”

The scope of the FOIA demand that eventually produced 32,000 pages included all documents and communications regarding enrollment projections going back to 2015 and all Board of Education and school district administration “hand-written and electronic notes, worksheets, correspondence, emails (active, archived, and deleted whether generated by a BoE member or received by the BoE member directly or as a cc).”

The demand for correspondence specifically included “those between private residents, DTC [Democratic Town Committee] members, other Board members of all 3 Boards, District cabinet members, demographers, etc.”

June 18, 2021:  Costs to Taxpayers of Document Demands and Complaints Rise