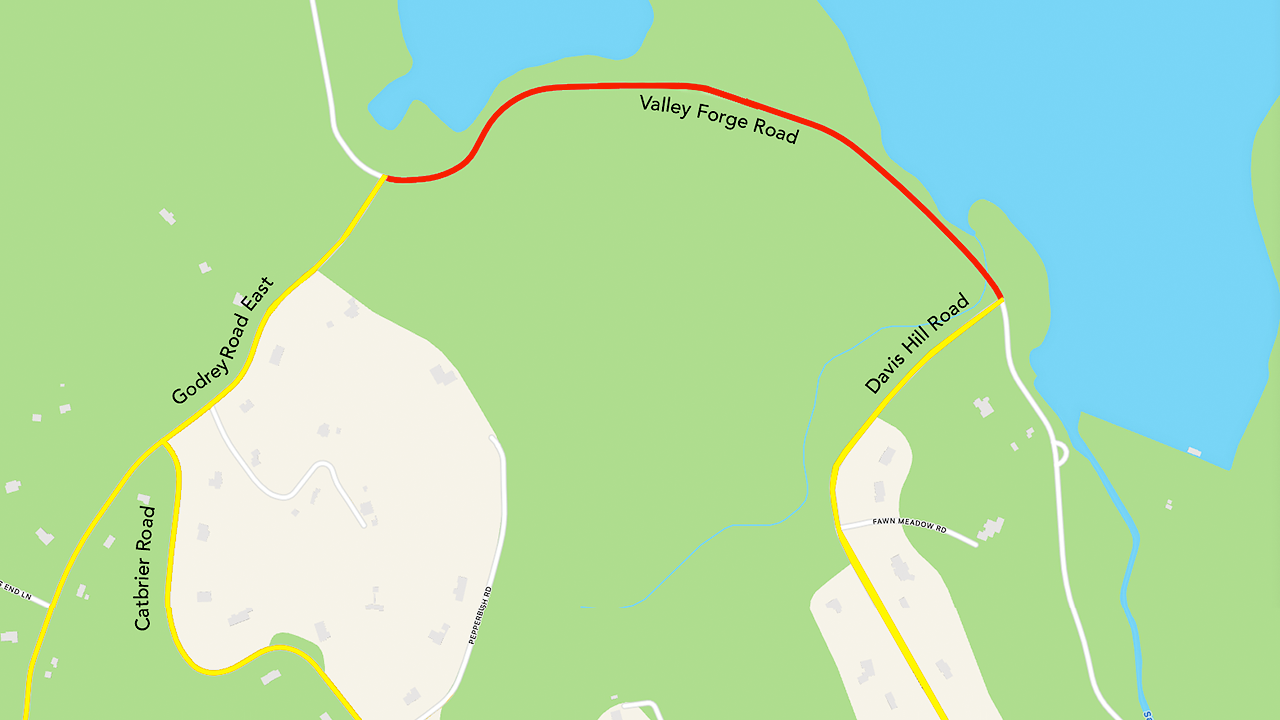 A portion of Valley Forge Road will be closed for at least one month beginning on or around April 4, from Godfrey Road East to Davis Hill Road.

The dates and duration of the project may change due to weather.

Degradation has become critical on a slope on Valley Forge Road about 265 feet below Godfrey Road East. The loss of embankment appears to have been hastened by the remnants of Hurricane Ida, which passed through Connecticut last September 1.

Public Works Director John Conte told the Selectmen, Board of Finance, and Conservation Commission in December that soil has been lost on the edge of the road and that existing guide rails will not bear much weight.

A particular concern is for heavy vehicles that use the road, including fire trucks. 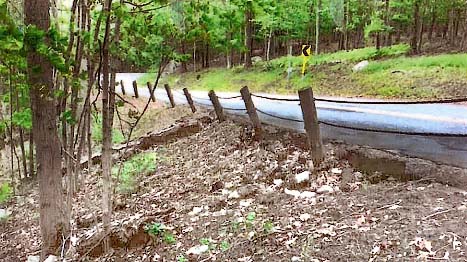 Work will resemble repairs completed in January of 2020 to a stretch of Valley Forge Road near Davis Hill Road. Soil nails — 15-foot steel rods — will be driven into the hillside and encased with a steel mesh and timber supports, then covered with concrete.

That embankment, according to Mr. Conte, was built long ago with support from telephone poles. As the slope eroded, the poles were exposed and rotted. About 90 feet of the embankment need restoration. When the project is scheduled, it is expected to take about a month, most likely involving a closure of some portion of Newtown Turnpike.