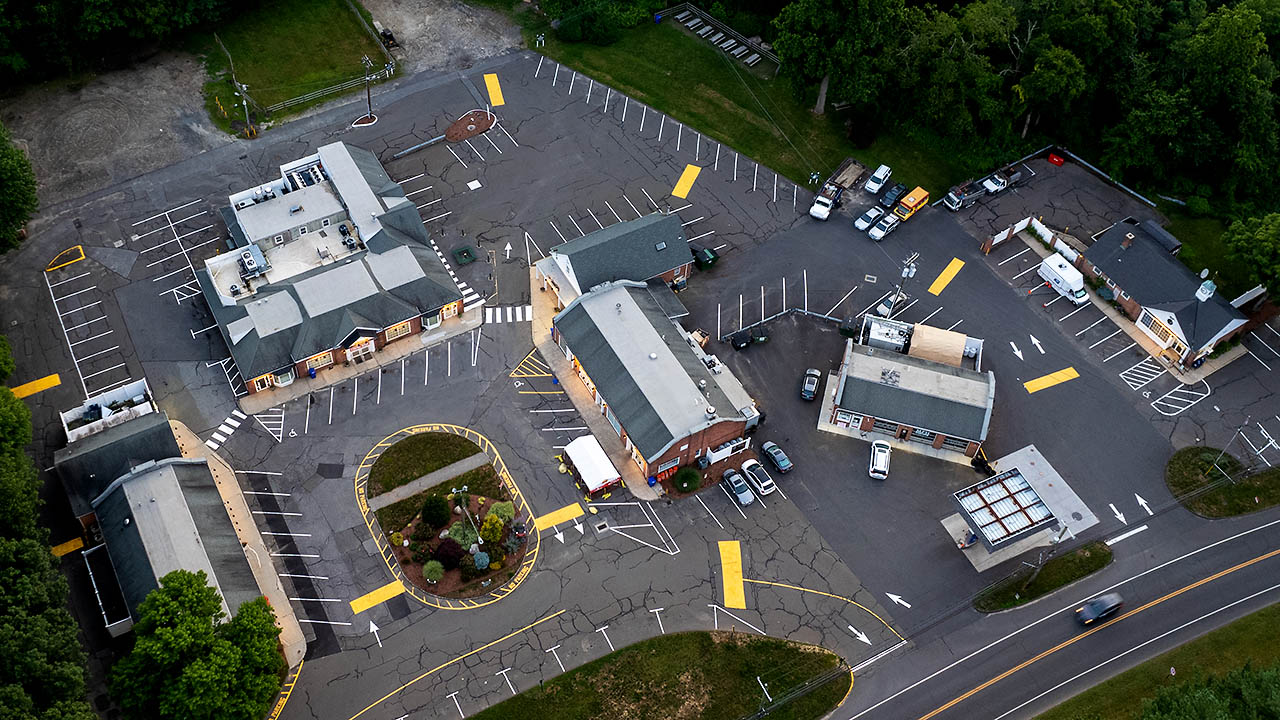 On Tuesday evening, after again hearing from the public, the Planning and Zoning Commission voted to adopt new zoning regulations that create a Village District in town center. The new regulations go into effect as soon as October 18.

“Wow,” said Commission chair Ken Edgar when the vote was final. “That's two years of our lives behind us.” He congratulated and thanked his fellow commissioners and the consultants from SLR (formerly Milone & MacBroom) who assisted throughout the process.

It’s actually closer to three years, when one includes the work leading up to the 2018 townwide survey that informed P&Z’s ten-year Plan of Conservation and Development. The POCD anticipated the creation of a Village District, after a series of public workshops, studies, and hearings were conducted to gauge public sentiment.

The new zoning creates what Mr. Edgar called a “palette” for increased commercial development and more diverse housing options in the center of town. Everywhere else, nothing changes in what is essentially all-residential Weston, where lots are zoned for a minimum of two acres.

While the Village District regulations are far more specific than the Neighborhood Shopping Center District guidelines they replace, there are limits to the Planning and Zoning Commission’s purview.

The regulations do not, for example, explicitly address the impact individual new developments could potentially have on infrastructure, the environment, water, septic, traffic, or existing facilities. However, on a case by case basis, applications for any proposed new development would have to pass muster in all those respects from a number of bodies: P&Z, the Conservation Commission, the health district, possibly the state’s Department of Transportation, and others. The Historic District Commission will also have a say in some cases. 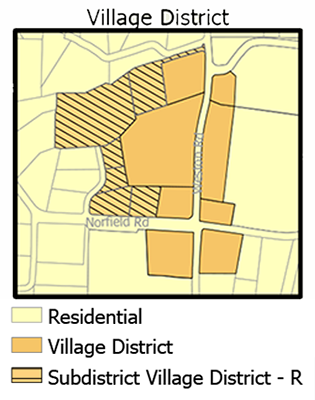 The Village District regulations stipulate the kinds of businesses that would be acceptable and those that would not, but assessing the financial viability of any or all businesses is also not in P&Z’s purview. That would be the province of entrepreneurs, who will presumably be duly diligent, with the outcome left to be decided in the marketplace.

Assuming anything happens at all.

Much of the property in the Village District is held by the owners of Weston Shopping Center. If they have plans to expand or build on the land behind the center, which is now in a residential sub-district, they have not said so publicly.

On the Four Corners, the Jarvis property is town-owned, as is the stretch on Weston Road from the Onion Barn to the bus depot on School Road, both of which are in the Village District. Ideas abound for what to do with these properties, but action in the near to mid term appears wishful.

The other Four Corners properties are privately owned. If plans exist to develop two of them, they have not been disclosed.

There is an intent, if not yet a plan, to make commercial use of one corner: 48 Norfield Road, the historic Georgian house on Weston and Norfield Roads, once used as law offices. As we reported previously, Jess DiPasquale, the property’s owner, hopes to open a pub or restaurant that might, during the day, also have meeting rooms where people can interact or work.

Mr. DiPasquale was elated by P&Z’s action, and said he was “very impressed with the detailed plan developed by Planning and Zoning to create a vision for Weston’s future.”

“Ken Edgar and the team of commissioners, along with their consultants, have done a fine job thinking through many details of the Village District,” he said. “This plan will enhance the quality of life in Weston for many years to come.”

Mr. DiPasquale obviously has an interest in commercial zoning on the Four Corners, but said, “even if I didn’t own the property, it would mean just as much. People have wanted this for a long time. I believe home values and quality of life in Weston will benefit.”

Mr. Edgar said the creation of the Village District is “the culmination of years of work to achieve the goals expressed by Westonites to create opportunities for more amenities, diversified housing options, and a more cohesive, walkable town center.”

“I commend the community for the great interest and input,” he said, “and I commend my fellow commissioners for all their hard work.”