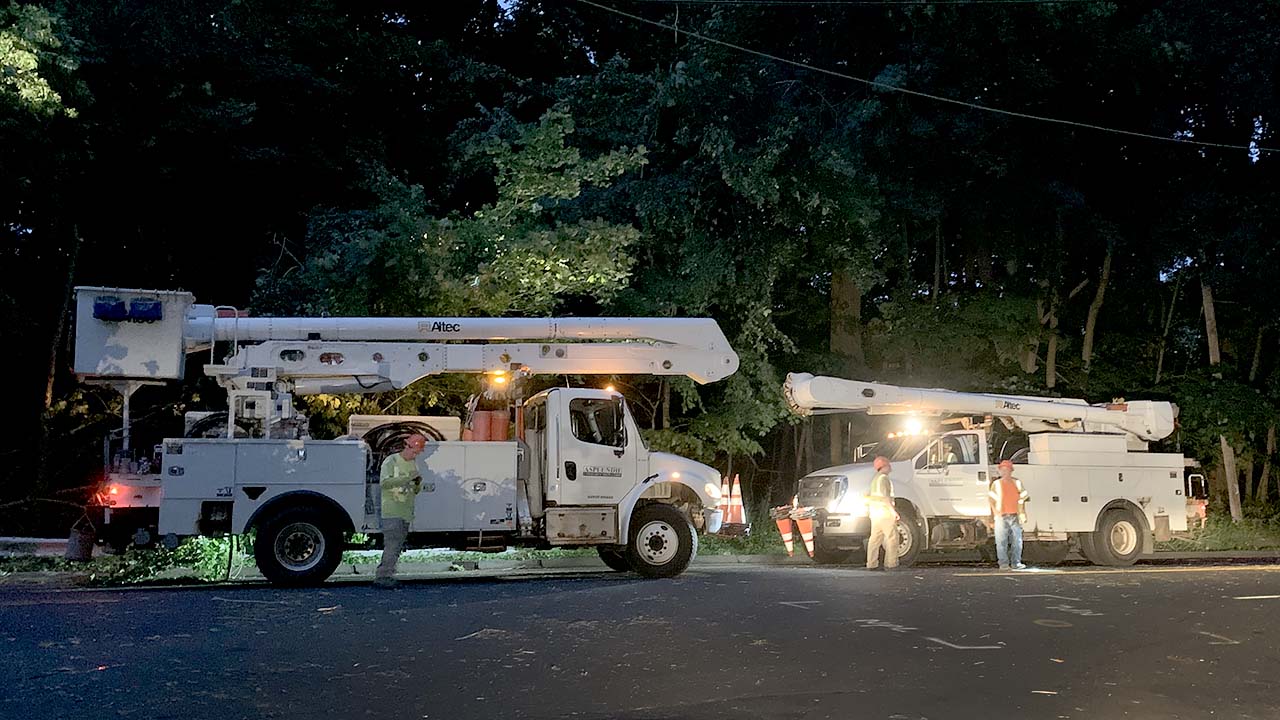 In a settlement with the state, Eversource will return $65 million to customers, set aside $10 million to assist others, stabilize electric rates until at least January 2024, and decline to appeal a $28.4 million penalty assessed by the Public Utilities Regulatory Authority.

Terms of the settlement, released on Friday evening by Governor Ned Lamont and Attorney General William Tong, relate to “significant deficiencies in the utility’s response to Tropical Storm Isaias” in 2020.

The agreement between Eversource, the Attorney General, the Department of Energy and Environmental Protection, and the state’s Consumer Counsel was submitted to PURA for review and approval.

Under its provisions, Eversource customers will receive credits on their utility bills in December and January. According to a statement from the governor’s office, the average customer will receive a $35 total credit. A credit for the PURA levy already appears on bills as “TS Isaias Performance Penalty.”

The $10 million will be used to assist customers having difficulty paying utility bills. Currently, all customers can participate in a 24-month payment plan, free of fees and interest, to pay down arrears and avoid a service disconnection. Information about assistance from Eversource is available by telephone at (800) 286-2828 or with a visit to eversource.com/billhelp.

The agreement compels Eversource to create a new Connecticut-based president of Connecticut Light & Power and add seats to its governance board for representatives from Connecticut. The aim is to improve local accountability and control.

The company has also committed to expanding its training and apprenticeship programs to enhance line worker career opportunities and staffing in the state.

“Our focus in this process has been on accountability to the ratepayers of Connecticut,” said Governor Lamont. “With this settlement, ratepayers get some well-deserved relief in the short-term, and in the long-term they get more security that something like this won’t happen again.”

“Eversource failed its Connecticut customers and put families at risk after Tropical Storm Isaias,” said Attorney General Tong. “That cannot happen again. This is a powerful agreement, but Eversource still has a lot of work ahead to earn back Connecticut’s trust. I will be watching carefully to ensure every term of this agreement is honored.”

A “deep commitment to Connecticut”

In a statement, Eversource representative Mitch Gross said the settlement and improvements made in the aftermath of Isaias signal the company’s commitment to Connecticut and an intent to regain public trust.

“This settlement provides tangible relief for our customers as we continue to deal with Covid-19 and prepare for the heating season. The settlement is a reflection of our deep commitment to Connecticut.”

“We learned valuable lessons as a result of Tropical Storm Isaias and we’ve carried forward numerous improvements that have changed how we communicate during storms. We are intent on winning over ‘hearts and minds’ in Connecticut by demonstrating our commitment to both customers and Connecticut leadership, at a time when we must work together to deliver a new clean energy future.”