House Passes 'Take Back Our Grid' 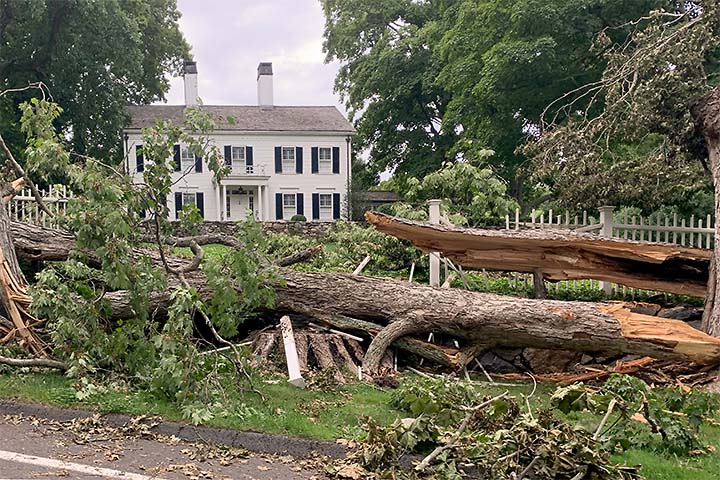 In special session on September 30, the Connecticut House of Representatives passed the "Take Back Our Grid" act by a vote of 136–4. The bill now goes to the State Senate. (Update: on October 1, the State Senate passed the measure with a 35–0 vote.)

As approved by the House, the act requires power companies to submit a report by January 1 to the Public Utilities Regulatory Authority (PURA) and the House Energy and Technology Committee outlining storm preparation and response plans.

The measure also includes a requirement that power companies compensate consumers for extended power outages. Customers would be paid $25 for each day power is out beyond 96 consecutive hours and would be eligible to receive up to $250 for medicine or food lost.

State Representative Anne Hughes, who co-sponsored the legislation, said, "There was massive constituent demand for this legislation from all parts of the political spectrum."

Rep. Hughes acknowledged that the bill "is not as comprehensive as we first envisioned," but added that it is "a critical first step that we can take right now."

"It was important for us to act now, in response to public demand that we hold our power monopolies more accountable," said Ms. Hughes. The bill, she said, will "increase the oversight framework that has restricted our ability to prohibit utility rate hikes," especially as Eversource and United Illuminating dealt with "storm response so poorly in the midst of this global pandemic."

Rep. Hughes, shown in the photo below in front of her Easton home after Tropical Storm Isaias hit, intends to propose additional energy-related bills in the next regular session of the Legislature, measures that would double virtual net metering and encourage more small-scale renewable energy projects, including solar. All of these, she said "are a vital element of climate response." 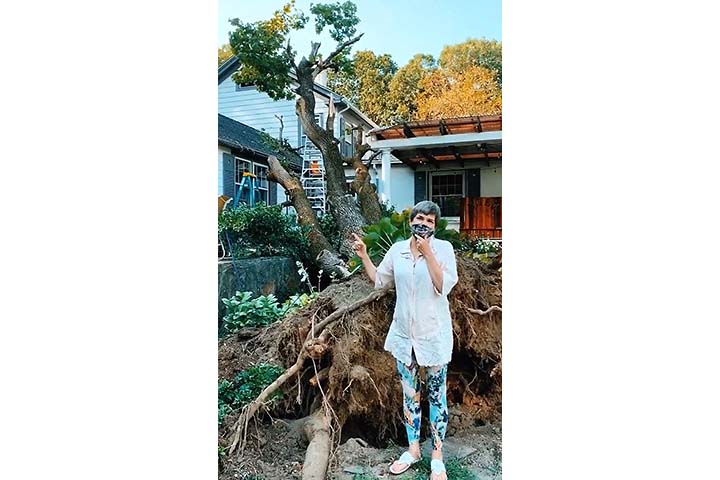