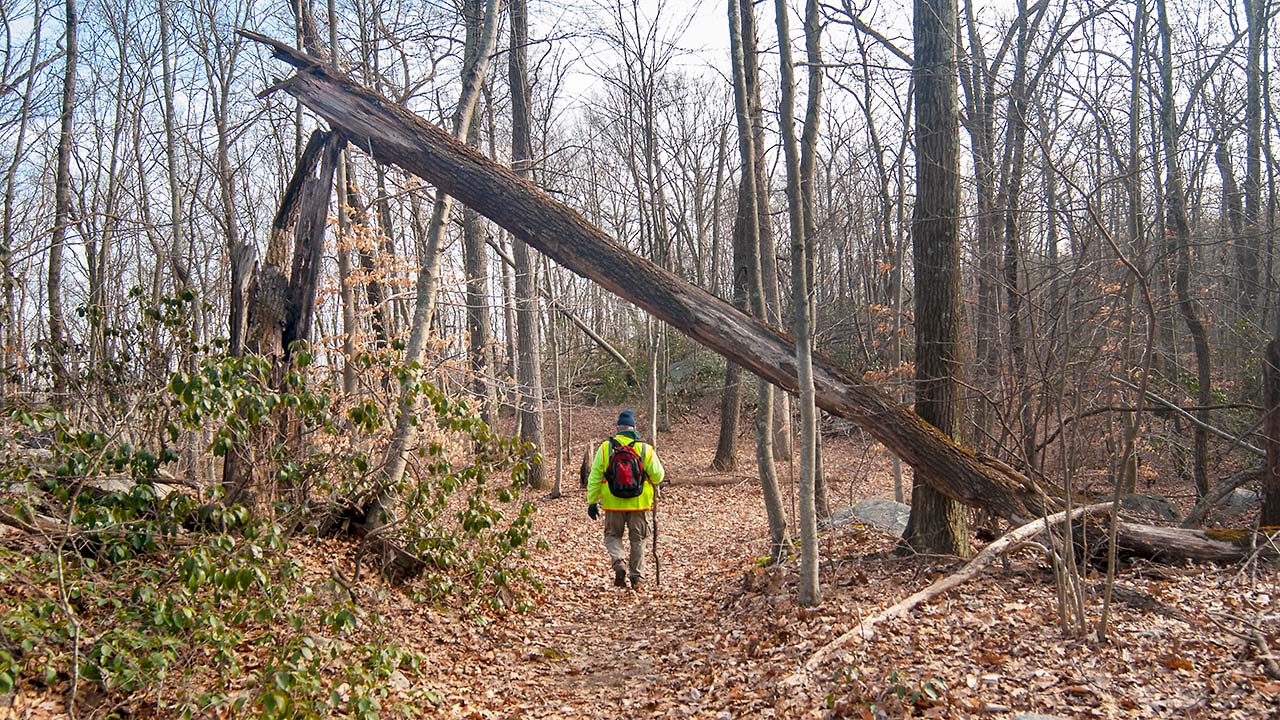 On Thursday evening, September 9, a Special Town Meeting will convene on the front steps of Town Hall to discuss the proposed sale of the town-owned Fromson-Strassler property to Aspetuck Land Trust.

After discussion, the meeting will adjourn until Saturday, September 18, when a machine ballot vote will take place at the Town Hall Meeting Room from noon to 8:00 pm. There will be no absentee ballots.

The ballot will call for a yes or no vote on one question: Shall the Town of Weston sell to the Aspetuck Land Trust, Inc. real property commonly known as the “Fromson Strassler Property,” containing 85.879 +/- acres of vacant and unimproved land and located at Upper Parish Drive, Georgetown Road and 15 Wampum Hill Road, Weston, for the purchase price of $1,143,750?

The property gets its common name from former owners Howard Fromson and David Strassler who, in 1998, obtained Conservation Commission approval and building permits for eight residential lots on the land. But they later changed direction, and applied for permits to build 18 lots of affordable housing.

The Planning and Zoning Commission rejected that application, primarily on the basis that a new inlands wetlands application had not been filed, that a proposed access road was unsafe, and that planned septic systems were inadequate.

Mr. Fromson and Mr. Strassler sued. In mid-2002, the court ruled in favor of P&Z. Potential further legal action and future development were forestalled when, in 2003, the Town proposed purchasing the property for $2.25 million and voters approved bonding to do so.

The potential sale value of the land — roughly half of what the town paid for it in 2003 — first became known when appraisals were conducted in 2018, upon Town and Aspetuck Land Trust officials learning that a State grant opportunity, if won, could cover 65 percent of the transaction.

The Land Trust did win the grant, and provided its 35 percent match from donations, the lion’s share from the estate of Daniel E. Offutt III.

Last month, in the August 19 Board meeting, Selectman Stephan Grozinger summed up why the land’s value was less than it was in 2003. He said the property’s development potential, according to appraisals, is “speculative,” and possibly limited to at most two lots. It has a rugged, rocky topography, plenty of wetlands, and an Eversource power transmission easement cuts a swath down the middle.

Mr. Grozinger pointed out that, with the threat of ongoing litigation, the town may have bought the property “kind of under duress.” He noted that “the housing bubble burst” only a few years after the acquisition, took several years to bottom out, and since then an increase in State regulation makes developing land more difficult.

“An appropriate price at the time”

Asked if the town overpaid, Mr. Grozinger said, “I doubt it,” and pointed out that the then-sitting Selectmen and the voting public concluded it was “an appropriate price at the time.”

Mr. Grozinger dispelled the notion that the Town was selling to the Land Trust at a discount. “This is the demonstrated value of the land as it stands today,” he said. “This is what we would sell it to a developer for.”

The land has enormous environmental value, according to Aspetuck Land Trust director David Brant, who addressed the Selectmen and the public at the August 19 meeting. His 17-minute overview of how Fromson-Strassler completes some of his organization’s long-held preservation ambitions can be seen at the 21-minute mark of the August 19 Board of Selectmen video.

As First Selectwoman Samantha Nestor pointed out that evening, Fromson-Strassler was purchased at a time the Town was banking property for possible future municipal use. It was not set aside as open space. But if the sale to Aspetuck Land Trust consummates, a deed restriction ensures it will be preserved as open space in perpetuity.

Where the money would go

According to Town Administrator Jonathan Luiz, because Fromson-Strassler was acquired by the town with a bond, proceeds from the sale of the land can only be used for two purposes: retiring debt and capital projects.