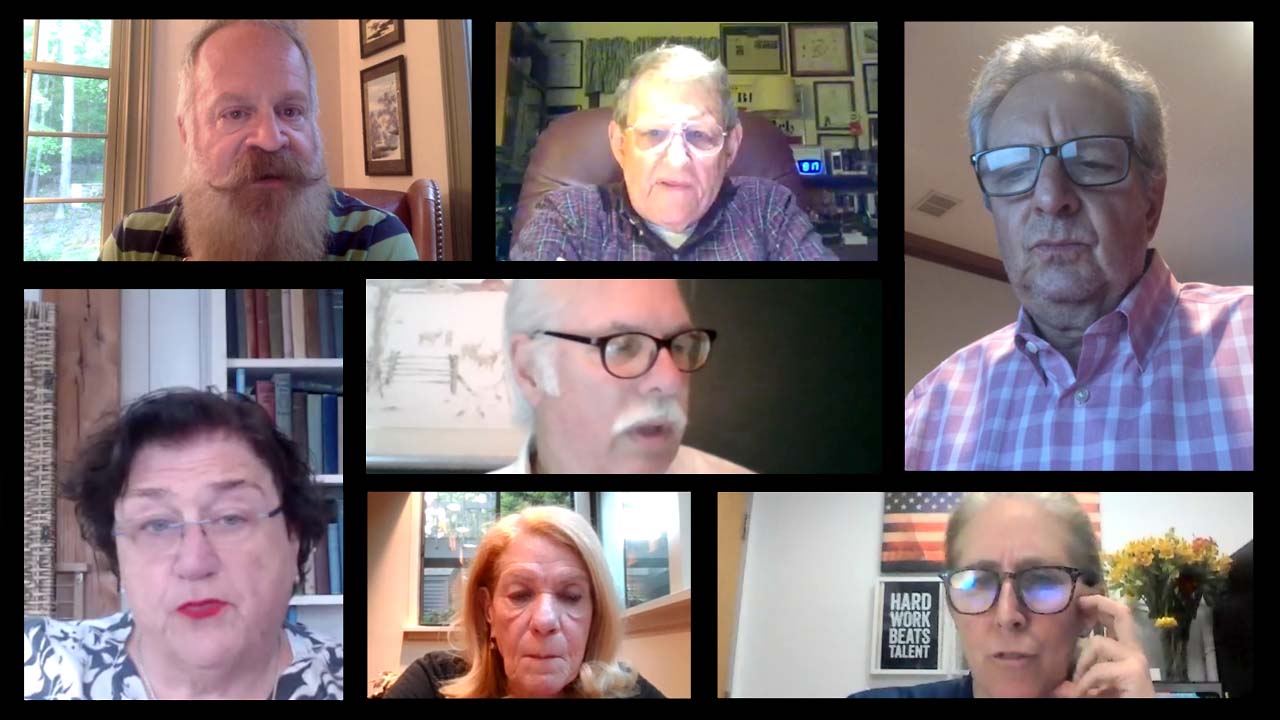 On Tuesday evening, the Weston Board of Police Commissioners put off until June discussion of next steps regarding the police and Commission response to a long-standing citizen complaint.

After the Commission’s May 6 meeting, which was attended by hundreds, Chair Beth Gralnick had said the board would, on May 18, begin addressing “the topics raised at the May 6 meeting and set a plan for further discussions on steps to be taken going forward.”

The Commission heard on May 6 from Walter Simpson, the Black Weston resident who was confronted by police after a 911 caller reported his actions as “suspicious.” They also heard from the public. Dozens spoke on the Zoom call, many harshly critical of the lack of action on a complaint Mr. Simpson filed the day after the incident.

Despite what can be described as a public outcry, the promised follow-up was not on Tuesday evening’s agenda.

Commissioner David Muller wanted to know why. He noted that it had appeared on a draft agenda sent earlier to Commission members.

Ms. Gralnick said “a majority” of commissioners requested the meeting be devoted to unfinished business from the May 6 session.

“So we will have gone a month after the meeting we had on the 6th without any feedback,” said Mr. Muller. “I do not understand why we are not addressing a topic that more people were interested in than voted about their taxes this year.”

Commissioner Peter Ottomano disagreed. “There’s no sprint involved here,” he said. “I know there’s a lot of interest, but that doesn’t mean we need to go faster than we normally do … what’s the hurry?”

Mr. Simpson first lodged his complaint in November of 2019.

“The hurry,” said Mr. Muller, “is that the Board of Selectmen is already moving ahead” with some of Mr. Simpson’s suggestions. “And we are woefully neglectful if we do not address it.”

In their meeting this Thursday evening, the Board of Selectmen will indeed begin considering recommendations by the Town’s Diversity Equity and Inclusion Advisory Committee, one of which is to establish an independent civilian police review board.

That seemed to surprise and perhaps alarm some commission members. Jess DiPasquale doubted that the Selectmen “can move ahead with something that affects the Police Commission” and its powers under state statute.

Mr. Muller pointed out that the Police Accountability bill enacted last year by the Legislature gives towns the ability to create a review board if they wish. The bill also gives towns the option to bestow certain powers on a review board that are not granted to police commissions. It is possible that a conflict of statutory powers could arise in towns that have a commission as well as a review board. Any such conflicts would have to be ironed out if the Selectmen decide to proceed.

Mr. DiPasquale said the Commission should look closely at the legality of the law and then “immediately decide what we’re going to do.”

Mr. Ottomano said it would be “outrageous if the Selectmen are going to take steps involving the police department,” but was cut off when Commissioner Susan Moch said the matter should be addressed in executive session.

It is not clear why. Discussion of a potential turf war does not readily appear to fall into exemptions enumerated in Connecticut’s open government statutes, which define what can and cannot be discussed out of public view.

In the end, Chairwoman Gralnick agreed with Ms. Moch, and the meeting moved on to the Commission’s unfinished business.