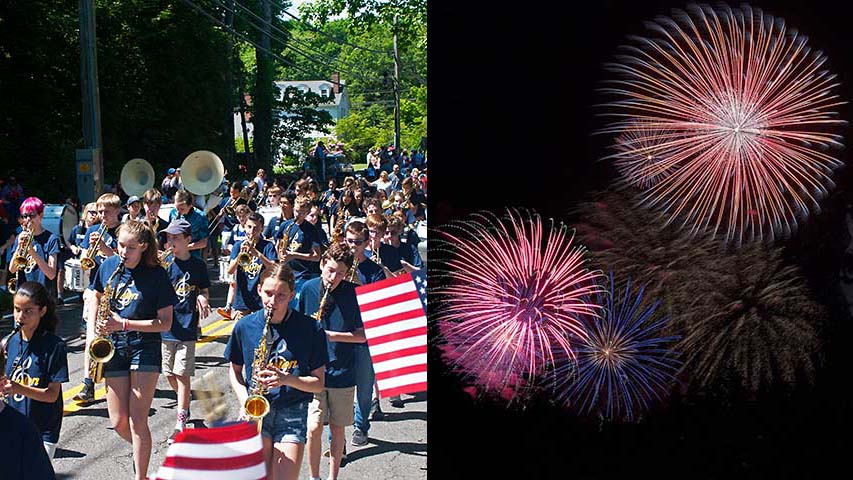 Hopes for a return this year to traditional Memorial Day weekend events will not be fulfilled. And while the Parks and Recreation department is exploring whether Fourth of July celebrations are possible, prospects for that event are in serious doubt.

The Weston Volunteer Fire Department announced this week that, considering the ongoing threat posed by Covid-19, “it seems clear that this is not the time to let down our guard” and proceed with the Memorial Day Parade. Plans for the annual Fair have already been canceled.

In a meeting on April 19, the Parks and Recreation Commission agreed that very little time remains to determine if the traditional fireworks display can be held, assuming that health conditions by July cooperate in the first place.

As it is, local and health officials do not appear thrilled with the idea, considering that the disease and new variants are still spreading. An easing of restrictions by Governor Ned Lamont is predicated on low rates of infection and high rates of vaccination.

At the moment in the state, Fairfield County, and Weston, infection rates are improving, but still high. Vaccination numbers are increasing, but lag in lower age groups. Children are not yet eligible for vaccination at all. There is reason to be optimistic about the direction of the disease, but with many variables in play, little basis for confident predictions.

For Parks and Recreation, a key task in the next week or two will be to determine if fireworks, food, entertainment, and tent suppliers could be engaged without substantial financial penalty if a decision to proceed is later reversed.

The path ahead, if there is one, will undoubtedly depend on advice from the Westport Weston Health District and, ultimately, a decision by the Board of Selectmen.