Board of Finance Sends Budgets to Town Vote 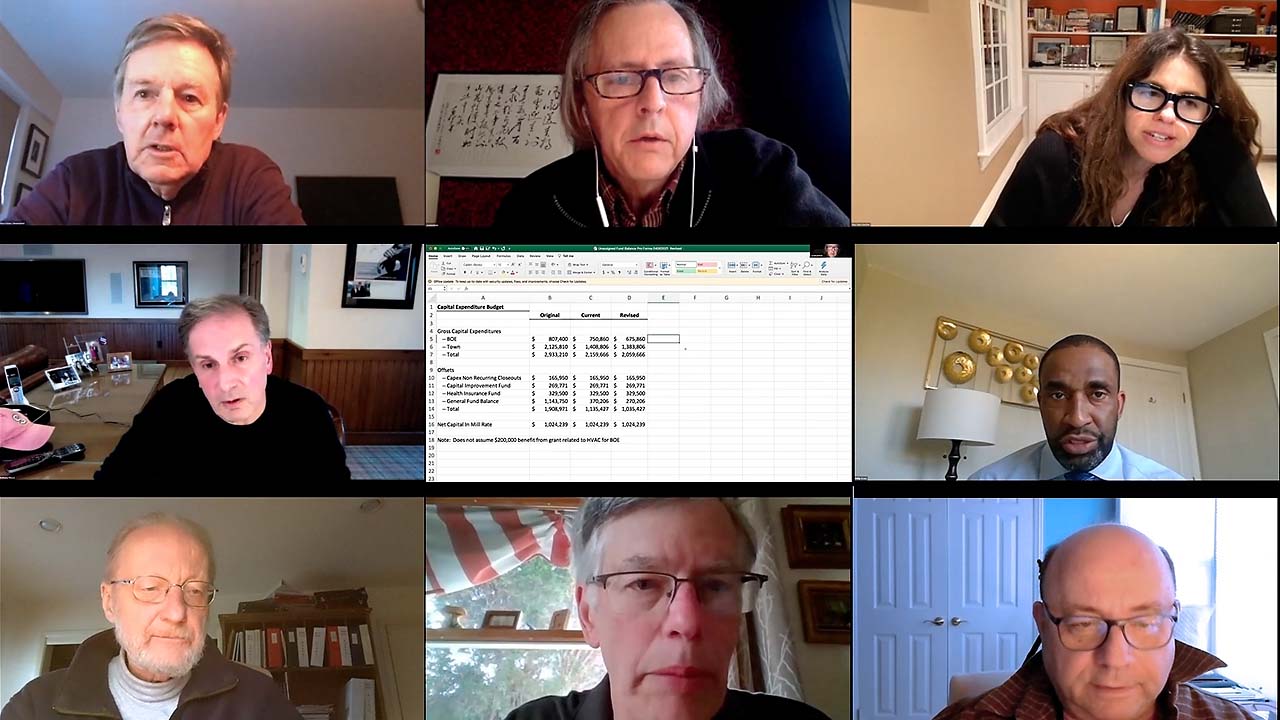 Last week, the Board of Finance approved reduced Town, school district, and capital budgets to put before the Annual Town Budget Meeting on April 24.

If ultimately approved by voters, the budgets will likely result in a 1.7 percent mill rate increase, partly due to a forced-flat mill rate last year.

The Town administration, school district officials, and Board of Finance wrestled down the impact of a sizable capital budget while allowing two particularly noteworthy items to remain in the mix.

And, the Town’s prospects appear bright for millions in additional funds as the year progresses.

Members of the Finance Board agreed that the relatively modest mill rate hike (compared to other years) is a considerable achievement, particularly since at this time last year the fiscal outlook was bleak.

At that time, it appeared Hartford was looking down the barrel of multi-billion dollar deficits for the foreseeable future. Fears resurfaced that State costs would be pushed down to municipalities. Board members worried that local tax collections would lag, and it seemed almost likely that the school district budget would blow up from costs related to dealing with Covid-19.

None of that happened.

In Hartford, thanks to federal aid and tax revenues higher than expected (especially from Wall Street-related earnings) the State finished the 2019-20 fiscal year in good shape, will do so again this year, and the $3.1 billion rainy day fund was untouched.

At Town Hall, federal aid also helped cover most Covid-19 mitigation costs, tax collections are right about where they should be, and dramatically higher property transfers added additional conveyance fees to town coffers.

And the school district is projected to finish the year with a surplus.

Still, a mill rate increase this year was virtually inevitable. In 2020 the Board of Finance forced a flat mill rate by putting off several capital expenditures and using savings from Covid-related closings instead of depositing them to the reserve fund. Deferred capital needs do not disappear, and drawing on reserves to fund ongoing operations creates a budget hole that must eventually be filled.

The Board of Finance approved a $14,077,489 Town operating budget, a 2.47 percent increase due largely to higher health insurance costs, but down slightly from the initial request as savings were found.

The Board approved a school district operating budget of $55,070,090, an increase of 1.68 percent, down by over one-half million (about one percent) from the initial request, as savings were achieved in several areas.

Big-ticket capital items — typically those costing more than $10,000 and with a life expectancy of at least ten years — were a challenge this year, as several can no longer be put off and new ones are on the table.

Between Town and school district projects, the Board of Finance approved capital items totaling $2.06 million (rounded), a level that appears to be expected each year going forward.

But the net capital budget will only be about half that. It comes in at roughly $1.02 million, because about $1.03 million is offset by savings in the close-out of previous projects, use of existing set-asides, and a $270 thousand draw from the town’s unassigned fund balance. Without that draw, the mill rate would have increased by just over two percent.

The list of capital items had already been trimmed. The school district removed several, opting to pay for them out of the operating budget, and a grant may cover some costs of replacing an expensive air handler at the high school’s old gym.

The Town also reduced proposed capital expenditures by recalculating how to fund local costs of Phase 3 sidewalks design and removing a request for police body and vehicle cameras and support systems. At some point during the year, after a competitive bidding process is complete, the police cameras will have to be acquired with a supplemental after-budget appropriation. New state law requires them to be in place by July 1, 2022.

Town Hall also decided to roll the dice on repairing, rather than replacing, an aged Public Works payloader, and saved $81,000 when the winning bid for replacement of a portion of the Library roof came in lower than expected.

Two items of particular interest are included in the capital budget approved by the Board of Finance. 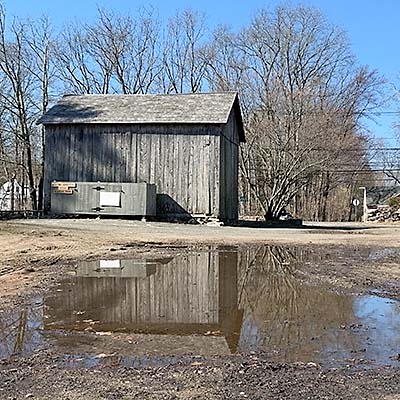 One is a $45,000 appropriation to make improvements at the Onion Barn.

The project was cut from the budget by the Board of Finance last year on the last mile to a flat mill rate. This year, it is restored. 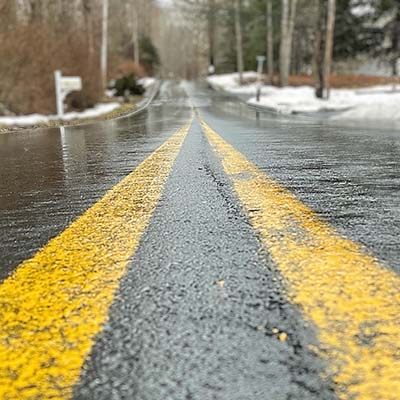 Combined, the funds represent a major step toward bringing public roads throughout town to a desirable condition.

This will be a years-long effort. It adheres to the approach recommended by consulting engineers engaged by the Town in 2019. An analysis found that if about $900,000 were allocated for paving in each of the next few years, an acceptable standard could be achieved, and at that point budgets could be reduced to about $650,000 annually (adjusted for inflation) to keep them in good shape.

The plan could be accelerated by one of several sources of funds that may appear in the near future.

Shots in the arm

Other approvals must still be obtained, but if everything proceeds, the Town would receive grants totaling $2.7 million for the work. In addition to speeding up the road improvement program, the money would take a considerable amount of pressure off the local budget.

In setting the budget, the Board of Finance did not include revenue from the planned sale of the Fromson-Strassler property to the Aspetuck Land Trust, because the transaction is not expected to close until December.

The sale, which seems likely to occur if voters approve later this year, would add just over $1 million to Town reserves.

According to First Selectman Chris Spaulding, Congressman Jim Himes advises that Weston should receive $1 million in direct federal aid and as much as $2 million more from a large sum earmarked for municipalities and distributed based on population. The school district also could be eligible for hundreds of thousands in aid.

The U.S. Treasury Department has a few more weeks to define specifically how the money can be spent. At this point, it appears all or most of the funds will be targeted for infrastructure such as sewers, water systems, and broadband. A portion may also allow towns to recover revenue lost during the pandemic.

Depending on Treasury’s upcoming guidelines, it is possible the funds could be applied to at least a portion of an estimated $2 million the Town plans to allocate for a much-needed upgrade of emergency response communications equipment. If so, that money would not have to be drawn, as planned, from Town reserves.

At this point, it appears states and municipalities will not be able to use the funds to reduce taxes.

Governor Ned Lamont is asking the Biden administration to re-think that one.

The budgets now head to the Annual Town Budget Meeting, scheduled for Saturday, April 24 at 2:00 pm. It will be held outdoors at the high school football stadium. Rain dates are May 1 and May 8.

As soon as the ATBM adjourns, those attending can immediately go to Town Hall and cast machine ballots for the Budget Referendum. Everyone else can vote a week after the ATBM at the Town Hall Meeting Room from noon to 8:00 pm.

In both cases, you must be a qualified voter. You are qualified if you are currently registered to vote in Weston or are a U.S. citizen on the Weston Grand List owning property of $1,000 or more. For identification, bring your driver’s license or passport, or a credit card bill, utility bill, or something similar. See one of the Registrars at check-in if you need assistance.

Weston has a rather elaborate budget approval process.

Now that the Board of Finance has acted on the Town request by the First Selectman (which was approved by the full Board of Selectmen) and the request from the Board of Education and the combined capital budget items, it’s up to citizens.

The public’s first crack at approving budgets is at the aforementioned Annual Town Budget Meeting (ATBM). Motions can be made to approve the budgets as presented or to reduce — but not increase — line items in the Town and Capital budgets and the total Board of Education budget.

There must be a quorum of 130 qualified voters. There almost never is.

When the ATBM adjourns, even for the absence of a quorum, voters can immediately cast Referendum ballots on voting machines (this year at Town Hall), voting yes or no on each budget.

Everyone else can cast their Referendum vote one week later, regardless of whether they attended the ATBM.

Once budgets are approved by voters, the Board of Finance meets shortly thereafter to formally set the mill rate for the year beginning on July 1.