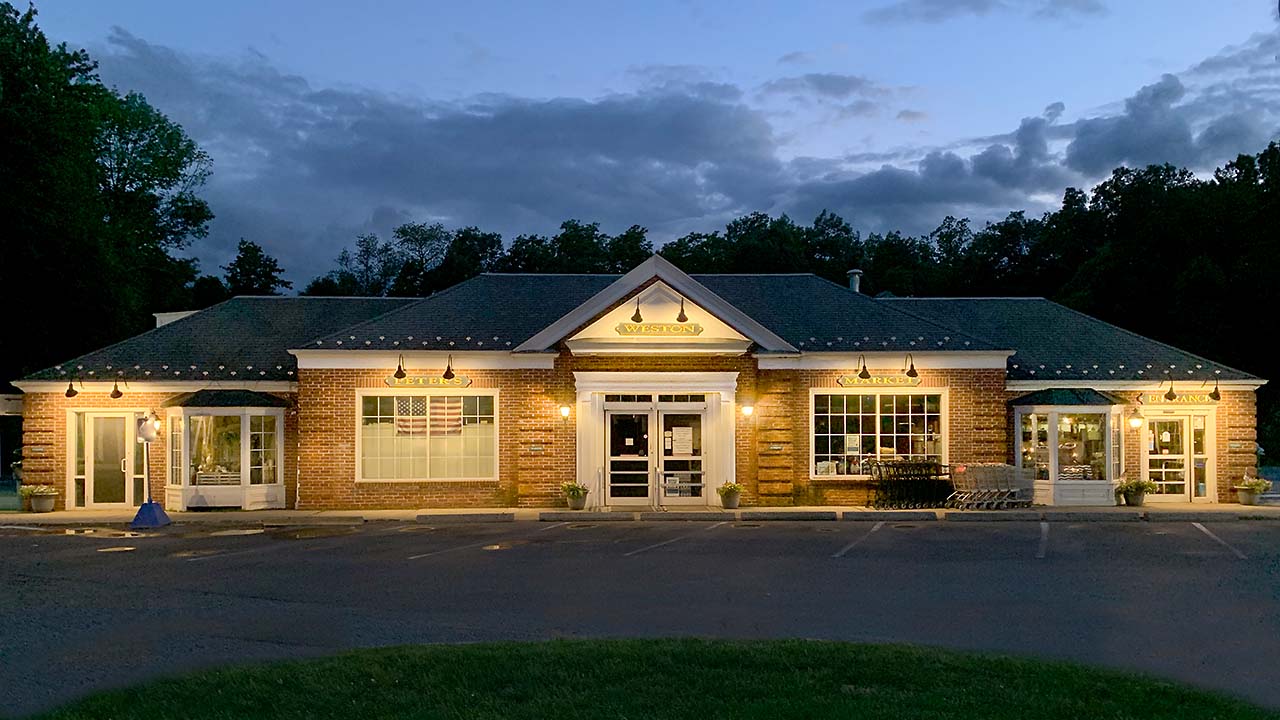 Peter’s Weston Market, a town institution, will close its doors by Sunday, January 31, a result of a long-standing eviction action.

In early March of 2020, the owners of the shopping center, Weston Shopping Center Associates, LLC, served the market’s proprietor, James Magee, with a notice to quit the premises on the grounds that rent had not been paid since August 1, 2019.

A formal eviction complaint was filed in Superior Court on March 18. But the next day, the courts shut down due to the coronavirus pandemic. The matter was in limbo for the next six months.

At the height of Covid-19’s first wave, shopping for groceries and placing orders for delivery were challenging for residents. At the same time, grocery stores, restaurants, and food establishments of all types were under enormous financial pressure.

In early April, Peter’s Market put out a public appeal for financial assistance, a GoFundMe campaign. The public responded, donating $121,432. The fundraising appeal described the market’s challenges in adapting to the health emergency, including instituting a curbside pickup system, and acknowledged that its financial woes predated the public health crisis. It did not mention the pending eviction action.

All Superior Court Housing Session actions were stayed while the courts were closed, first until May, then until August 1, then until September 1. On September 3, the stays were lifted and courts reopened.

On September 11, Peter’s Market entered into a settlement agreement with the shopping center owners, a stipulation that the market would pay its monthly rent — $37,438.06 — until vacating the premises by January 31, 2021.

In Weston, a persistent narrative is that rents in the shopping center are unsustainably high, a result of the center being, as a practical matter, the only retail space game in town.

It is hard to be sure. It seems clear that the failed hardware store couldn’t keep up with the rent, but its replacement, the RedZone fitness studio, appears to be weathering the Covid storm, despite limited capacity due to public health restrictions.

The closure of Lang’s Pharmacy was, according to its owner, largely a result of rapacious practices by pharmacy benefit managers that have essentially destroyed independent pharmacies.

And, empty storefronts abound, everywhere. Only e-commerce seems to be flourishing.

The Town recently established an Economic Vitality Committee to explore ways to stimulate commerce in Weston, including at the shopping center. In the 2018 townwide survey, an overwhelming majority of residents rated retaining businesses there as a priority.

Despite challenges at the shopping center, the Planning and Zoning Commission’s new ten-year Plan of Conservation and Development calls for expanding commercial zoning in a new Village District. The owners of the shopping center actually support the idea (as expressed in a 2019 Letter to the Editor), even though part of the rationale is to create retail space rent competition.

As Ken Edgar, P&Z’s chairman always points out, zoning can only open the door. If Weston is to become more commercially vibrant, businesses and entrepreneurs will have to see the town as a profitable place to set up shop.