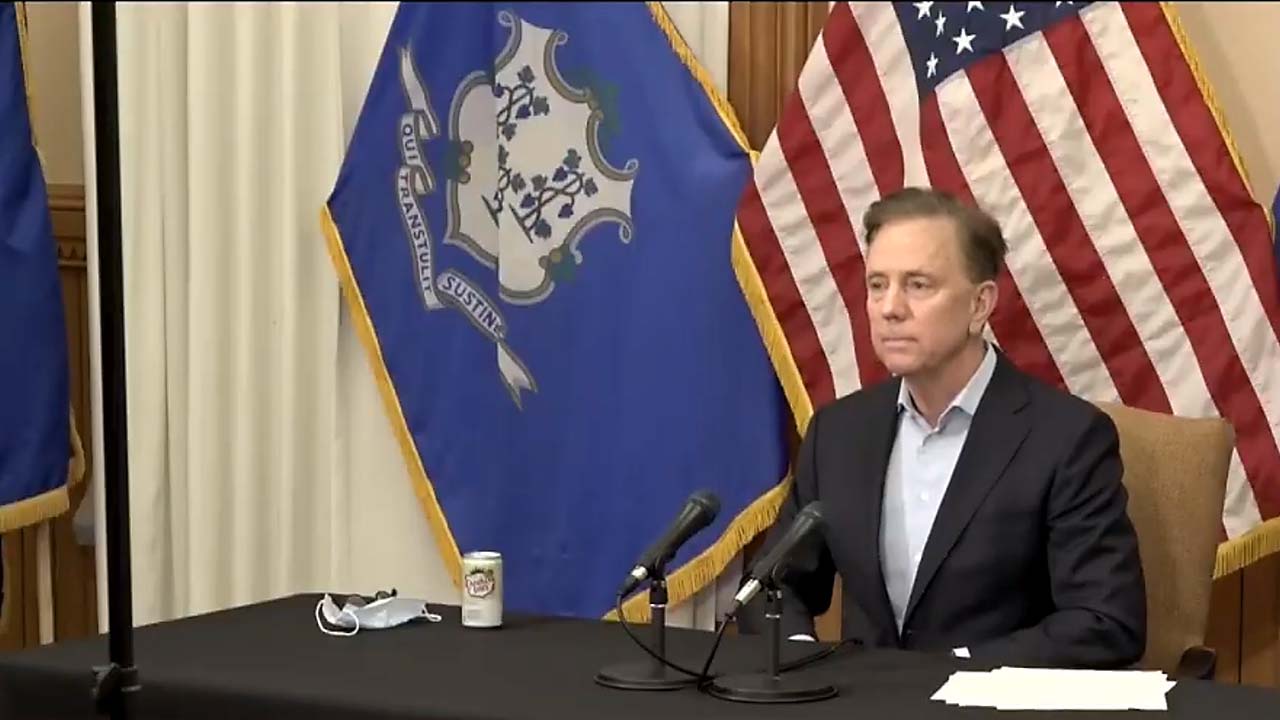 In a press briefing today, Governor Ned Lamont provided more clarity about how Phase 1B of Covid-19 vaccinations will unfold over the next few weeks.

The state originally had a rather tightly defined set of rollout phases, but as guidance from the Centers for Disease Control and Prevention changed, so did the state’s plans. The governor’s Vaccine Advisory Committee and its Allocation Subcommittee have consistently decided to simply follow CDC’s evolving recommendations.

Vaccinations of Phase 1A, the group consisting of emergency responders and residents and staff of nursing homes, are close to complete, although some are still receiving second doses.

Phase 1B now contains roughly 1.4 million Connecticut residents, nearly half the state’s population. So there will be a group-by-group rollout within the phase, which has already begun.

The vanguard is those age 75 and above, who, except for those in Phase 1A who have not yet been vaccinated, currently are the only ones eligible to make vaccination appointments.

At the moment, Connecticut receives 45,000 doses each week. A one-time bonus supply of 50,000 vials is expected to arrive before the end of the week, a reward from the federal Department of Health and Human Services for the state’s nation-leading performance in getting its supply of vaccines into arms without delay.

Supply will undoubtedly increase, which would improve the timeframes listed here.

The next group to become eligible — probably in early February — are those age 65 and above. In parallel, residents and staff of congregate settings — prisons, group homes — will also be eligible.

The group after over-65s will be frontline essential workers and those with high-risk medical conditions. They should become eligible for appointments in late February or in March.

So far, there is no precise definition of frontline essential workers. It probably includes teachers and also food service workers. Whether that will be all food service workers is a question. The Allocation Subcommittee seemed to agree that some should be prioritized and others shouldn’t, but never progressed beyond that point.

Teachers were originally to be front and center in Phase 1B, and many were able to schedule vaccination appointments. That changed with the modification of CDC’s guidance. Teachers with appointments have been asked to cancel them.

Governor Lamont said Phase 1C would begin in May, but it is not clear who is in Phase 1C, other than, according to the CDC, “other essential workers.”

Originally, Phase 1C also included those at risk from medical conditions. They are now in 1B. It is not at all evident that the change of designation makes a practical difference in terms of when they can be vaccinated. Much depends on supply.

Phase 2 is those under the age of 18 and, essentially, anyone not already included. The target for this phase is June, again depending on supply.

But Governor Lamont seemed confident today that production by Pfizer and Moderna will steadily increase. Another vaccine from AstraZeneca may be on the way.

Much hope is being placed on Johnson & Johnson, which is currently analyzing results from a Phase 3 clinical trial.

As we discuss in our Covid Reports, which are updated every weekday, excitement about the potential Johnson & Johnson vaccine is based on several factors.

First, the company has abundant production capabilities. Second, its vaccine requires only one dose, which means a single vial would completely vaccinate twice as many people as existing two-dose vaccines. Third, J&J’s vaccine does not require storage at the extremely low temperatures needed by existing vaccines.

Dr. Scott Gottlieb, the former FDA Commissioner, said if all goes well J&J’s vaccine could be available as soon as May.

Governor Lamont made plain that Connecticut’s only obstacle to getting shots in arms is supply, not distribution. “Please be patient” for supplies to increase, he said.

The state already has two mass vaccination facilities that can administer thousands of doses a day. One is a 10-lane drive-through clinic at what was once a Pratt & Whitney runway in East Hartford. Another is at nearby Rentschler Field.

Mr. Lamont said another dozen sites would open across Connecticut in the next two weeks. He said clinics at CVS and Walgreen’s locations would come online this week, and that the state will bring clinics into hard-hit areas, setting up temporary shop in church parking lots and other locations.

Earlier today, New York Governor Andrew Cuomo said he would reach out directly to Pfizer to increase shipments to his state. Asked if a similar request is being considered in Hartford, Governor Lamont said no. Josh Geballe, the state’s Chief Operating Officer, explained that it couldn’t be done, as Pfizer had already replied to Mr. Cuomo.

Of signups by those 75 and older, Mr. Geballe said “so far so good.” The online registration system appears to work well, though sometimes with volume-driven delays. The telephone registration system, which was brought into service on short notice by the United Way’s 211 program, has already taken 21,000 calls and scheduled 2,400 appointments.