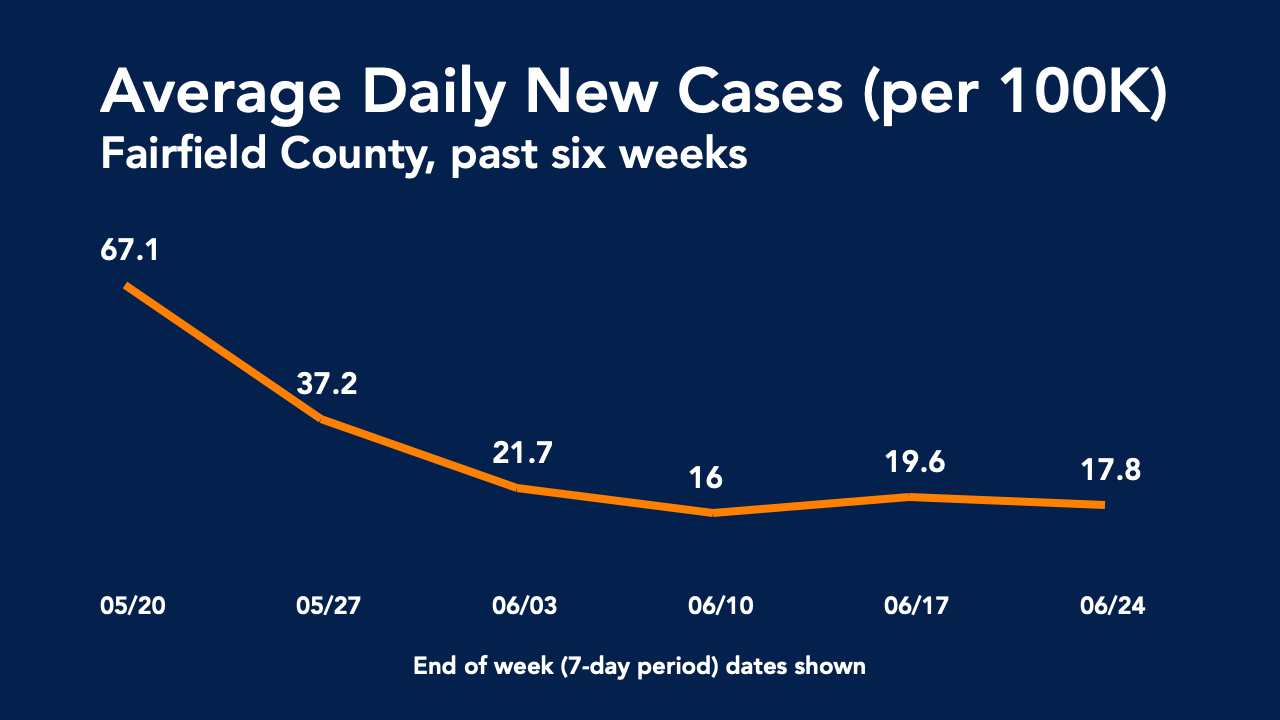 Key chart from this report

Sections in this report

The Weekly  Fairfield County’s cumulative total of Covid-19 fatalities, Weston’s vaccination status by age group, the town’s number of tests and positivity rate, and the statewide map of hotspots. 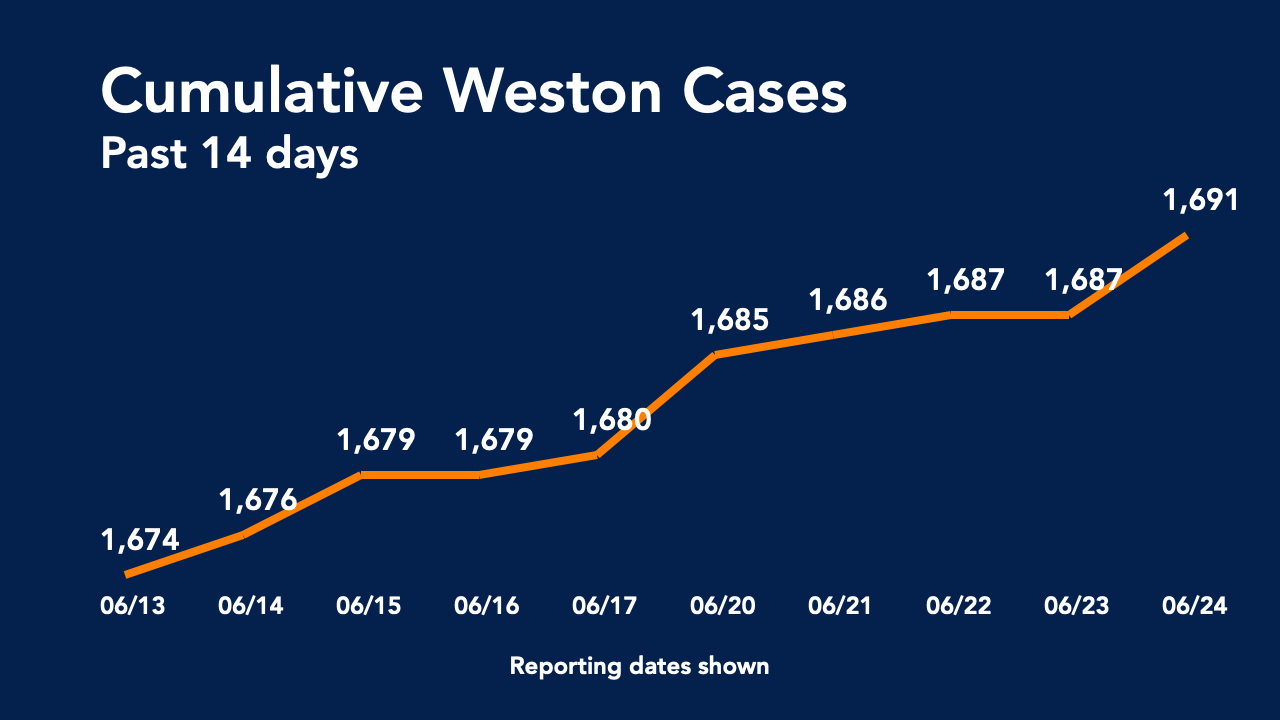 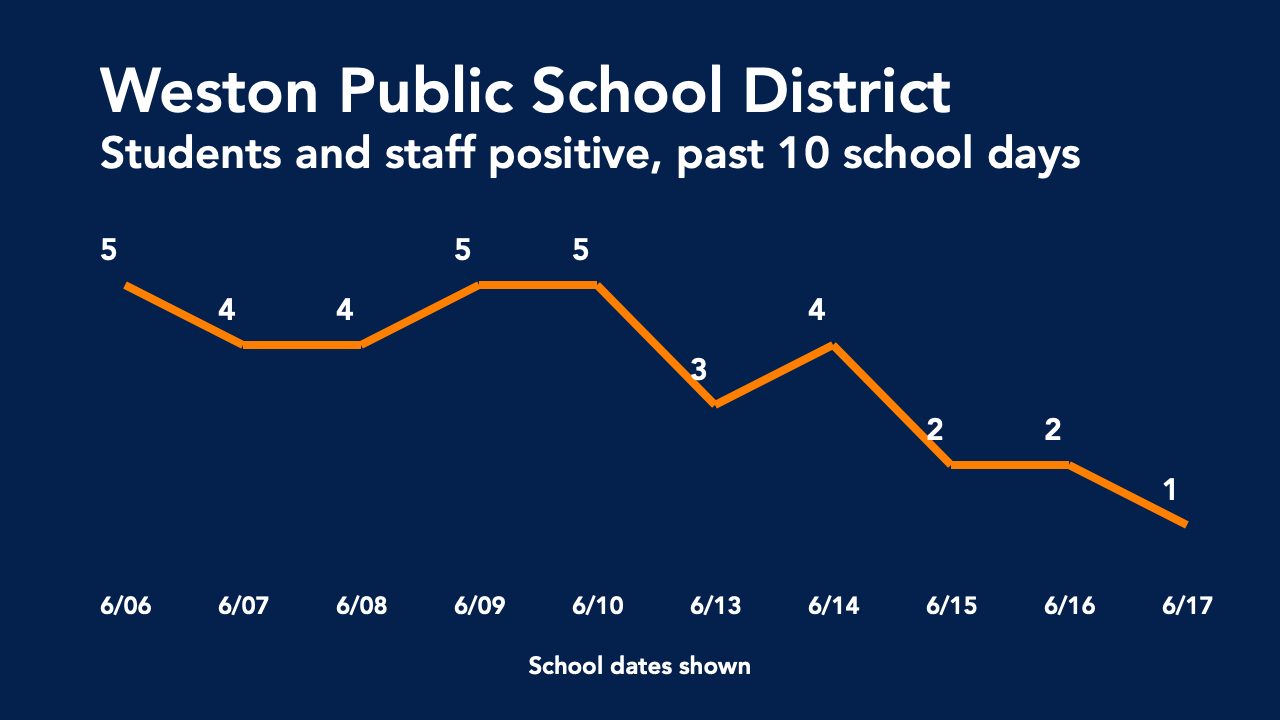 We average the daily new cases for the seven-day period ending on the date of the latest reported data, then do the same for five preceding weeks. Averaging reduces the variability of daily numbers that may be partly influenced by the number of tests performed on a given day.

The graphic provides a clear representation of the course the disease has recently taken. An upward course does not necessarily predict an upward trend. A downward trend over several weeks may indicate that efforts to contain and reduce the spread of infection are working.

We focus on the county, as the State recommends, because the dataset is larger and more reliable. It is also most relevant, since few people confine their activities to their town’s borders. 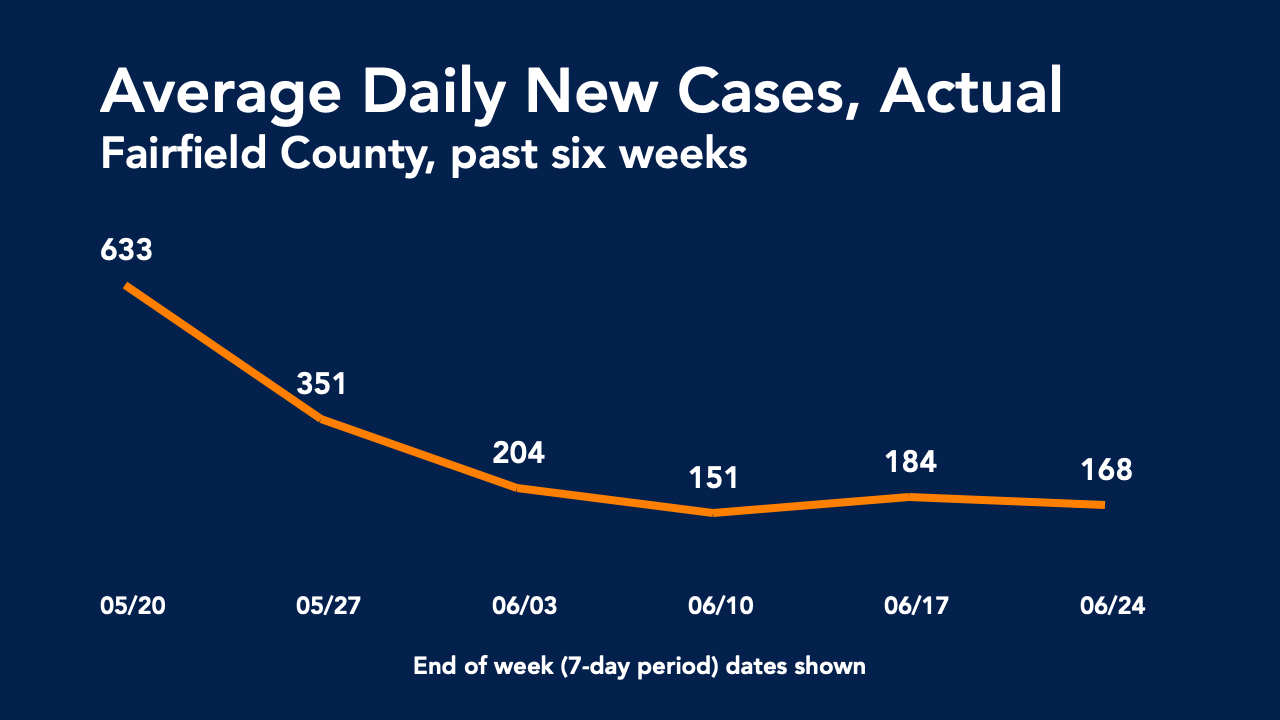 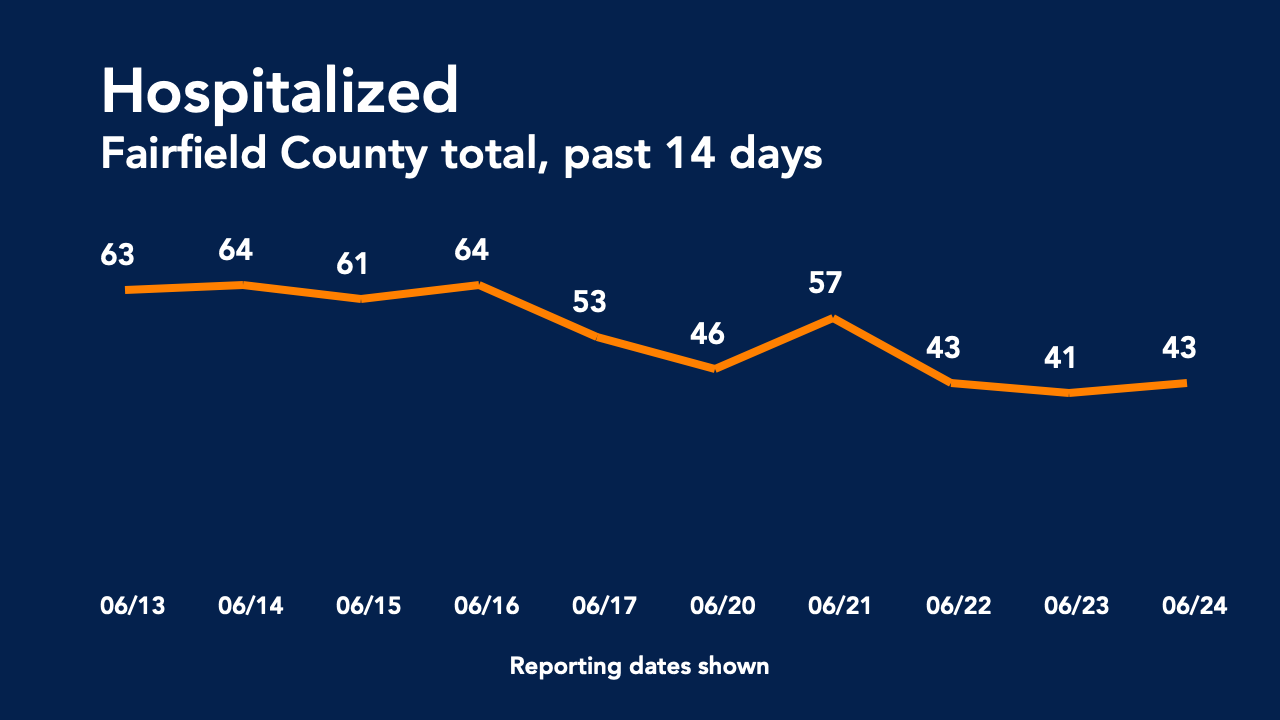 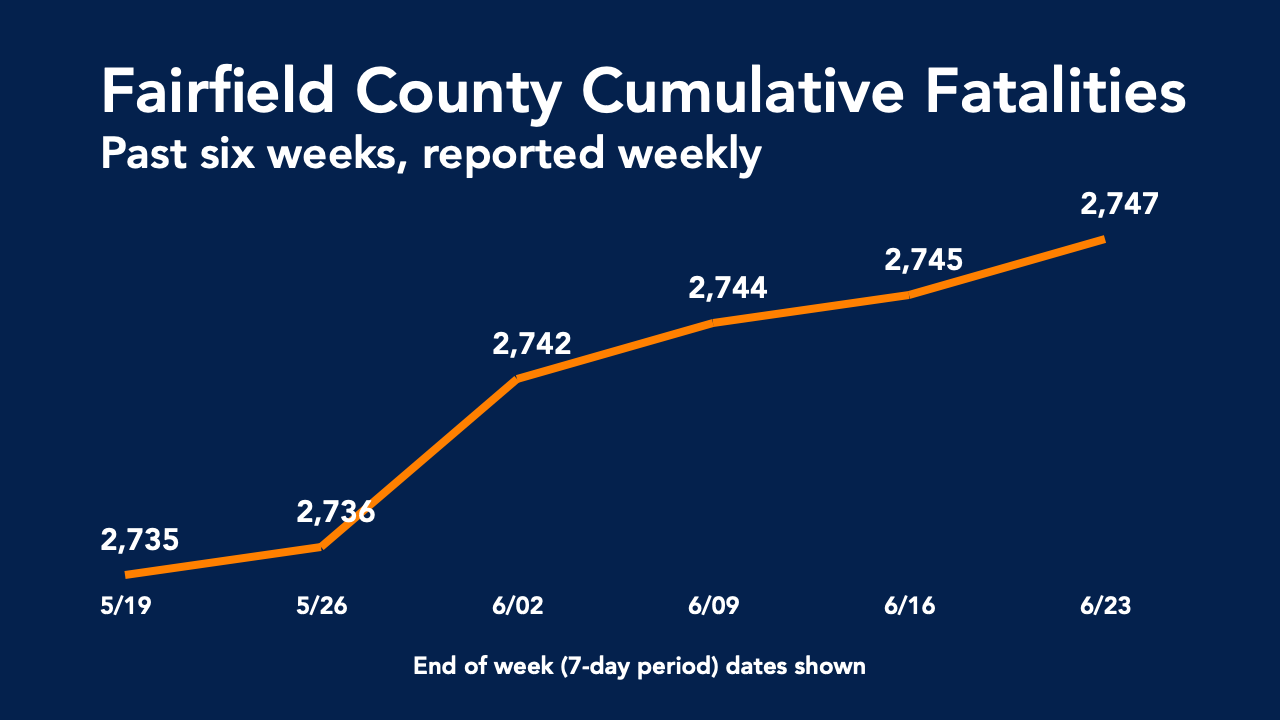 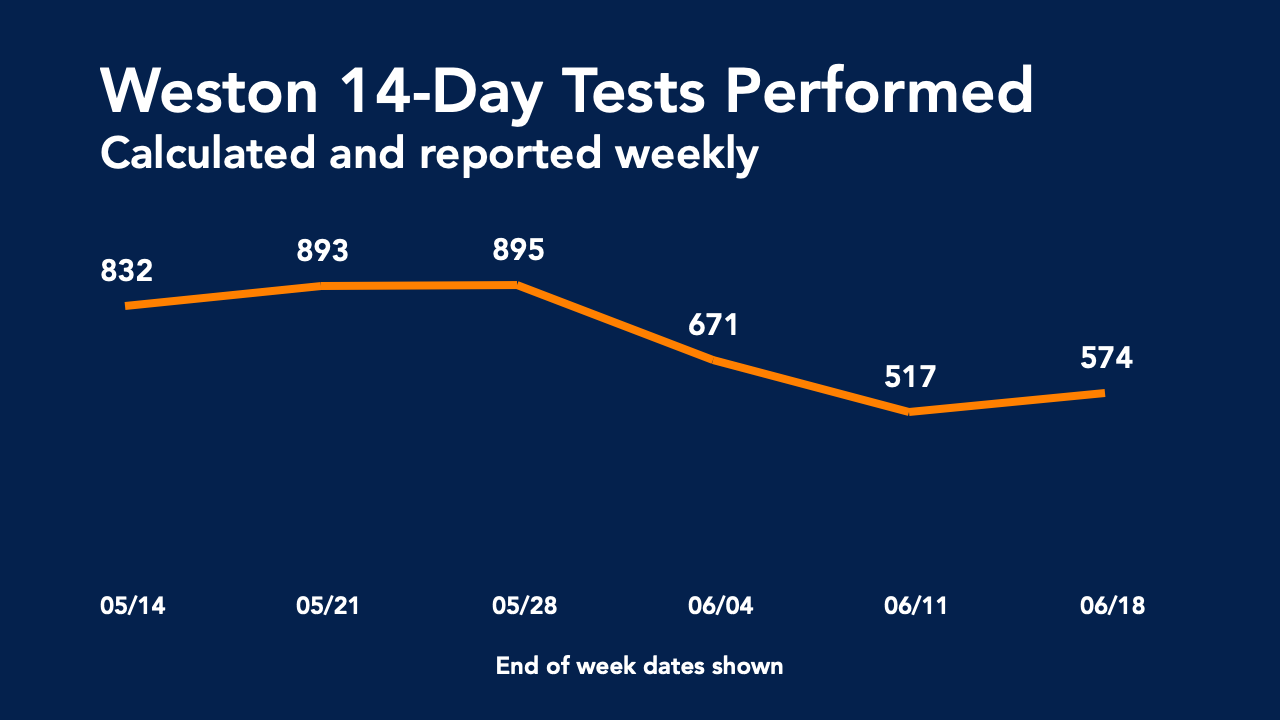 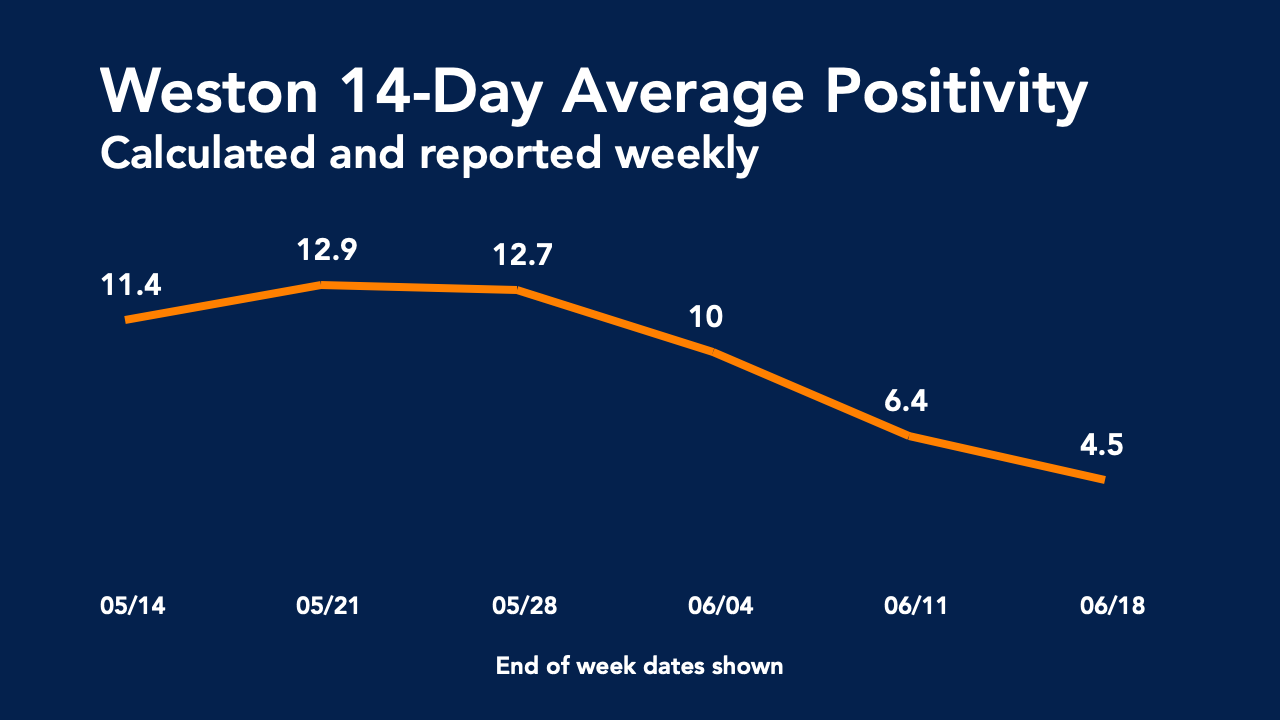 This chart depicts the average 14-day positivity rates for Weston, calculated at the end of each of the past six weeks. Averaging the rate over 14 days muffles the daily volatility. But the basic issue with the positivity rate is that one would think it connects to actual cases, but it doesn’t.

When someone tests positive, he or she is counted as a confirmed case once and only once. But every test that person takes, no matter how many, no matter whether positive or negative, goes into the positivity calculation. That is true for all tests. As a result, the figure is more indicative of how much testing is being done than what is actually happening with the virus. 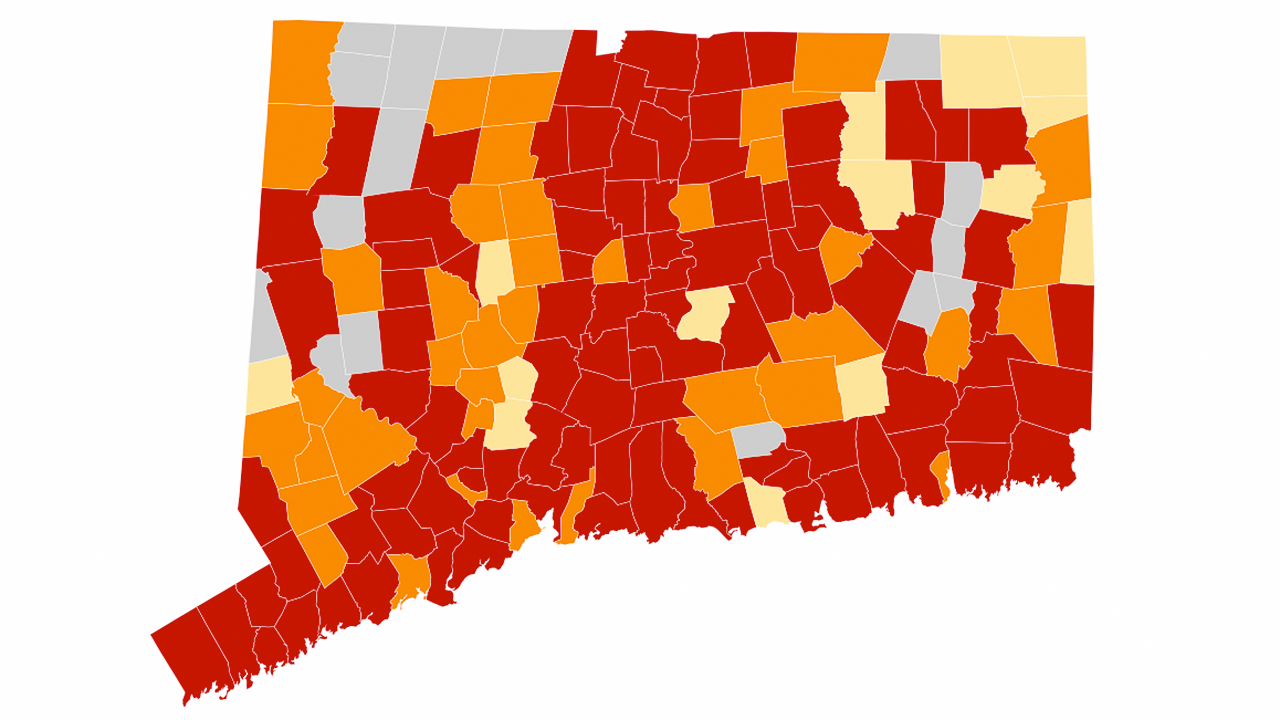 159 Connecticut cities and towns, Weston being one, are in the red zone. Only ten of the state’s 169 municipalities are not at the state’s highest case level.

The alert status of cities and towns is a calculation of their average daily Covid-19 case rate over the previous two weeks per 100,000 of population.