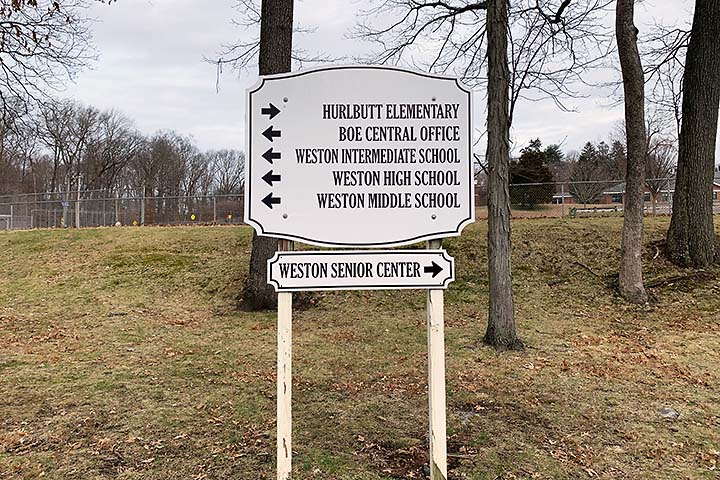 Reductions that directly "touch the classroom" were the core of a no-growth budget scenario presented to the Board of Education on Monday evening. The Board votes on a final budget proposal on Thursday.

Superintendent William McKersie opened his presentation by saying the list of 21 items were not recommendations. In fact, he urged the Board not to adopt any of them. A seven-page document describing them is available here.

The items are potential reductions on top of costs previously targeted in a pro forma developed by the administration, as requested by the school board, that would result in a budget increase of 2.89 percent (originally put at 2.86 percent). The administration's initial ask was for a 5.55 percent budget hike.

Many of the options on the list appear to have already been ruled out. The Board discussed them in a follow-up workshop on Wednesday afternoon. It remains to be seen if members will develop their own set of reductions before voting on a final proposal.

The Board meets on Thursday evening at 6:00 in the Weston Middle School library.

To get to a flat budget that maintains spending at current levels, the administration's 21 items were listed in descending order of potential dollar savings. Asked to prioritize them, Dr. McKersie declined, repeating his recommendation that none of them be enacted.

Potential six-figure reductions on the list include reducing the number of Library Media Specialists, which would save about $210,000. Lower-level schools would share one specialist, as would upper schools. In their Wednesday workshop with administrators and principals, it appeared most Board members are prepared to consider reducing the number of specialists, but perhaps not to the magnitude contained in the pro forma.

One item is highly conditional: $200,000 would be saved by eliminating one cabinet position — a senior administrator — "on the chance that one or more occupants" resign by the start of the fiscal year. In the Wednesday workshop, the Board did not even discuss this one, which doesn't mean they will not consider it, despite the tentative nature of its effects.

The scenario contains an option to reduce one support position at the central office, saving $100,000.

Eliminating team leaders at the schools, an idea particularly unpopular with the school principals, would save $61,000. Cutting low-enrolled advanced high school programs would save $60,000.

An option to reduce the number of curriculum instruction leader FTE (full-time-equivalent) positions appeared interesting enough for Board members to at least explore in more detail. So did one to eliminate a kindergarten section, although Hurlbutt principal Laura Kaddis said it would push class sizes to their guideline maximums.

The Board seemed to like the idea of eliminating a double block of sixth grade reading and writing instruction at the middle school, and so does principal Daniel Doak. The move would save about $92,000. Mr. Doak said he sees benefits to modifying the approach and has been contemplating it for some time. Assistant Superintendent Kenneth Craw does not support such a move.

The Board took a hard look at proposed consulting expenses and discussed ideas with Human Resources Director and Internal Counsel Lewis Brey. They discussed technology costs in detail with Digital Learning and Technology director Craig Tunks before realizing it could consume the entire meeting.

The only clear indication from the Board about how technology costs may be addressed was to indicate that key instructional software will not be eliminated. Equipment replacement and maintenance allocations may be deferred.

There was no hint of how the Board may decide about whether to restore the theater coordinator position to a fractional FTE, but welcomed news that an expensive theater soundboard system can be obtained philanthropically. There was also no tip of the hand about budgeting to create a director of guidance counseling position, which would extend college preparation programs to middle school students. High school principal Lisa Wolak has been strongly advocating that program.

Board of Education chair Tony Pesco has previously said that the purpose of considering a flat budget is mainly to determine how much the district can economize while maintaining its level of high performance.

At times, the process has been fractious. But Dr. Pesco concluded Wednesday's workshop by saying it was "helpful' in allowing the Board to "quickly decide what to hone in on and what to take off the table."