School Board, Administration Clash on Budget 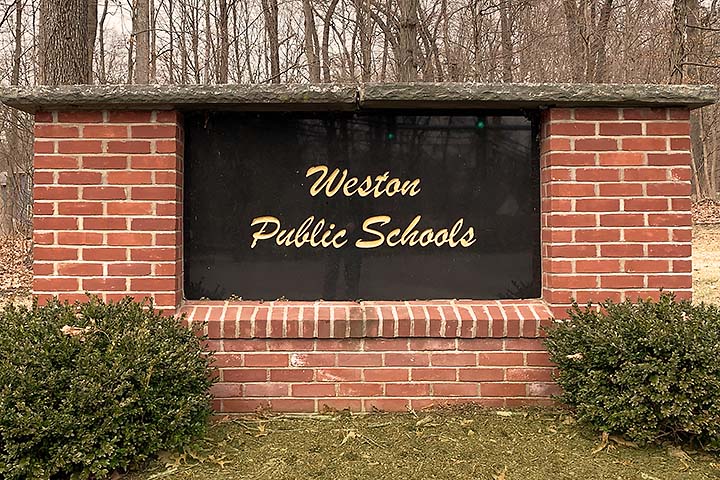 In a tense Board of Education workshop on January 23, the Weston School District administration presented a pro forma operating budget with a 2.86 percent increase instead of the 5.55 percent initially proposed.

The Board must approve a budget on Thursday, and is holding a public Q&A session at 6:00 this evening in the Weston Middle School library.

Earlier in the week, the Board had asked Superintendent William McKersie to prepare two alternative budget options: one with a 2.5 percent increase, the other with no increase at all. Dr. McKersie told the Board 2.86 percent was as close as the administration could get, and that a no-growth scenario was not developed.

Guidance from the Board

The Board had provided guidance on where reductions should be considered, starting with administration and shared services, going down to programs if necessary, and only descending to an impact on classes as a last resort. The intent, said board member Victor Escandón, was to "stay as far away from the student as possible."

The scenario presented by the superintendent impacts classes, programs, and shared services, but not the administrative structure.

"I don't know quite where to begin," said Melissa Walker. "I'm disappointed in what I've seen here. I was hoping to see a governing thought for where we see the district going for the next few years…and a path out of this predicament we keep finding ourselves in year after year."

The administration proposes a significant cut to technology and intends to "walk back targeted investments," which include enhanced math instruction, the summer writing curriculum, and special education speech and language programs. Plans to restore the theater coordinator position to a fraction of a full-time position and create a counseling director position were taken off the table. The latter was mainly intended to extend the college preparation program to the middle school.

In its guidance document, the school board had asked the administration to examine several of those items for possible reduction.

The plan didn't go over well with at least a majority of the Board, largely because it did not address the district's structure or the number of administrative positions.

"I feel that this is protecting people, and we [the Board] are trying to protect the students," said Ruby Hedge. "From the top, it should be students first and foremost. Cutting books? A thoughtful restructuring should not be to hurt students first."

Mr. Escandón said, "this document doesn't reflect the parameter" to avoid classroom impact as much as possible. Mr. Escandón said "a better effort" was needed to at least begin the process of re-thinking the district's structure.

Board chairman Tony Pesco agreed. "Everyone is asking for a more strategic look," he said, "and to set the stage for a more efficient way to operate in the future."

Dr. McKersie insisted the plan is "highly strategic and focused on structure. I've been in this business for 35 years. I've been on the front end of innovation in education."

The superintendent appeared to disagree with an emphasis the Board has placed on efficiency. "We are a high-performing district, and we want to keep that going. So, strategically we are saying anything we may do in this district will have a student effect."

"We're not here to protect people," he added, "but let's just be direct. If you want to reduce cabinet members [senior administrators], you'll still have a financial obligation to them, so it's not going to help your budget situation."

"If the town is saying, as I'm hearing from the Board, we can no longer afford the district at the level it is and we need to find ways to do the work with fewer people…that means less work will get done."

Board member Hillary Koyner said, "This is a fundamental disconnect. There are ways to do this that do not touch the student as much as what I see here."

Dr. McKersie agreed that a disconnect exists. "If there were options to save you the kind of money you seem to want to save we would bring them to you."

"We have a strategic approach here," he said, "that the Board is not seeing or understanding."

Ms. Hedge said the district's performance is not an issue, and disagrees that per-pupil spending correlates with academic excellence. That, she said, comes from having "outstanding teachers and innovation."

When he arrived in Weston, said the superintendent, "your middle school facilities were the worst I've seen since inner city Chicago and Cleveland. But look at our results. They're driven by high quality teachers and CILs." CILs are curriculum instruction leaders, teachers whose duties are partly instructional and partly administrative.

"My reference to the WMS was specifically about the school’s science labs, not the entire facility. My main point was that even with the sub-par science facilities, our teachers guide students to strong outcomes in science on multiple measures."

The revised request increases spending at each school, but reduces the amount of the increase.

The budget still must accommodate contractual pay raises and the salaries of additional personnel who were hired this year but whose positions had not been budgeted. Most of those were special education para professionals who were brought in to avoid expensive out-of-district placements.

Combined, the four schools lose the equivalent of three teaching positions in the revised budget request. Only Hurlbutt, where first grade enrollment rises next year, sees an increase.

Spending is reduced for materials at Weston Middle School and at the high school. Both lose funds for equipment and musical instruments that have been requested for several years running, only to be denied each time.

The four principals were asked to comment on how their schools would be affected by the revised budget request. Each expressed specific regrets and concerns, but ultimately said they could live with it.

In its guidelines to the administration, the Board included an instruction to look at IT, first at its staffing, to see if consolidation could produce savings in an increasingly tech-driven system.

The administration's response did not address staffing. It focused on software, hardware, and maintenance. In his comments to the Board, Dr. Craig Tunks described how the reduction would impact students, teachers, and parents. He painted a grim picture of how virtually eliminating maintenance funds would cause laptops, tablets, and smartboards to fall out of replacement cycles, become unable to function with newer apps, and be impossible to repair.

Dr. Pesco insisted that the Board still needs to see a budget analysis for a zero percent increase. Dr. McKersie asked if the Board "really wants to go there," and suggested it would be alarming. He said it would require larger class sizes, fewer low-enrolled courses, and drastic cuts to athletics, arts, theater, language instruction, social workers, and school psychologists. He said a flat budget would eliminate the district's "comparative advantages."

Dr. Pesco said there are "enough concerns to have a conversation about a flat budget. We need a response. It will give us enough information to make decisions."

Board member Gina Albert said the Board needs to at least look at zero to "be able to defend" whatever budget is ultimately approved and explain "why it is affordable."

Dr. Pesco said a stress-test of the budget will allow "once and for all having a discussion with the entire community with the transparency everyone is craving for…"

Dr. McKersie interrupted. "I would urge us not to use the transparency word. You have a set of ethical people here who have been working very hard." He said the word has "spun out of control in the narrative of this town."

Dr. Pesco said the entire discussion is "all part of a very healthy process to get to a place we're all comfortable supporting."

A Warning to Staff

The superintendent was concerned about how district personnel would react to the prospect of a budget that could result in staff reductions. Assistant Superintendent Kenneth Craw said it would cause "angst" among the staff, even if considered "only in theory," and would be "disruptive to the current educational process if people are concerned about their positions."

Dr. McKersie agreed, and said a memo would have to go out to "inoculate the entire organization" about the "range of potential discussions."

Later in the day, such a memo was sent, warning that the Board of Education had asked for "an analysis of what items would need to be reduced to reach a 0.0% increase," which would require cutting the budget increase by nearly $3 million, but acknowledged that "the Board may not adopt a 0.0% budget."

The memo went on to say, "it goes without saying that almost $3,000,000 in cuts will inevitably involve steep reductions in personnel," and that while "we do all we can to notify individual employees before their individual positions are discussed in public…given the rapidly evolving nature of this budget process, it is possible that such notifications may not be possible in every case."