Don't Feed the Bears, Keep an Eye out for Poachers 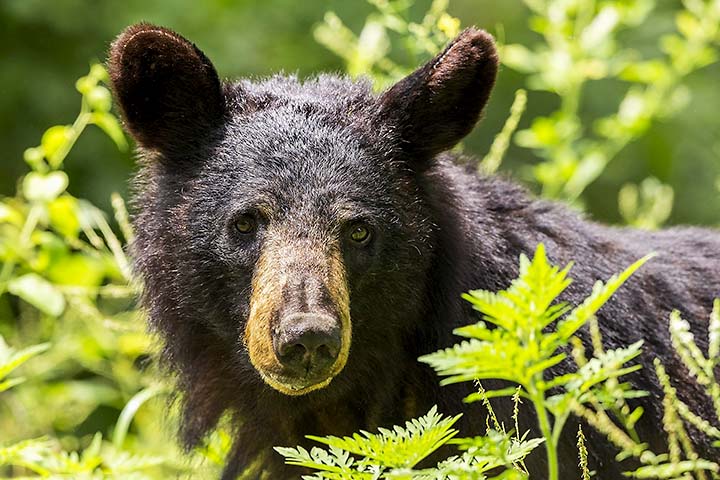 November 7, 2018 — If you don't want to find bears on your front porch, Weston Animal Control Officer Mark Harper has a suggestion: don't put out bird feeders just yet. And if you feel you must put out a feeder, place it some distance from the house.

As we reported previously, the Aspetuck Land Trust is urging caution at Trout Brook, where bears are being encountered more than usual. Mr. Harper told us he is receiving a much higher volume of calls about bear activity in town.

Earlier this week, a Singing Oaks Drive resident put out bird feeders in the morning. That evening, three bears were found munching away on the porch. Mr. Harper said this happens a lot.

It will be weeks before the weather is cold enough for bears to begin hibernation. Until then, they will be on the prowl for food, and can smell some types of feed from a mile away. Suet, which is basically animal fat, is particularly attractive. So is the nectar recipe often used in hummingbird feeders.

Assuming we have a normal winter and plenty of snow, Mr. Harper says it should be safe to put out bird feeders in mid to late December — not on the porch — and says you should retrieve them in March. He cautioned, though, that two years ago during a warm winter, bears came in and out of hibernation.

The bears on the porch on Singing Oaks were an adult female with two cubs. Mr. Harper had met them before in a chance encounter in the woods. When the sow detected his presence, she sent the cubs up a tree and approached Mr. Harper menacingly. He beat a hasty retreat. "It was a close call," he said.

Bird feeders and bears are not a good mix to begin with. Bears sometimes break feeders and injure themselves, leading to illness and infection. They also become accustomed to areas where they know food can be found. Once bears discover a bird feeder on your property, you can bet they will visit regularly.

As long as you're on the lookout for bears, Mr. Harper asks that you keep an eye out for poachers.

Weston appears to have attracted hunters who drive around after midnight, usually in pickup trucks, and hunt deer with crossbows. This is both illegal and dangerous. Even worse, when a deer is shot but survives, hunters often do not have the decency to track it down and finish it off. That sad task falls to Animal Control, which receives far too many calls about wounded deer with arrows stuck in their bodies.

Officer Harper asks that you call him or the Weston Police if you see suspicious activity of this nature. Also call if, during a walk in the woods, you see a suspicious tree stand or pop-up hunting stand. Don't confront anyone, but do try to note the time, location, and color of the vehicle. If possible, also note the license plate number. Animal Control's number is (203) 222-2642.