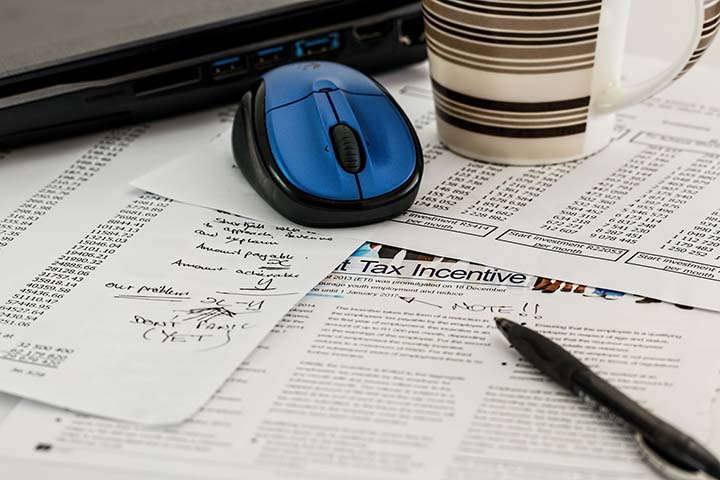 August 3, 2018 — Here is a journalism tip for reading any newspaper, including this one. It's called Betteridge's Law. It states that if a headline ends with a question mark, the answer is almost invariably "no."

The Federal tax reform measure enacted last December set a $10,000 cap on the amount taxpayers who itemize can deduct for state income tax, sales tax, and local property taxes. Previously, there was no limit.

The new tax code hits around 40 percent of Connecticut taxpayers — those who itemize — pretty hard. Their annual deductions for state and local taxes (SALT) average about $20,000. It seems likely that, in Fairfield County, the number of affected filers and the amount of their SALT deductions are higher.

In response to the new tax code, an idea took root in various parts of the country: have municipalities reorganize themselves as non-profit corporations and treat local tax payments as charitable contributions, which would then be federally deductible.

So the question was raised at February's annual League of Women Voters Speak Up event: can Weston do this?

At Speak Up, First Selectman Chris Spaulding doubted the idea would be legal, but said the Western Connecticut Council of Governments was looking into it. He added that if legal opinions suggest it would survive a challenge, the Town would consider it.

State Representative Adam Dunsby was even less sanguine, describing the idea as "probably problematic, and the less likely path." (Our full report from February on the Speak Up event is available here.)

In May, the state legislature moved to make the idea a reality. Members voted unanimously — including Weston's senators and representative — for what became Public Act No. 18-49 when it was signed into law by Governor Dan Malloy. Connecticut's cities and towns could now allow taxpayers to make voluntary payments to approved charitable organizations in exchange for a tax credit against their state and local taxes.

In fact, 18-49 went a step further. Another part of the 2017 federal tax reform limits how much business income from entities like S corporations and sole proprietorships can be passed through to one's personal return and deducted, thus helping small businesses avoid double taxation.

To minimize the impact of these provisions, P.A. 18-49 includes a new 6.99 percent state income tax on pass-through entities (S Corporations, LLCs, sole proprietorships, and the like). That sounds bad, but it isn't. It restores the pass-through and allows companies to pay state taxes but then deduct them from federal income taxes as a business expense. It would be completely offset by a personal income tax credit for the same amount.

It doesn't appear any of this is going to happen.

In May, the Internal Revenue Service announced it will issue regulations on the deductibility of state and local tax payments for federal income tax purposes, noted that only the federal government, not the states, can determine what is federally tax deductible, and generally threw cold water on the whole idea.

On July 19, 2018, Town Attorney Ira Bloom briefed the Board of Selectmen, telling them that Benjamin Barnes, Connecticut's Director of the Office of Policy and Management, had advised towns to take a "wait and see" approach to the new tax regulations.

Mr. Bloom also noted that existing regulations probably render the state's workaround moot. In a memo to the Board, he cited Section 170 of the IRS code, which essentially says a charitable contribution deduction must be reduced by the fair market value of the goods or services the charity provides in return.

Mr. Bloom likened this to making a $100 donation to public radio and getting a tote bag in exchange. The taxpayer can claim a deduction, but must first subtract the value of the bag. The IRS could rule that a taxpayer's "charitable contribution" (in lieu of taxes) would be fully offset by the value of essential municipal services the taxpayer receives in turn. Thus, no deduction.

In addition, Mr. Bloom wrote, "the IRS has a substance-over-form doctrine" that says "whether a particular contribution or charge is to be regarded as a tax depends on its real nature." In plainer English: you can call it a contribution, but it's really a tax, so again, no deduction.

The May IRS announcement also indicated that state actions such as P.A. 18-49's new pass-through tax plan would also come under scrutiny. A Connecticut Mirror report said this "makes it highly unlikely that Connecticut's new tax plan will ever be fully implemented."