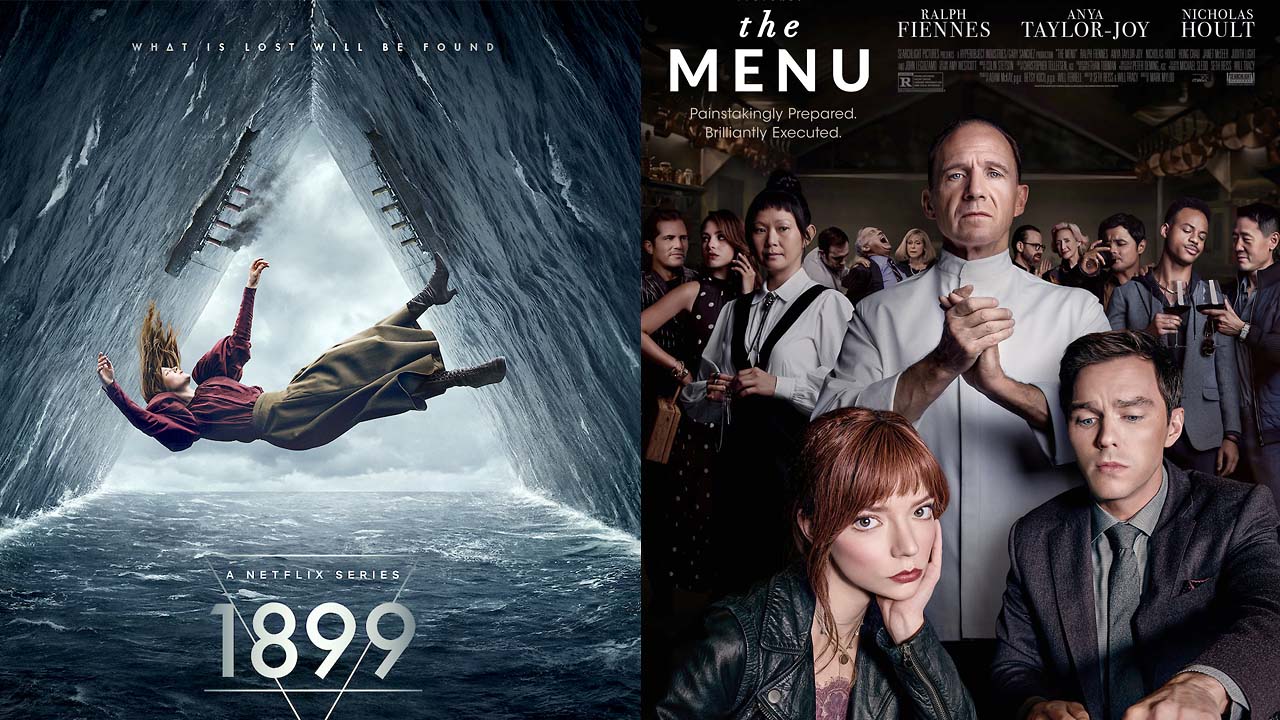 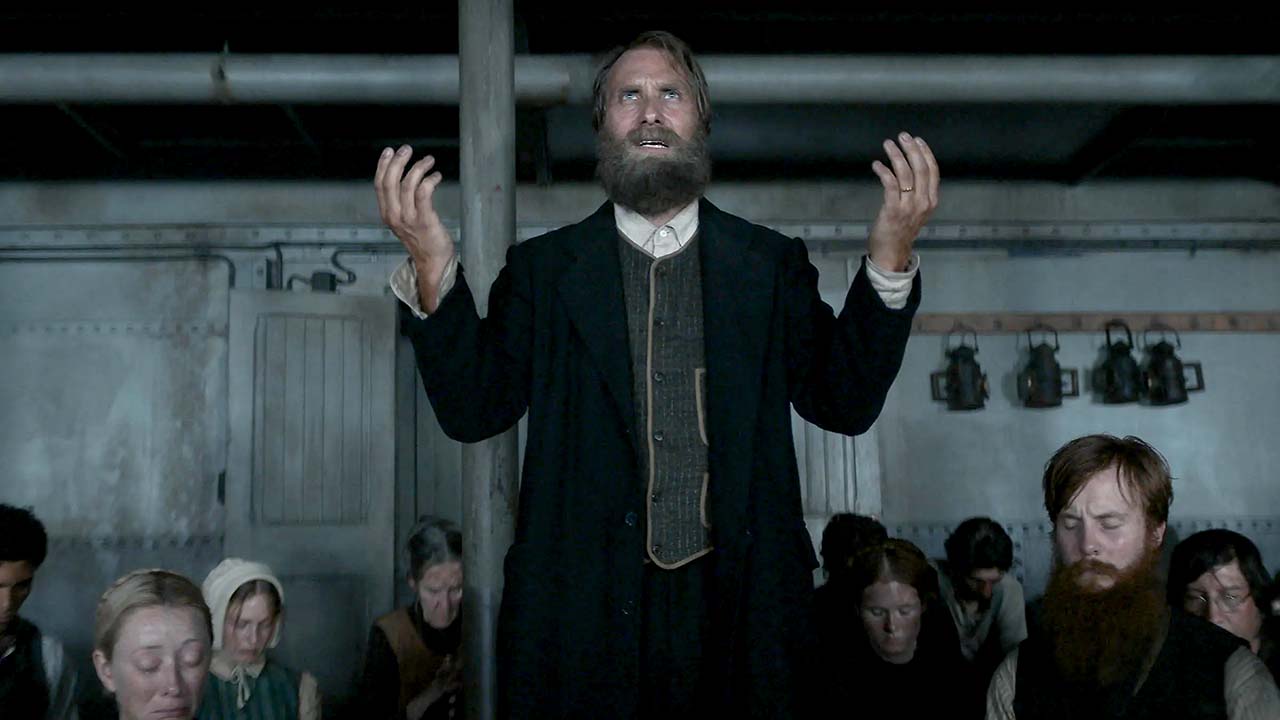 When a trusted friend recommended the supernatural Netflix sci-fi series “1899,” he urged me to see it quick, because — despite audience enthusiasm and positive reviews — it’s been cancelled. So I did — joining legions of bewildered viewers, wondering why there won’t be a second season.

“1899” begins as Maura Franklin (Emily Beecham) sets sail on the Kerberos, a luxury liner bound from Southampton to New York. Her fellow First Class passengers are in the dining-salon when a Third-Class passenger, Krester (Lucas Lynggaard Tenneser), bursts in, pleading for a doctor.

Trained in medicine but not allowed to practice in England, Maura responds, following him below to help Tove (Clara Rosager), a pregnant Danish woman, emigrating with her deeply religious family.

Soon after, world-weary Captain Eyk Larsen (Andreas Pietschmann) receives strange coordinates via the telegraph machine. Could they be from the Prometheus, a sister ship that recently disappeared?

Curious, Eyk orders his crew to alter course to find the Prometheus, much to the chagrin of passengers eager to begin a new life in America — like Angel (Miguel Bernardeau), a wealthy Spaniard, traveling with Ramiro (Jose Pimentao), a faux Portuguese priest, and Hong Kong’s Ling Yi (Isabella Wei), accompanied by her strict mother Yuk Je (Gabby Wong).

Once spotted, the Prometheus appears to be deserted. But it isn’t. There’s a mysterious, trench coat-clad man, Daniel Solace (Aneurin Barnard), and a secretive mute boy (Fffyn Edwards) locked in a cabinet.

FYI: The Kerberos (Cerberus in English) is named for the three-headed dog guarding Hades. The ghost ship Prometheus takes its name from the Greek Titan who stole fire from Olympus and gave it to Man. Each of the eight episodes ends with a classic rock song relating to the plot and/or foreshadowing the next installment.

Created by Jantje Friese and Baran bo Odar (“Dark”), its ‘distorted reality’ theme, epitomized by pyramids and triangles, draws from Europe’s migrant crisis, coupled with the inexplicable disappearance of ships into the North Atlantic’s Bermuda Triangle.

So why did Netflix not renew this spooky, genre-juggling maritime mystery for another season? Was it a tax write-off? Forbes concluded: “Netflix is becoming a graveyard stacked with dead series and unfinished conclusions.” 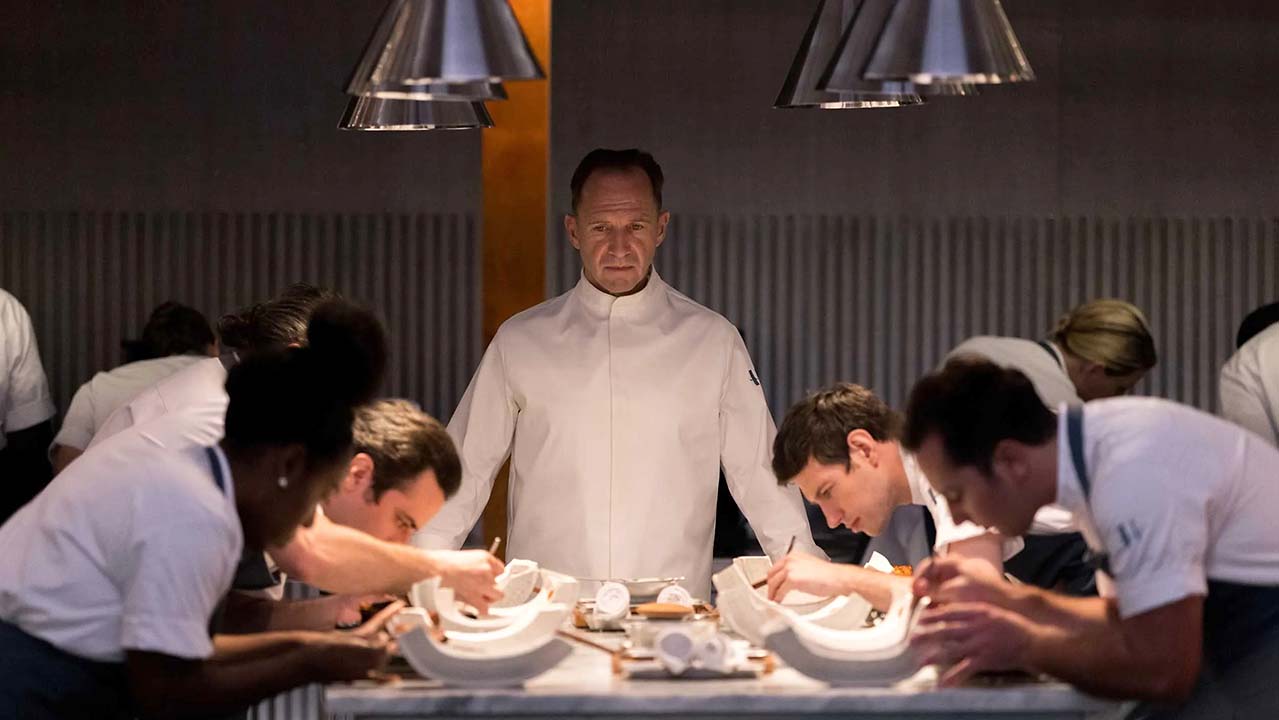 Undoubtedly one of the most bizarrely absurd thrillers of the year, “The Menu” skewers pretentious ‘foodies’ and the ‘fine dining’ they crave.

A group of privileged epicureans pay $1,250 per person to travel to a windswept coastal island in the Pacific Northwest for what they believe will be a unique gastronomic experience at an exclusive restaurant called Hawthorne, run by world-renowned Chef Slowik (Ralph Fiennes).

Their culinary adventure begins as they’re met at the dock by unflappable Elsa (Hong Chau), who gives them a tour of the self-sustaining grounds as she escorts them to the café: fish are fresh out of the sea, vegetables harvested from the garden and meat slaughtered and smokehouse-cured from their own herds. The staff live in spartan crew quarters, while Chef dwells alone in a separate, off-limits bungalow.

Hawthorne’s lavishly molecular tasting menu is built around the Chef’s food philosophy, which he explains in fervent detail as patrons watch how his staff meticulously measures, chops, sautés, swirls, constructs and garnishes each course — from amuse-bouche to breadless bread plates to dessert.

As the evening unfolds, there are many unexpected, unduly malevolent surprises for the stunned guests as multi-layered secrets are revealed and tension mounts, as in an “Ode to a Cheeseburger.”

Scripted by Seth Reiss and Will Tracy, this dark comedy is directed by Mark Mylod (“Succession,” “Game of Thrones”) who hired Dominique Crenn, chef at San Francisco’s three-Michelin-starred Atelier Crenn, to create the elaborate menu. The actual dishes were assembled by Kendall Gensler, a New Orleans food stylist whose task was to make them look appetizing and freshly-plated after hours of filming.

On the Granger Gauge, “The Menu” serves up a sinister, satirical 7, streaming on Prime Video, HBO Max, Vudu and RedBox.