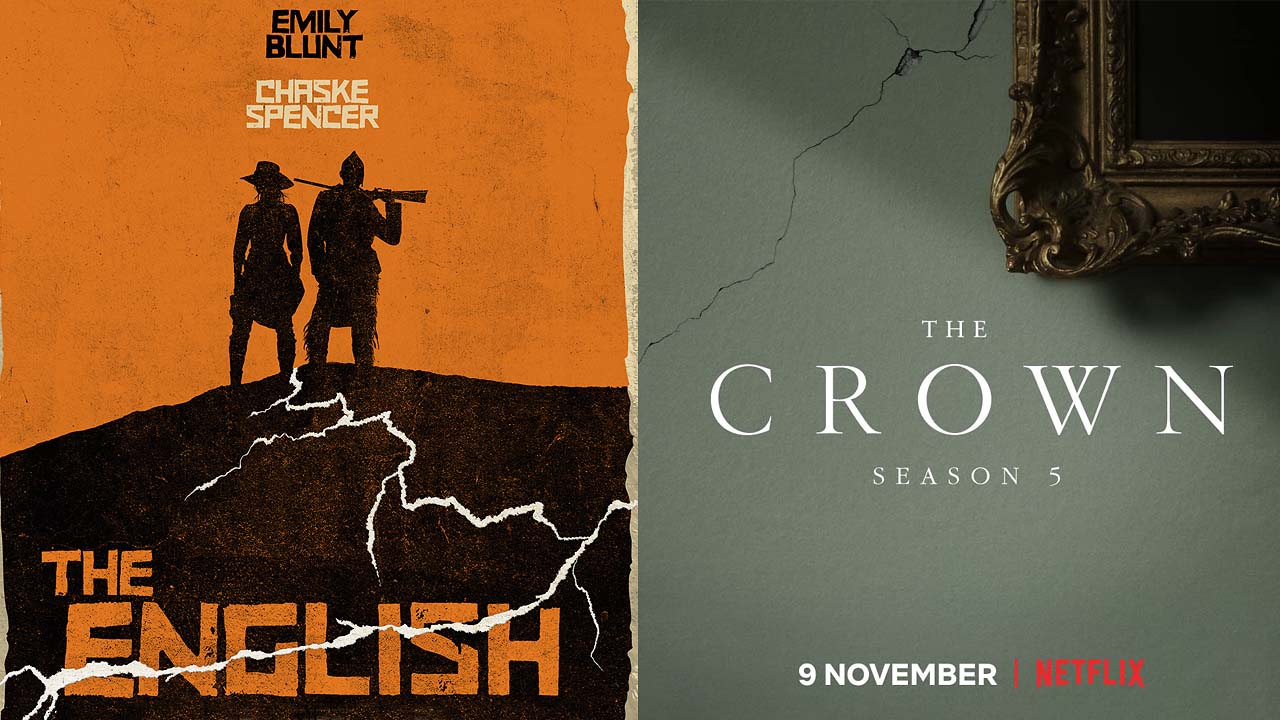 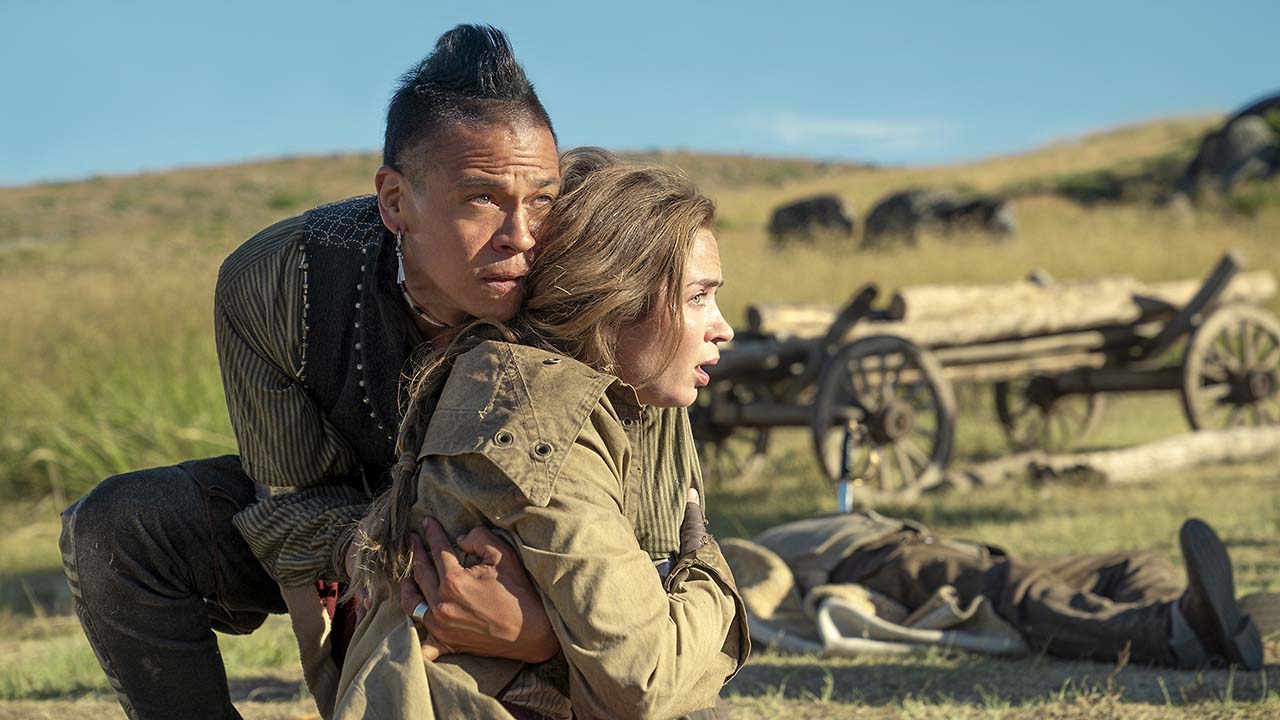 We just binge-watched “The English,” Amazon Prime Video’s compelling revisionist six-part Western series, as a tense chase reveals the most brutal aspects of the Old West — ones that are rarely acknowledged — like the genocidal consequences of Manifest Destiny.

The phrase Manifest Destiny was coined in 1845 to codify the belief that the United States was destined — by God — to expand its domination, spreading democracy and capitalism across the entire North American continent, supposedly justifying the forced removal of Native Americans from their homeland.

Emily Blunt plays Lady Cornelia Locke, an aristocratic Englishwoman, who guilelessly arrives on the post-Civil War frontier in 1890, fiercely determined to avenge the death of her teenage son. Toting a suitcase filled with fashionable gowns and a wad of cash, she’s seemingly fearless, yet evasive about secrets about her past that only gradually get revealed.

Cornelia’s arrival is not unexpected. In the first episode, she must cope with smarmy, supercilious Richard M. Watts (Ciaran Hinds), who serves her only disgusting prairie oysters.

Cornelia soon partners with a swaggering, if soulful member of the Pawnee Nation, Eli Whipp (Chaske Spencer), a former U.S. Army cavalry scout who is also on a vengeance mission to reclaim land that was his Indigenous birthright.

For different reasons, both are headed toward the fictional town of Hoxem, Wyoming. Although they come from diverse backgrounds, Cornelia and Eli soon realize how much they need one another to survive the physical and psychological challenges that lie ahead.

In a pensive moment, Cornelia tells him, “You and I — how we met — it was in the stars.”

On the Granger Gauge of 1 to 10, “The English” is an epic, elegiac 8, streaming on Amazon Prime Video. 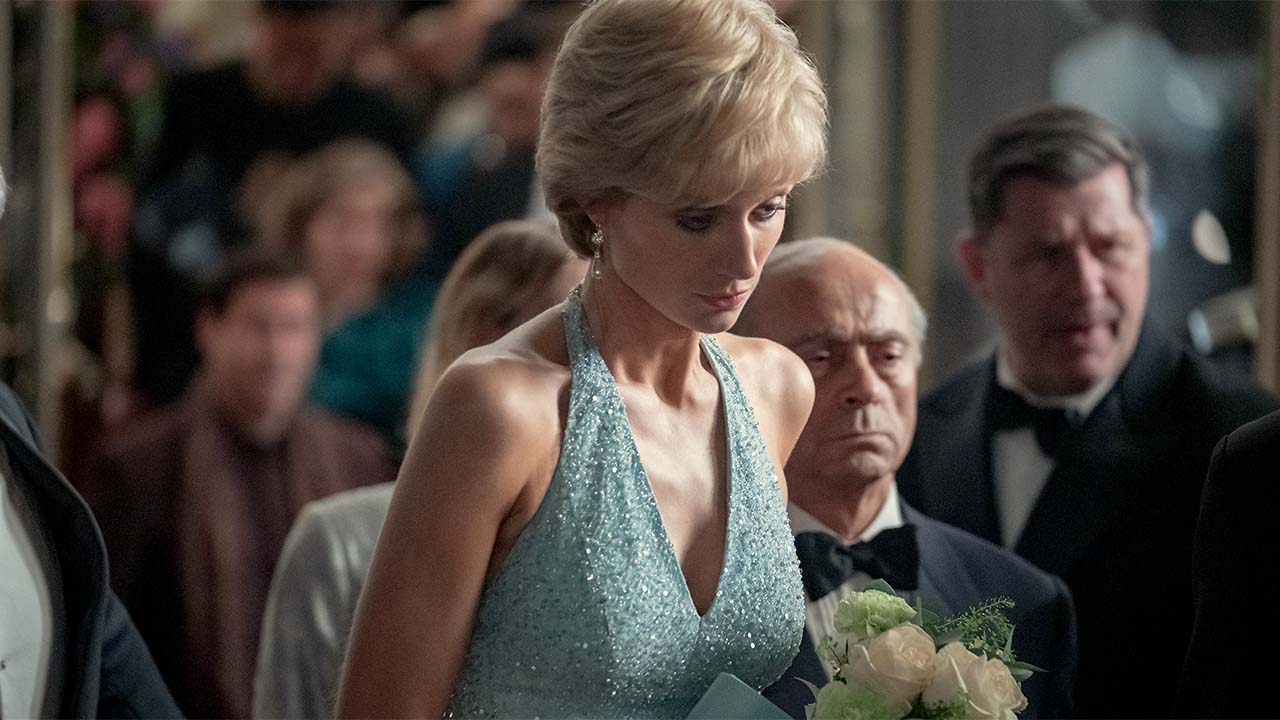 Unfortunately, the fifth season of “The Crown” is tarnished, not only because it documents a low-point or ‘annus horribilis’ in Queen Elizabeth’s reign but primarily because of inept casting.

Now described by Netflix as a “fictional dramatization,” it begins in 1991 with John Major as Prime Minister and covers the turbulent era in which the Royal Yacht Britannia was decommissioned and fire struck Windsor Castle.

Three of the Queen’s children divorced, yet the focus is primarily on the thorny issue of how/why unhappy Diana secretly cooperates with writer Andrew Morton and BBC interviewer Martin Bashir.

Angst is amplified by tabloid publication of the smarmy, humiliating telephone recording in which Charles fantasizes about being Camilla’s tampon, culminating as Diana embarks as a single mother.

What’s wrong is casting handsome, charismatic Dominic West as moody, melancholy Prince Charles. Although her impersonation of now-steely Diana is credible, at 6'2" actress Elizabeth Debicki towers over everyone — far more than 5'10" Diana. And by then, curvaceous Diana had coped with bulimia and was not as awkwardly thin and bony.

Obviously, season six will deal with Diana’s death and its aftermath.

On the Granger Gauge, “The Crown: Season 5” is an uneven, underwhelming 6 with all 10 episodes streaming on Netflix.