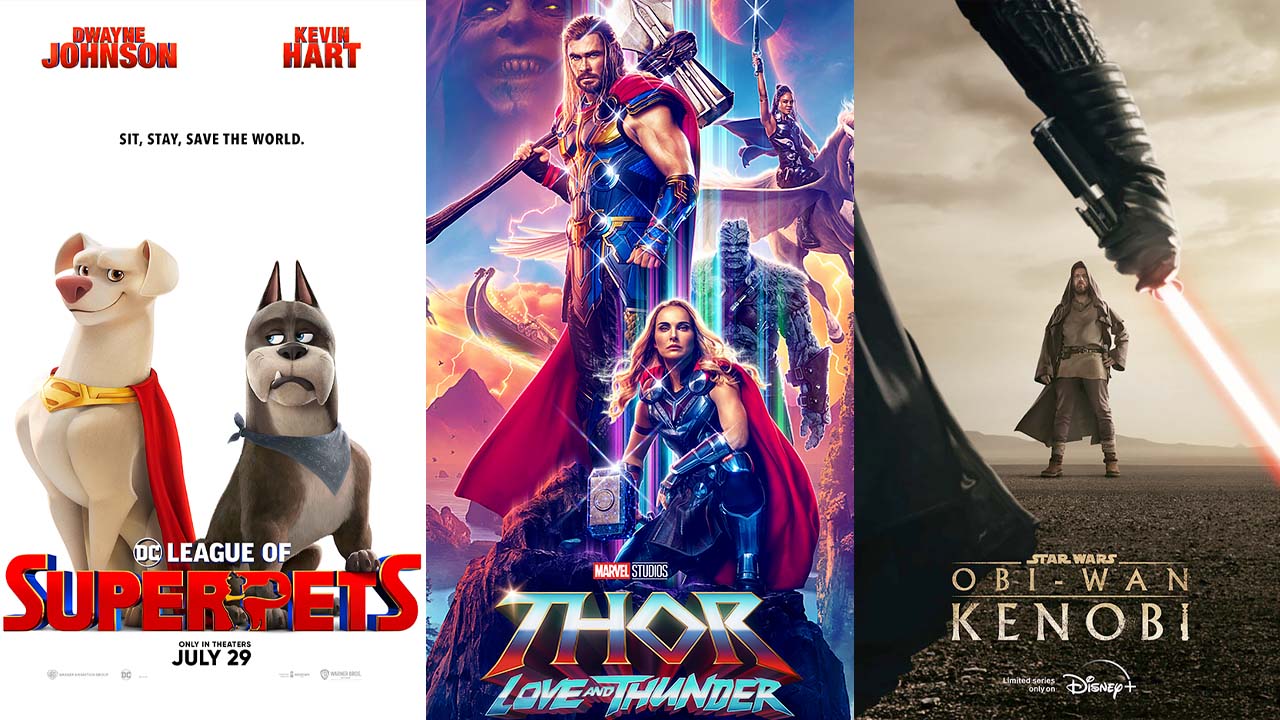 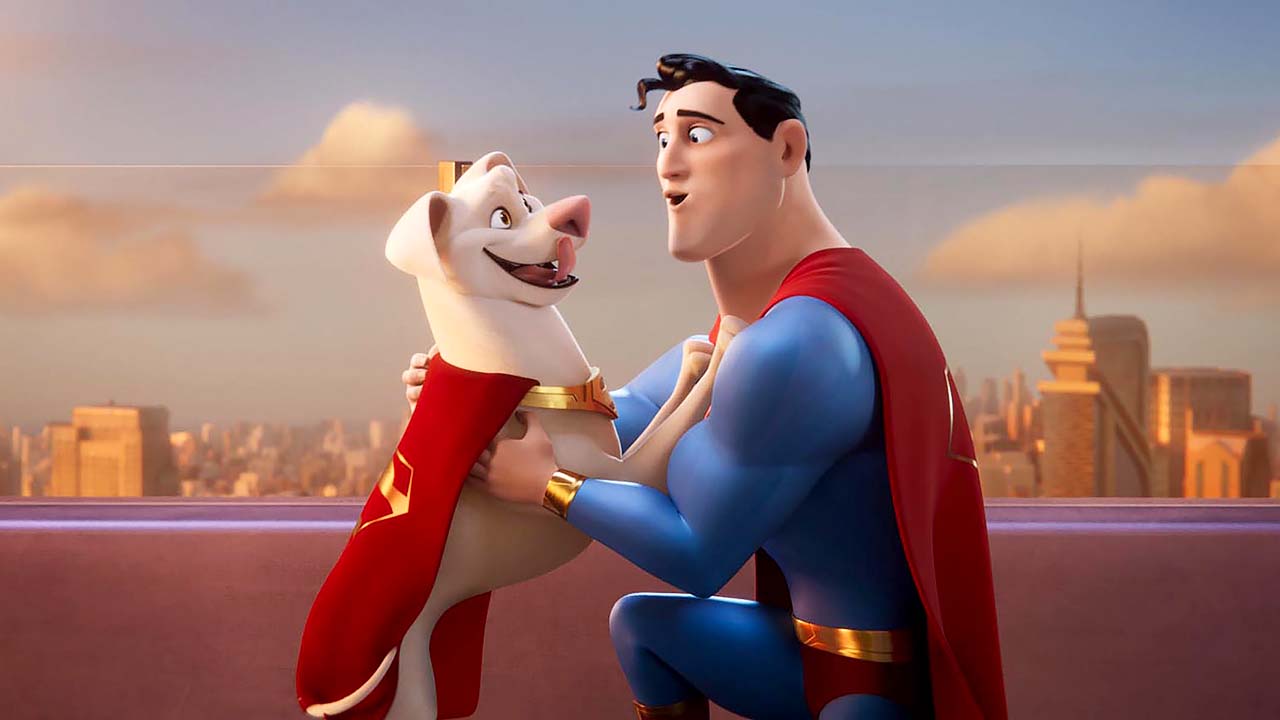 According to legend, when his home planet of Krypton was about to explode, baby Kal-El’s parents placed him in a space capsule headed for Earth. But what no one realized until now is that, just before blast-off, Kal-El’s beloved puppy, Krypto, jumped into the capsule too.

That sets up the story of “DC League of Super-Pets.”

In Metropolis, Kal-El (voiced by John Krasinski) grows up to become Superman — a.k.a. Clark Kent — with faithful Krypto (voiced by Dwayne Johnson) — a.k.a. Bark Kent — always at his side. At least until, Clark’s courtship of “Daily Planet” reporter Lois Lane (voiced by Olivia Wilde) gets so serious that he’s proposing marriage.

Does that mean that Bark has lost his best friend?

Luther has obtained a meteorite of orange kryptonite, only to discover that — while it doesn’t work on humans — it has a devastating effect on animals, like Krypto.

Desperate to save his owner, Krypto recruits a team from the Tailhuggers Animal Shelter. There’s Ace (voiced by Kevin Hart), a ‘loner’ Boxer who becomes super-strong and indestructible, potbellied pig PB (voiced by Vanessa Bayer) who grows to enormous size, Chip (voiced by Diego Luna), an electrified red squirrel, and super-speedy Merton the Turtle (voiced by Natasha Lyonne).

Written by director Jared Stern (LEGO animated films) with John Whittington, this animated comic-book feature is loosely based on DC’s “Legion of Super-Pets,” which first appeared in 1962’s “Adventure Comics #293.” It’s loaded with laughs, imaginative jokes and a heartfelt life lesson about the value of friendship — and it sets up a sequel.

On the Granger Gauge of 1 to 10, “DC League of Super Pets” is a spirited, scrappy 7 — a good time at the movies for you and the kids — and the kid in you. 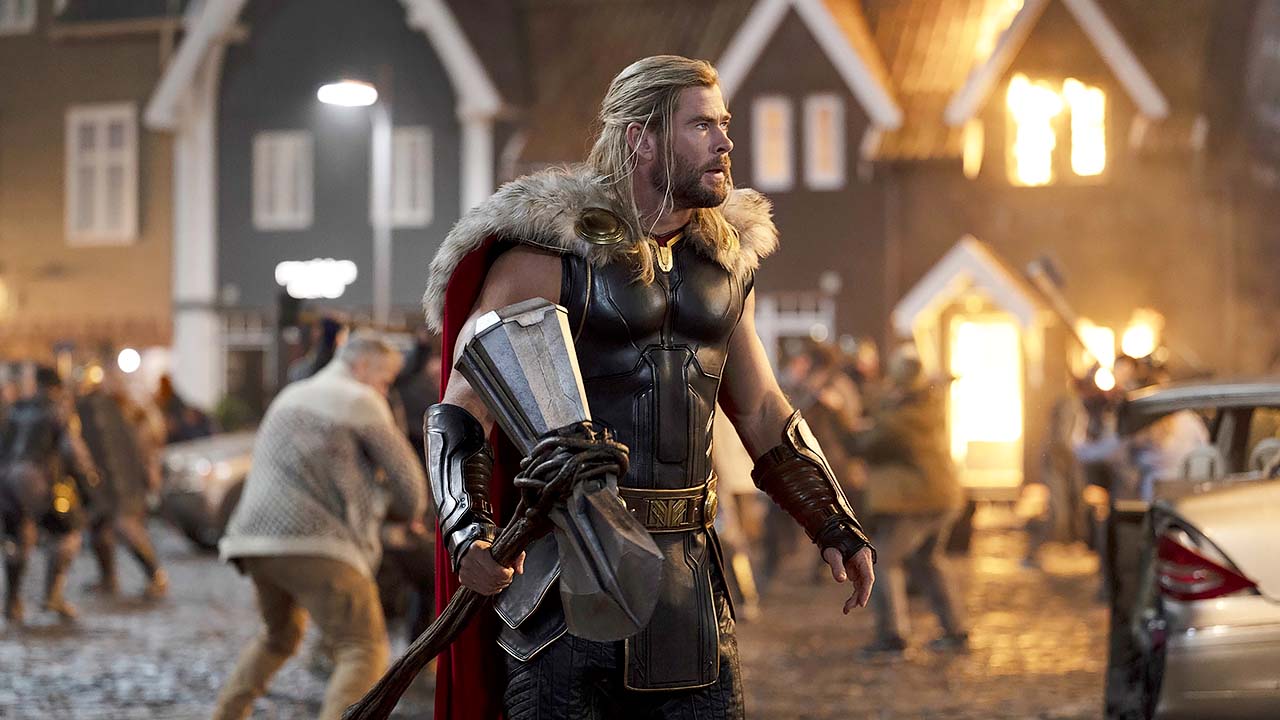 “Thor: Love and Thunder” is bringing the hammer down at the box-office. The second God of Thunder movie directed by Taika Waititi adds to the franchise which has grown with each subsequent film. Waititi is widely credited with rejuvenating the series, infusing it with irreverent humor and larger-than-life heavy-metal aesthetics.

But now the once-pious Gorr The God Butcher (Christian Bale) has gone on a villainous rampage. Feeling betrayed by the deity he worshipped, disillusioned Gorr wields the Necrosword, vowing to kill every divine being in the universe.

On the Granger Gauge, “Thor: Love and Thunder” is an action-packed, silly-scary 6 with two-post credits scenes. This is the 29th film in the Marvel Cinematic Universe, playing only in theaters. 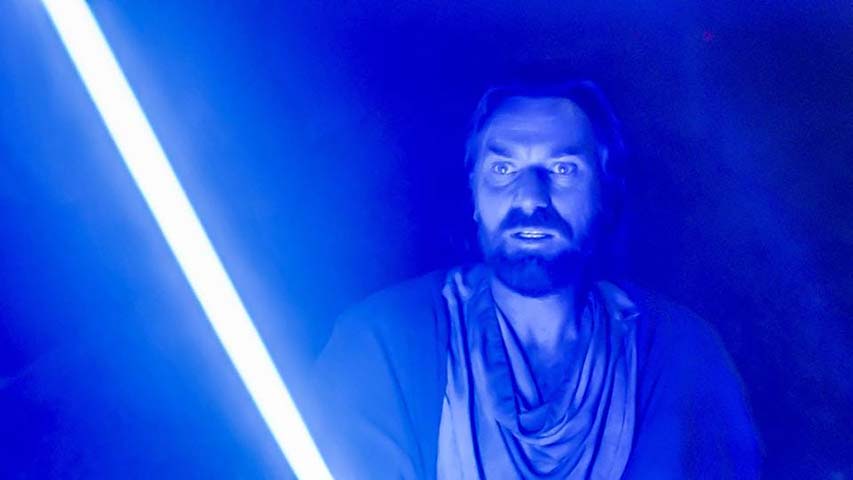 Originally intended as a “Star Wars” spin-off film, that concept was reportedly shelved when “Solo: A Star Wars Story” (2018) proved disappointing at the box-office. Now the sci-fi fantasy “Obi-Wan Kenobi” is the first live-action TV series in the “Star Wars” franchise to be set between the prequel and the original trilogies.

The story begins 10 years after “Star Wars: Revenge of the Sith” (2005) in which iconic Jedi Master Obi-Wan Kenobi faces his greatest defeat as his best friend and apprentice Jedi Anakin Skywalker — husband to Padme (Natalie Portman) and father of twins Luke and Leia — turned to the dark side, becoming the evil Sith Lord Darth Vader.

The Republic has fallen to the Galactic Empire and the few remaining Jedi are being hunted throughout the galaxy by the Grand Inquisitor (Rupert Friend) with ambitious Reva (Moses Ingram) — a.k.a Third Sister — at his side.

Calling himself ‘Ben,’ Obi-Wan Kenobi is very much alone, like a last samurai trying to uphold a code in a rapidly changing world. He lives on the desert planet of Tatooine, secretly observing 10 year-old Luke from afar.

But then he’s summoned to the planet Alderaan by Imperial Senator Bail Organa (co-founder of the Rebellion) whose adoptive daughter, precocious 10 year-old Leia (Vivien Lyra Blair, who resembles a young Carrie Fisher), has been kidnapped.

Directed by showrunner-executive producer Deborah Chow, the limited six-episode series delves into how Obi-Wan went from warrior hero in the prequels to the venerable Zen Jedi Master seen in the original trilogy.

On the Granger Gauge, “Obi-Wan Kenobi” is a nostalgic 6, streaming on Disney+.