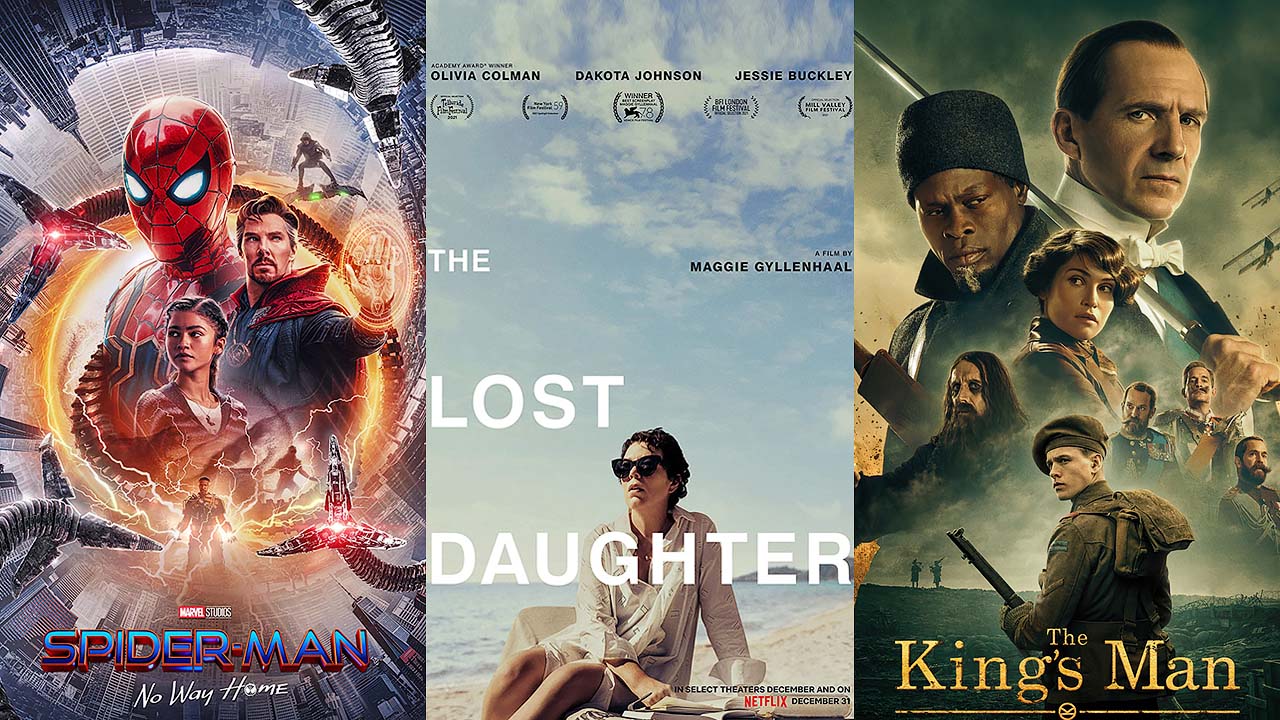 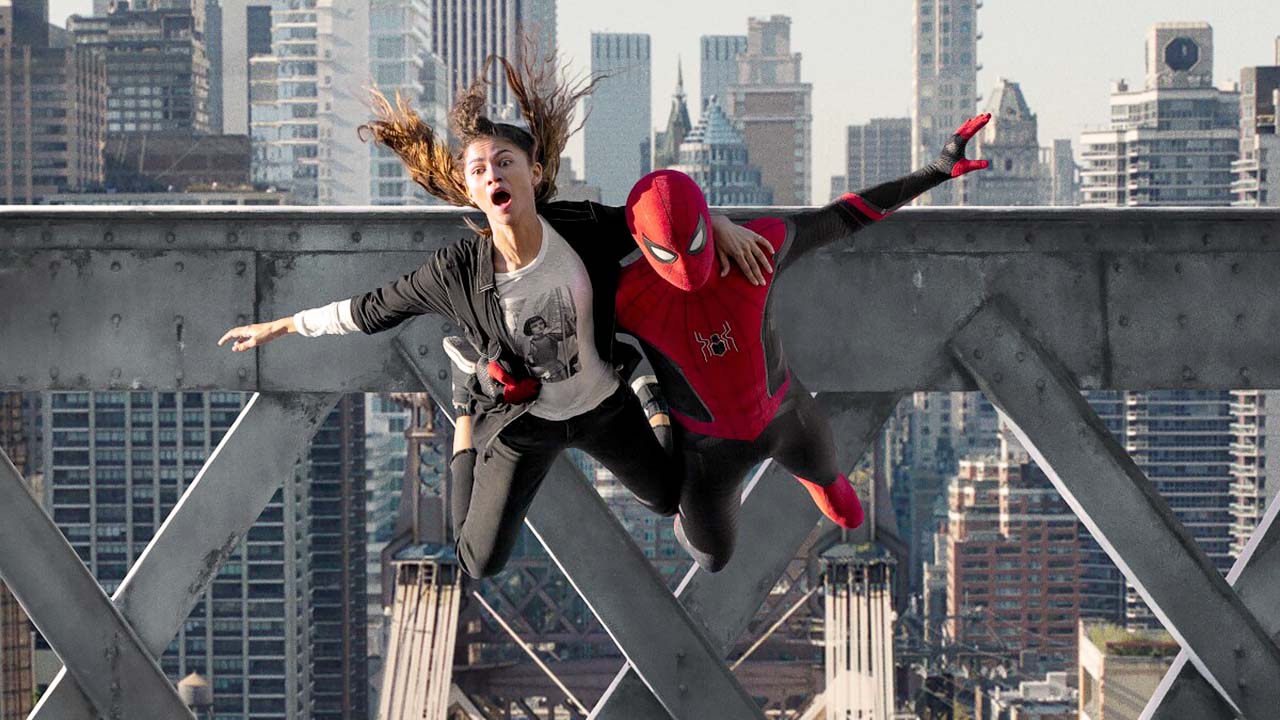 Spidey swings again! The new sequel “Spiderman: No Way Home” topped $600 million, becoming the biggest hit in Sony Pictures history and ranking as one of the 10 top-grossing domestic hits of all time.

The media soon surround his apartment, harassing Aunt May (Marisa Tomei) and bachelor-uncle Happy Hogan (Jon Favreau), as Peter is accused of being a war criminal.

When guilt-by-association causes Peter’s plucky girl-friend MJ (Zendaya) and loyal pal Ned (Jacob Batalon) to be rejected by MIT, he solicits his mentor Doctor Strange (Benedict Cumberbatch) to use his Master of the Mystic Arts powers to make everyone forget he was ever Spidey.

Problem is: that spell opens up the Multiverse, creating an eye-popping, intergalactic rift between parallel dimensions.

Surprises abound in this radical approach to a superhero movie, a caper that would have delighted the late comic-book auteur Stan Lee, who loved interlocking sprawling Marvel Comics backstories, exploring a multitude of characters.

Stick around for the mid-credits scene and post-credits trailer, heralding more chaos from the collective amnesia in the Marvel Cinematic Universe in “Dr. Strange and The Multiverse of Madness.”

On the Granger Gauge of 1 to 10, “Spiderman: No Way Home” is an action-packed, nostalgic 9, jump-starting theater-going despite the Omicron variant. 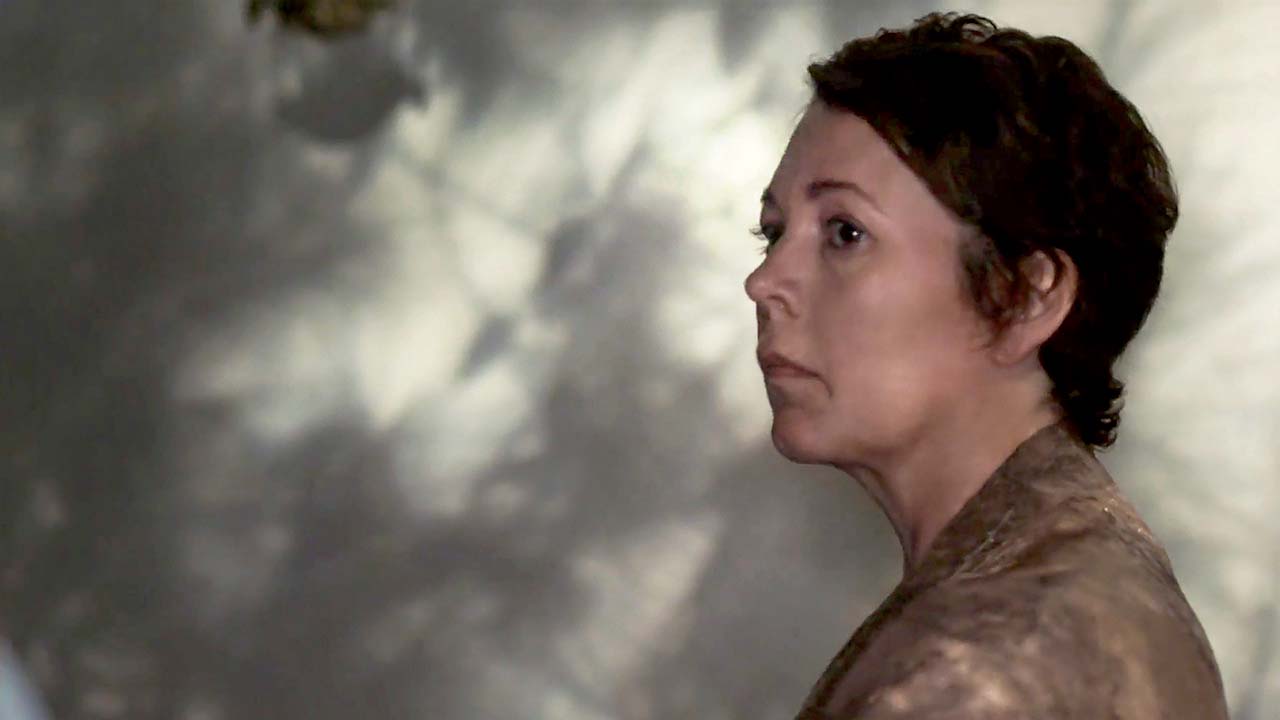 One great blessing of the current trend toward diversity and inclusion is that Netflix green-lit “The Lost Daughter,” a scathingly honest psychological exploration of the ambivalence of motherhood, trusting actress Maggie Gyllenhaal to make her auspicious directing debut unraveling its psychological complexity.

The foreboding story follows a middle-aged, British, divorced, literature professor, Leda (Olivia Colman), as she embarks on a solitary summer holiday. Arriving on the Greek island of Spetses, she’s immediately welcomed by the flirtatious handyman (Ed Harris) who handles her rental flat.

After a genial bartender (Paul Mescal) has settled her into a comfortable lounge chair under an umbrella, Leda steadfastly balks after being rudely asked to move ‘down the beach’ to accommodate a brash, boisterous American family, headed by pregnant Callie (Dagmara Dominczyk).

Instead, introverted Leda begins watching an attractive young mother, Nina (Dakota Johnson), part of that rowdy clan, who is obviously torn between the pleasures of youth and the responsibility of parenthood as she copes with her needy, cantankerous toddler daughter.

That brings back unnerving memories of how Leda herself struggled while raising two daughters — Bianca and Martha — both now grown and living far away.

“I’m an unnatural mother,” Leda (Jessie Buckley as her younger self) says, feeling overwhelmed and guilty while admitting to utter exasperation with her attention-demanding girls.

Back then, Leda was working as an ambitious translator of Italian poetry, so eager for intellectual/artistic recognition in her field of study that she recklessly makes a life-altering choice involving a sexy professor (Peter Sarsgaard) at an academic conference.

Then, suddenly, there’s panic on the beach as Nina’s little girl goes missing, along with her beloved doll.

On the Granger Gauge, “The Lost Daughter” is a subversive yet compassionate 7 — in select theaters and streaming on Netflix. 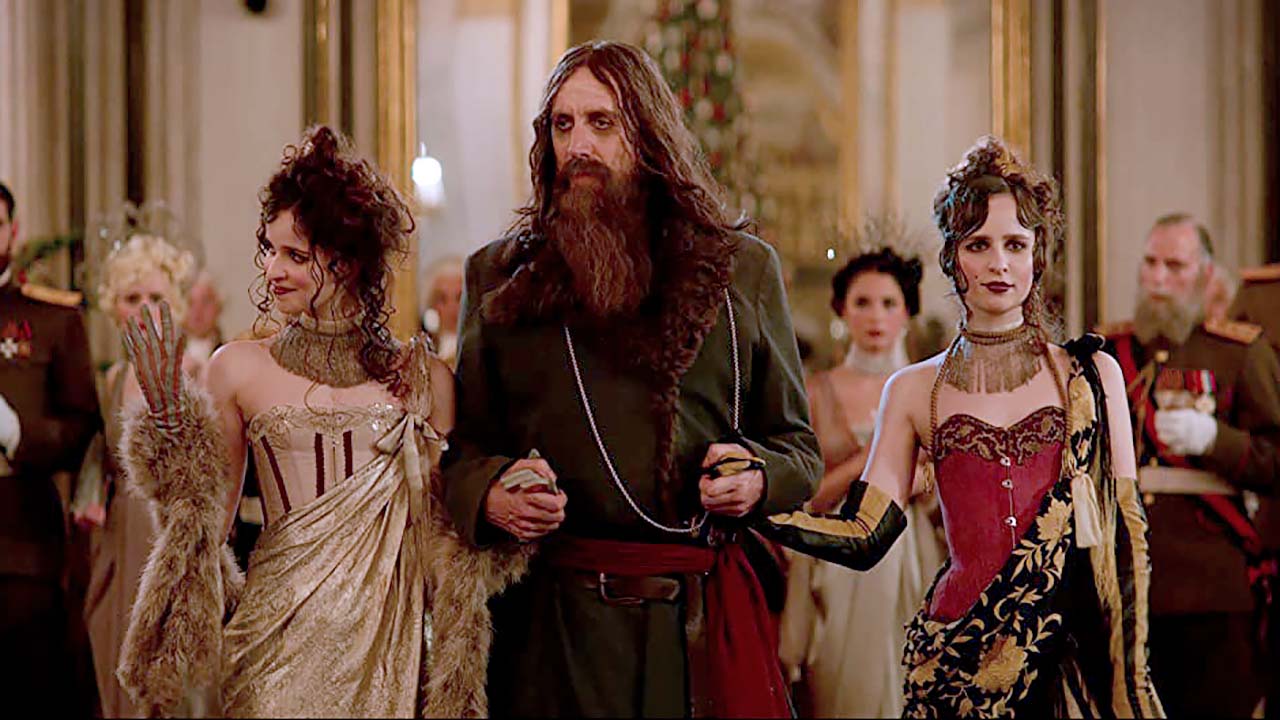 “The King’s Man,” a prequel to writer/director Matthew Vaughn’s previous comedy/action/adventure, reveals the origins of the super-secret British agency headquartered in a discreet tailor’s shop on London’s fashionable Savile Row.

Set during World War I, the irreverent story revolves around Orlando, Duke of Oxford (Ralph Fiennes), who is determined to prevent a nefarious cabal, led by The Shepherd, from annihilating Europe’s ruling class and creating anarchy.

Taking liberties with actual history, he and his patriotic son Conrad (Harris Dickinson) were riding in the carriage of Austria’s Archduke Franz Ferdinand when he’s assassinated by Gavrilo Princip in Sarajevo.

Clues lead Orlando, accompanied by his loyal bodyguard Shola (Djimon Hounsou), to Russia, where he encounters the mad monk Grigori Rasputin (Rhys Ifans), who greets him with “Take your trousers off and sit down,” before licking a battle wound on the aristocrat’s thigh.

Weird — to say the very least — heralding an elaborate dance/fight sequence, set to the “1812 Overture.”

As the swashbuckling plot progresses, villainous Rasputin’s legendary resilience is tested … and he’s not even the mysterious mastermind.

Problem is: the tone of Matthew Vaughn and Karl Gajdusek’s convoluted script is inconsistent and, therefore, confusing, bouncing between colonialism and pacifism, as pithy Orlando proclaims, “Nobility never came from chivalry. It came from being tough and ruthless.”

Yet, kudos to them for slyly inserting a super-efficient nanny (Gemma Arterton) who has organized a network of domestic servant-spies. But bickering Colin Firth’s Harry Hart and Taron Egerton’s Eggsy are sorely missed.

FYI: The Kingsman concept can be traced back to Icon Comics, a Marvel imprint.

On the Granger Gauge, “The King’s Man” is an absurdly frenzied 5, exclusively in theaters.