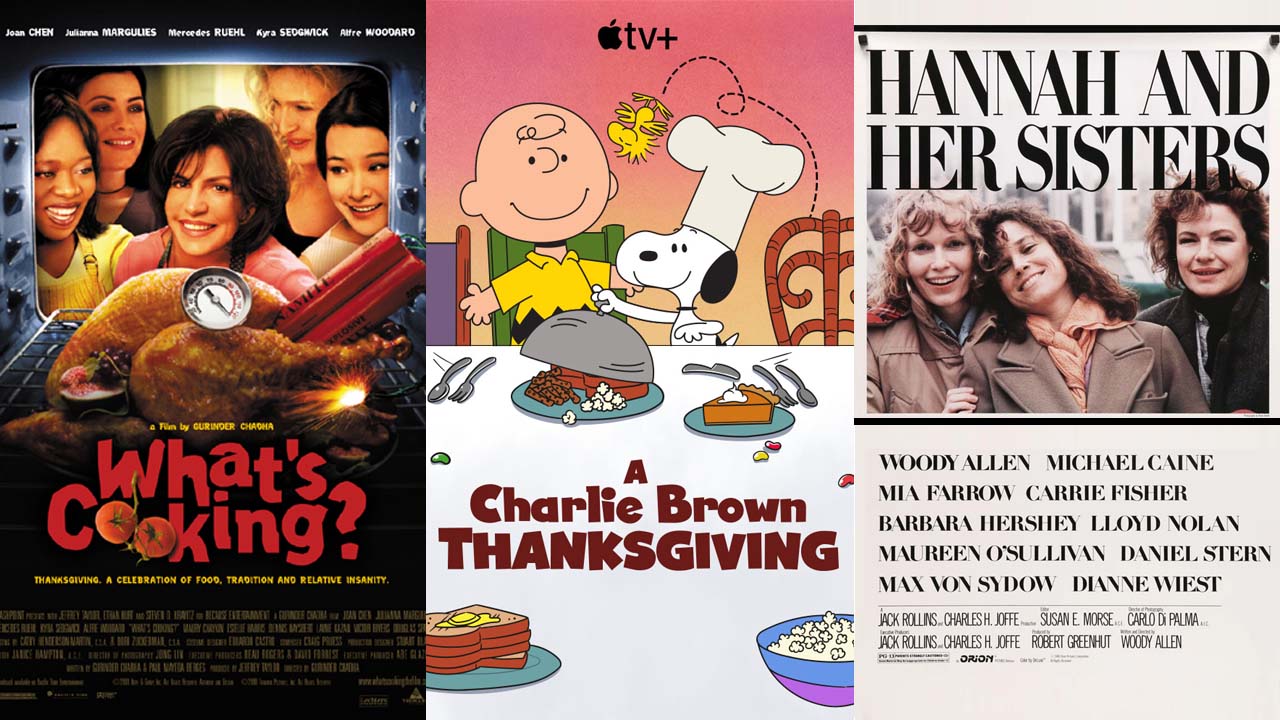 Whether you’re visiting or at home this week, there are many streaming movies about Thanksgiving that you can enjoy with friends and family. Here are my favorites — and where to find them:

“A Charlie Brown Thanksgiving” (1973)  This 25-minute animated film is a true classic, as Charlie Brown learns the real meaning of the holiday, along with the rest of his Peanuts gang. Watch on Apple TV+ or Amazon Prime.

“Home for the Holidays” (1995)  Jodie Foster directed this dramedy revolving around single mother (Holly Hunter) who travels to her childhood home for an explosive holiday dinner with her dysfunctional family. There’s her long-suffering sister (Cynthia Stevenson), snobby brother-in-law (Steve Guttenberg) and nutty aunt (Geraldine Chaplin). Sparking the evening is a flirtation with her brother’s friend Leo Fish (Dylan McDermott). Watch on Amazon Prime or Starz.

“The Last Waltz” (1978)  Documentary about the last concert of the American/Canadian rock group The Band in San Francisco on Thanksgiving. Watch on Amazon Prime, Hulu or Epix.

“The Turkey Bowl” (2019)  A former high-school quarterback (Ryan Hansen) is tricked into returning home for Thanksgiving weekend because his buddies need his help finishing a game from 15 years ago, known as the Turkey Bowl. Watch on Hulu.

“American Experience: The Pilgrims” (2015)  A documentary about founding of the first English colony in New England and the first Thanksgiving. Watch on Amazon Prime.

“The Blind Side” (2009)  Sandra Bullock won an Oscar for this sports drama, based on a true story as a homeless teen is taken in by a wealthy family; he learns that love and hard work can make your dreams come true. Available on Amazon Prime or Sling.

“All the Right Moves” (1983)  Tom Cruise and Lea Thompson star in this sensitive study of an ambitious high school football star who desperately wants a football scholarship so he can get out of Johnstown, Pennsylvania; his equally ambitious coach aims at a college position, resulting in a clash that could crush the player’s dreams. Watch on Amazon Prime or Epix.

“Remember the Titans” (2000)  True story of an African-American coach and the first racially integrated team in suburban Virginia. It’s viewed through the eyes of the players when the man hired to coach the Black school is made head coach. The team becomes a unifying symbol for the community, as the players and adults learn to depend on and trust one another. Watch on Amazon Prime or Disney+.

“Invincible” (2005)  Mark Wahlberg and Greg Kinnear star in this biopic about Vince Papola, the 30 year-old bartender who joined the NFL’s Eagles in 1976. Watch on Amazon Prime and Disney.