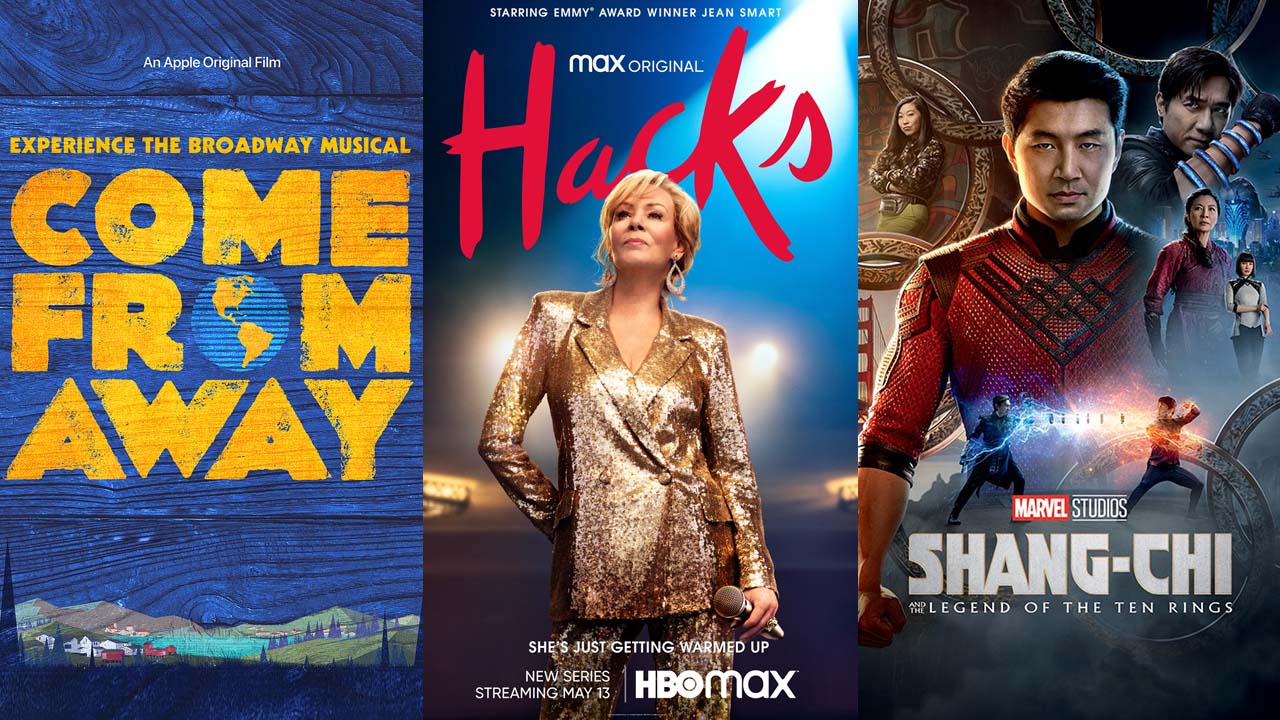 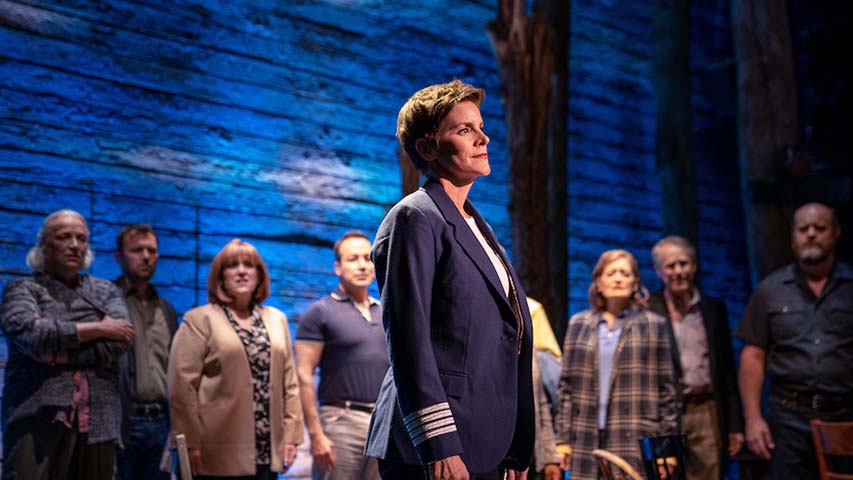 Why do you go to theater? Because it’s entertaining and fun. Because it opens your heart, teaches life-lessons and transports you to another time, another place. Because, occasionally, it conveys the essential goodness and resiliency of the human spirit at the same, shared moment in time.

Now, Apple TV+ presents “Come From Away,” one of Broadway’s best musicals.

After the terrorist attacks on Sept. 11, 2001, all flights crossing the Atlantic to the United States were diverted to Gander, Newfoundland, once a popular refueling spot on the edge of North America. Gander suddenly became the destination for 7,000 bewildered passengers from around the world.

The rousing “Welcome to the Rock” introduces the insular townspeople whose morning coffee at Tim Horton’s began like any other — before planes began to land, sending them scrambling for “Bedding and Blankets,” not to mention school buses, warm clothing, food and medicine, as a nervous, novice TV reporter tries to chronicle the chaos.

Its book is largely based on interviews that Canadian writers Irene Sankoff and David Hein conducted in 2011, when some travelers returned for a 10th anniversary ceremony — because Gander’s genial, person-to-person hospitality was beyond remarkable.

A gay couple from Los Angeles was afraid of encountering homophobia but, instead, found warm acceptance, along with a distraught mother with an NYC firefighter son, a Texas divorcee, her amorous British acquaintance, a wary urban Black man, a Muslim chef and a Rabbi — to name just a few.

Admittedly, many of these characters are composites, but not trailblazing American Airlines pilot Beverly Bass, played by Jenn Colella, whose rousing “Me and the Sky” is a wistful feminist anthem.

The crowd-pleasing, one-hour-45-minute performance fittingly concludes on a life-affirming note: “We honor what was lost — but we also commemorate what we found.” 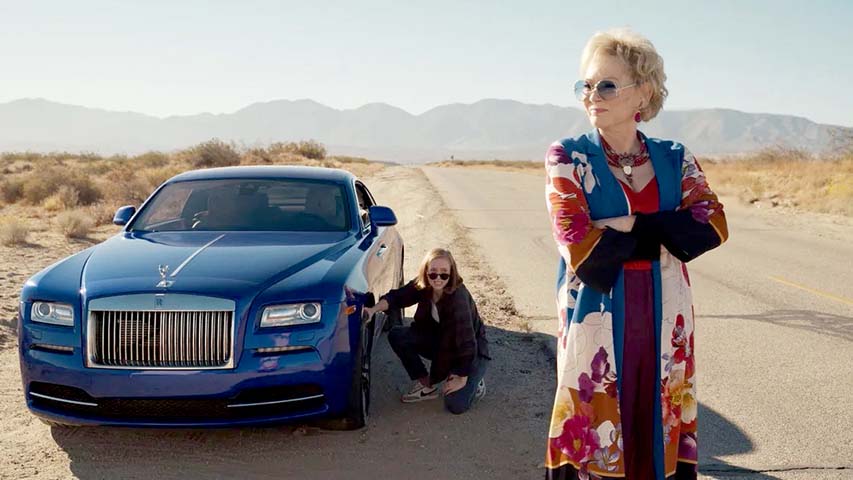 While “Ted Lasso” seems like a shoo-in, along with Jason Sudeikis, veteran actress Jean Smart might well walk off with the Lead Actress Comedy Award for “Hacks” at next Sunday’s Emmy Awards.

Smart plays Deborah Vance, a legendary stand-up comedienne who is struggling to retain her Las Vegas residency. Much to her dismay, the casino CEO (Christopher McDonald) tells her that she has to work with Ava Daniels (Hannah Einbinder), a 25 year-old Los Angeles TV comedy writer with a very different approach to crafting humor.

The half-hour series begins with Ava’s initial resistance to working for volatile Deborah — it’s classic ‘zoomer vs. boomer.’ The plot then proceeds through her arrival at Deborah’s extravagant French chateau to embark on an assignment to view and organize the Vance archives, during which she develops respect for the courage and sacrifice that propelled her boss to the top of her game.

While the ferocious character of Deborah Vance evokes memories of Joan Rivers and Phyllis Diller, Smart notes: “I wanted her to be a unique creation. I would never try to do an impression of anybody. It’s got to be something that sort of comes from me. Otherwise, I don’t think it would ring true.”

On the Granger Gauge, “Hacks” is an engaging 8, streaming on HBO Max.

Shang-Chi and the Legend of the Ten Rings 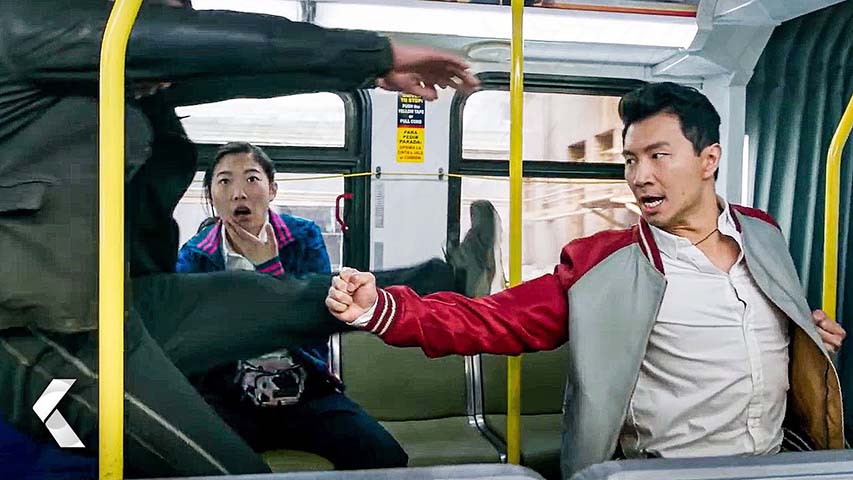 “Shang-Chi and the Legend of the Ten Rings” is the newest addition to the Marvel Cinematic Universe (MCU). It’s the origin story of Shang-Chi (Simu Liu), the slacker son of an immortal crime lord (Tony Chiu-Wai Leong) who has seemingly rejected his father’s empire.

Instead, along with his best friend Katy (Awkwafina), he’s a parking valet at a fancy San Francisco hotel, using the Americanized name of Shaun. Then — one evening, on his way home — he’s accosted by thugs who attempt to steal a pendant from around his neck. Big mistake!

Suddenly, Shang reveals his true identity as an elite assassin who has been hiding from his 1,000-year old supervillain father, Wenwu — a.k.a. The Mandarin — who controls the magical Ten Rings that grant its wearer godlike power.

Accompanied by Katy, Shang then takes off for Macau to find his sister Xialing (Meng’er Zhang) and stop Wenwu from invading the mythical city of Ta Lo, where he thinks his presumed-dead wife (Fala Chen), Shang’s mother, is being held hostage.

As Wenwu says: “You can’t outrun who you really are.”

Predictably, there are convoluted references to The Blip (referring to events in “Avengers: Infinity War” and “Avengers: Endgame”), along with various MCU cameos, plus Micelle Yeoh as Shang’s aunt Jiang Nan and Ben Kingsley as Trevor Slattery.

FYI: Shang-Chi’s comic book history goes back to the ‘70s with ties to the infamous Fu Manchu. Ten Rings was first mentioned in “Iron Man” (2008) and then in “Iron Man 3” (2013), introducing its leader, the Mandarin.

After the two end-credits scenes, there’s a promise: “The Ten Rings Will Return.”

On the Granger Gauge, “Shang-Chi and the Legend of the Ten Rings” is a superhero 7 — playing only in theaters (at least for now).