Words of Caution About Bears 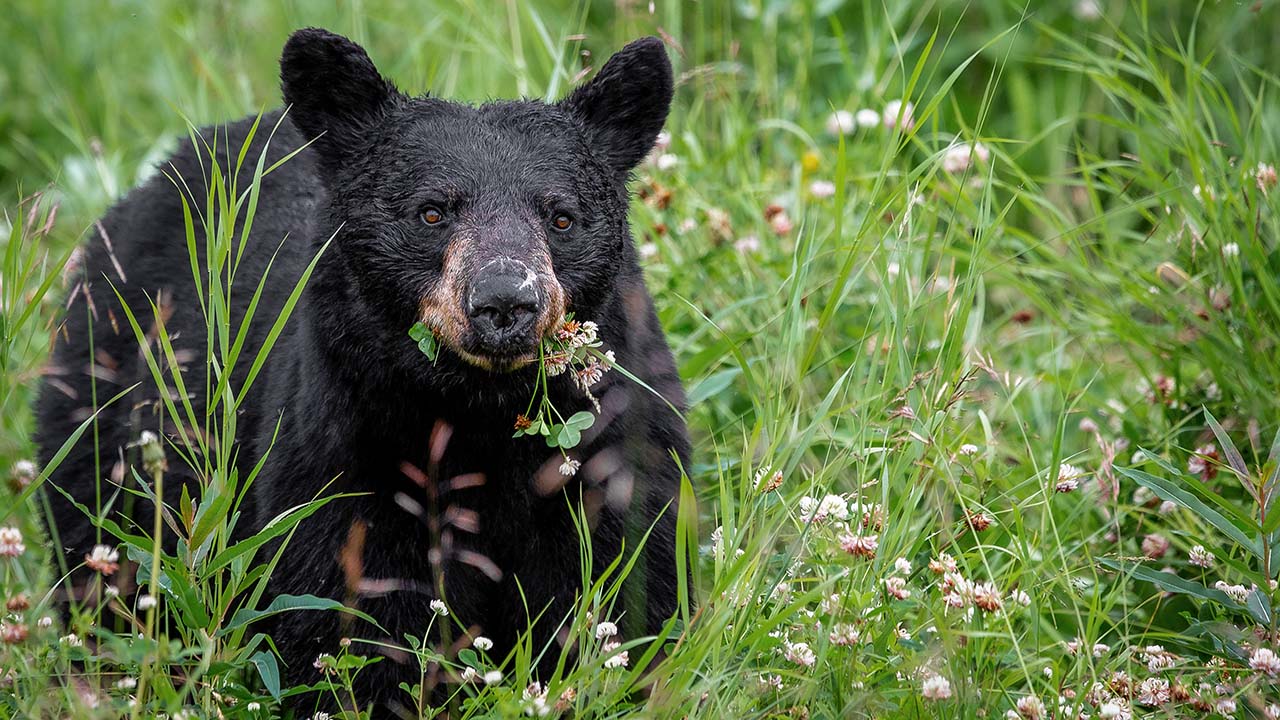 Animal Control Officer Mark Harper and Assistant Peter Reid issued a caution about bears this week, and offer advice about avoiding problems and dealing with encounters.

Mr. Harper said a number of black bears are present in Weston. The bear population in Connecticut has grown over several decades, and some have migrated here.

The good news, according to Mr. Reid, is that black bears are the least dangerous species of bear, accounting for only 67 lethal attacks on humans in North America in the last 120 years, less than one each year. They are, he said, generally timid and retreat from conflict with humans.

The bad news is that a female bear with cubs will be fiercely protective of her offspring, and bears are actively out and about right now in search of food before going into hibernation for the winter.

“This is the time of year you are most likely to encounter a bear,” said Officer Harper, because they are “actively bulking up for winter.” Mr. Reid said bears forage for up to 20 hours a day, consuming up to 20,000 calories each day.

That means they may be foraging near you. However, “you can’t think of them as Pooh Bear,” said Officer Harper.

Bears came into focus this weekend, in a case Mr. Harper said is “highly unusual.” According to reports from the town of Morris, a male bear wandered from the woods into a backyard where a 10 year-old boy was playing and injured the boy. Neighbors and the boy’s grandfather intervened, and the bear eventually let go, but in a particularly unusual move the bear did not leave the scene.

“It’s a little scary that the bear hung around,” said Mr. Harper. Ultimately, the animal was euthanized by Department of Energy and Environmental Protection officers.

The officers offer insight about what attracts bears to your property.

Feeders containing seed and suet are highly attractive to bears. Mr. Harper said you should take in bird feeders at dusk and never hang them on a porch or patio. Bears will climb onto the porch to get to the feeders, putting them quite near you.

An alternative is to put feeders on a pole in the open yard, but Officer Harper reminds you that bears are incredibly strong, and can easily bend metal poles to get to seed and suet which, he said, they can smell from more than a mile away.

The officers advise that you keep garbage cans in a garage or other fully enclosed structure, taking them out immediately before collection if your hauler insists that they be accessible. They also suggest that you periodically clean garbage cans and recycling bins with a diluted bleach solution to eliminate old food odors. This will make the cans less attractive to bears.

Bears are very attracted to chicken coops and beehives. To deter bears from disturbing them, Officer Reid said the best approach is to install an electric fence around them, one carrying 6,000 to 7,000 volts. Temporary and battery-powered fencing are options.

Grills and dining surfaces should be cleaned after each use to eliminate remaining food odors that may attract bears.

They also advise not feeding pets outside, another possible source of aroma.

From indoors and from some distance, there should be no problem taking pictures or shooting video of a bear. Up close and personal, however, not a good idea. Especially a selfie.

Bears “can easily misinterpret the selfie-taking process.” Mr. Harper and Mr. Reid advise against making a priority of a photo-op. “You can observe the bear from a distance as you retreat, and enjoy the experience, without documenting it on Instagram.”

If you are hiking, they advise keeping your dog on a lead. “Bears will not seek conflict with a dog, but a bear will defend itself if a dog pursues them.”

They also recommend that hikers carry bear spray, an air horn, or even a whistle on a lanyard around your neck.

“If you come face-to-face with a bear, make noise and act in an assertive manner, while gradually retreating and watching the bear. Clapping your hands can be effective, if you don’t have a whistle or air horn. In most cases the bear will also retreat.”

According to reports, in the Morris incident the boy’s grandfather threw a metal bar at the bear and a neighbor chased the animal while yelling and brandishing a metal pipe.

“If a bear comes toward you,” the Animal Control officers advise, “stand your ground and make noise. Do not run from a bear, but gradually retreat the way you came, keeping the bear under observation the entire time. In the unlikely event that a bear attacks, stand your ground and fight back with whatever is at hand.”

Bear sightings in Weston are increasingly commonplace. Officer Harper speculates that as the bear population grew in other parts of the state, some portion migrated to our area, probably first to wide-open spaces like Devil’s Den and Trout Brook.

If food can easily be found on your property, the odds are you will have a repeat visitor. Bears cover a territory of about 10 to 15 miles in a circle, but when they find a food source, “they form a habit,” said Officer Harper.

Using non-lethal means, officers may try to “haze” the bear, to condition it to conclude that his or her presence is not welcome.

But you are again urged not to confront the bear yourself, not to get too close for a photo, and to make every effort to remove the items that attracted the bear in the first place.