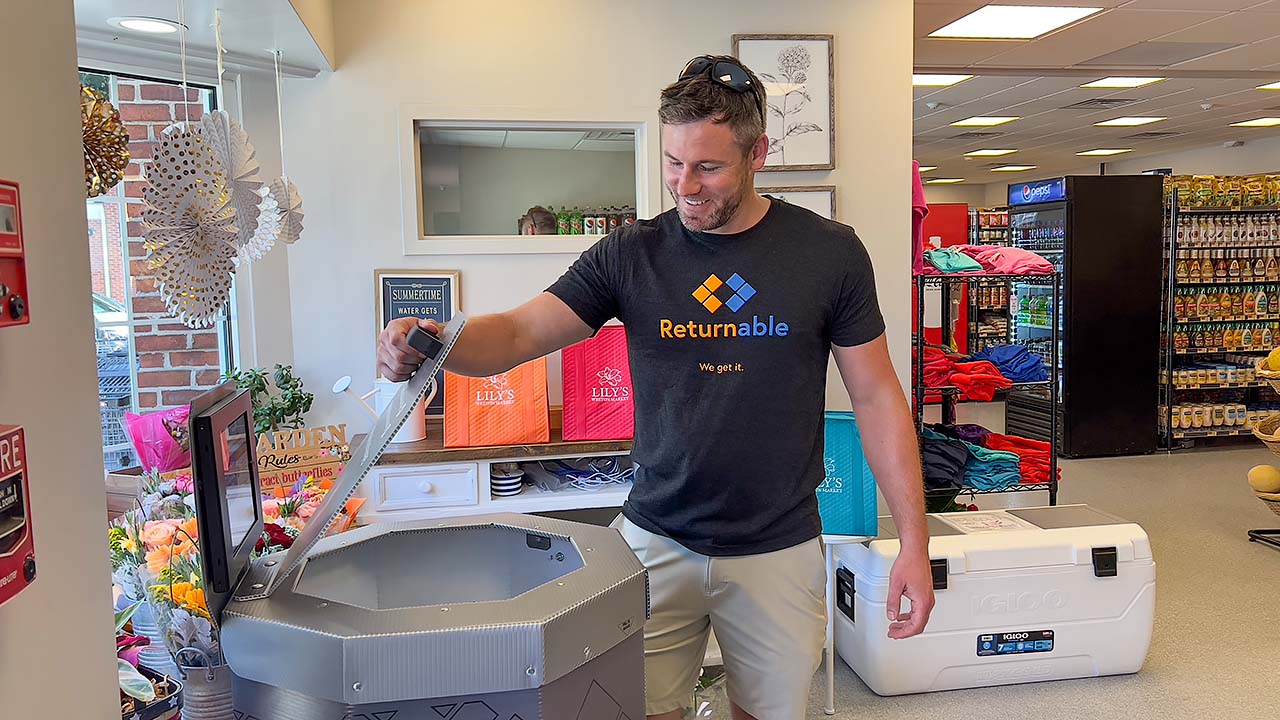 About 30 percent of all online purchases are returned, says Weston resident Kevin Dougherty, whose company Returnable aims to make the process of sending back unwanted items easier and more convenient.

A Returnable drop box is now installed inside the front entrance of Lily’s Weston Market. From time to time, Mr. Dougherty sets up a table outside and offers a free t-shirt, bottled water, a free one-month trial, and an explanation of how the service works.

It’s fairly simple. With a Returnable subscription ($12.21 per month), you can return items bought online by emailing the purchase receipt to Returnable. There are no other fees. Drop the item in the box at Lily’s, and you’re done. You don’t have to package the item, fill out a label, or contact the seller. Returnable takes care of everything.

It works about the same way with Amazon purchases, except that it starts with requesting a return in your Amazon account. Amazon sends you a QR code, which you forward to Returnable and drop off the item.

Mr. Dougherty said the idea for the business came during the pandemic when his own family began ordering more and more online. As more goods were delivered, more stacked up for return on the dining room table.

Returnable was launched at apartment buildings in Norwalk, Stamford, and New York City. The service is soon to be offered in Washington D.C. Lily’s is the company’s first location in a grocery store anywhere.

Mr. Dougherty and his family have lived in Weston for four years. A U.S. Marine Corps veteran with service in Afghanistan, he is active with the town’s Veterans Affairs Committee. 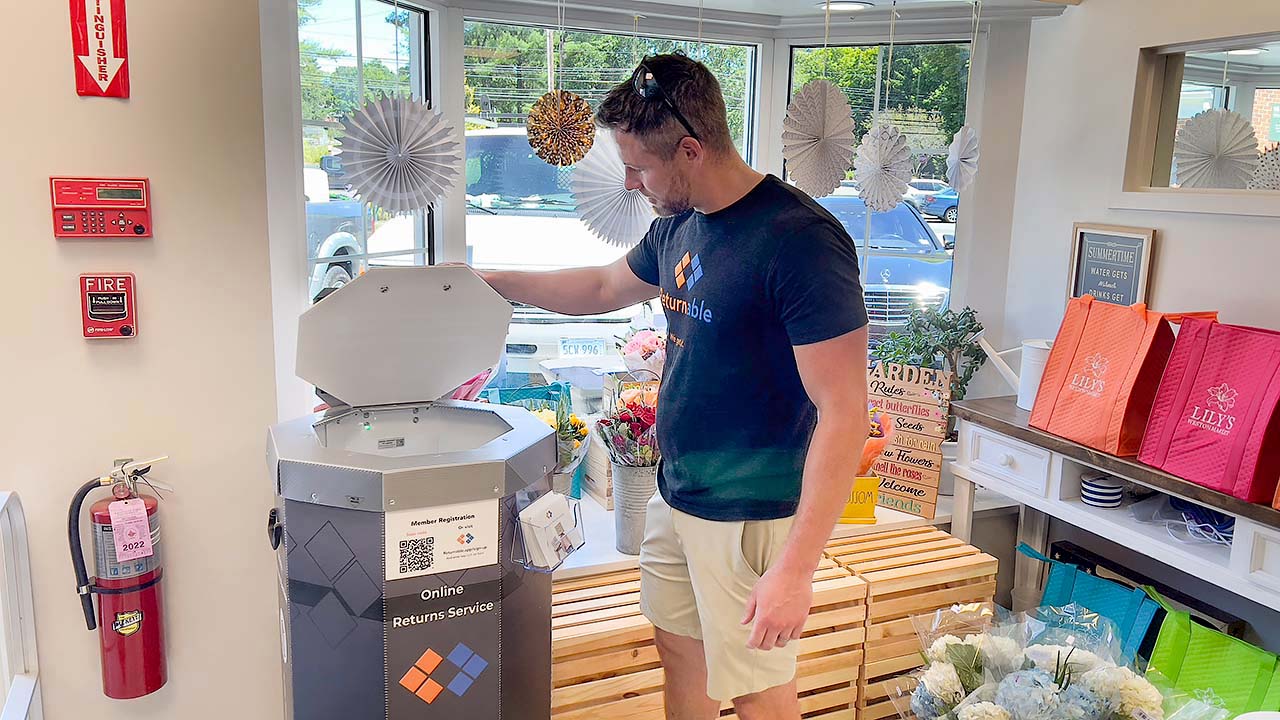 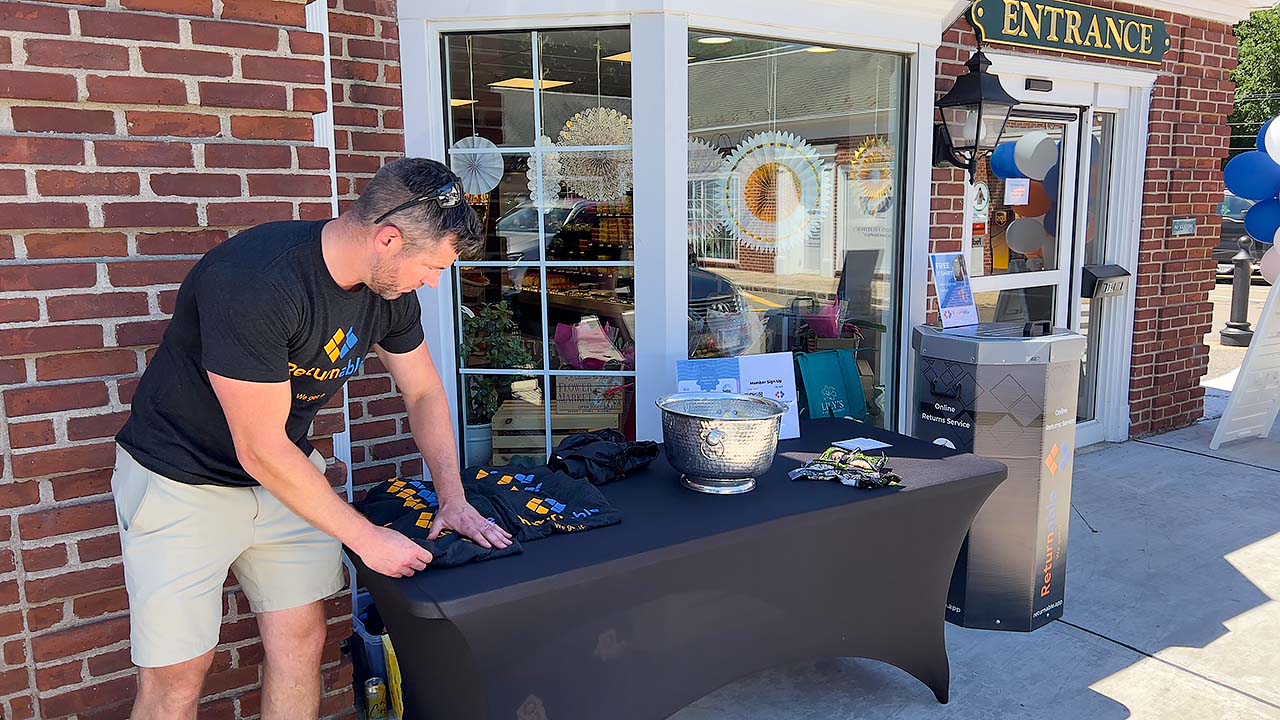