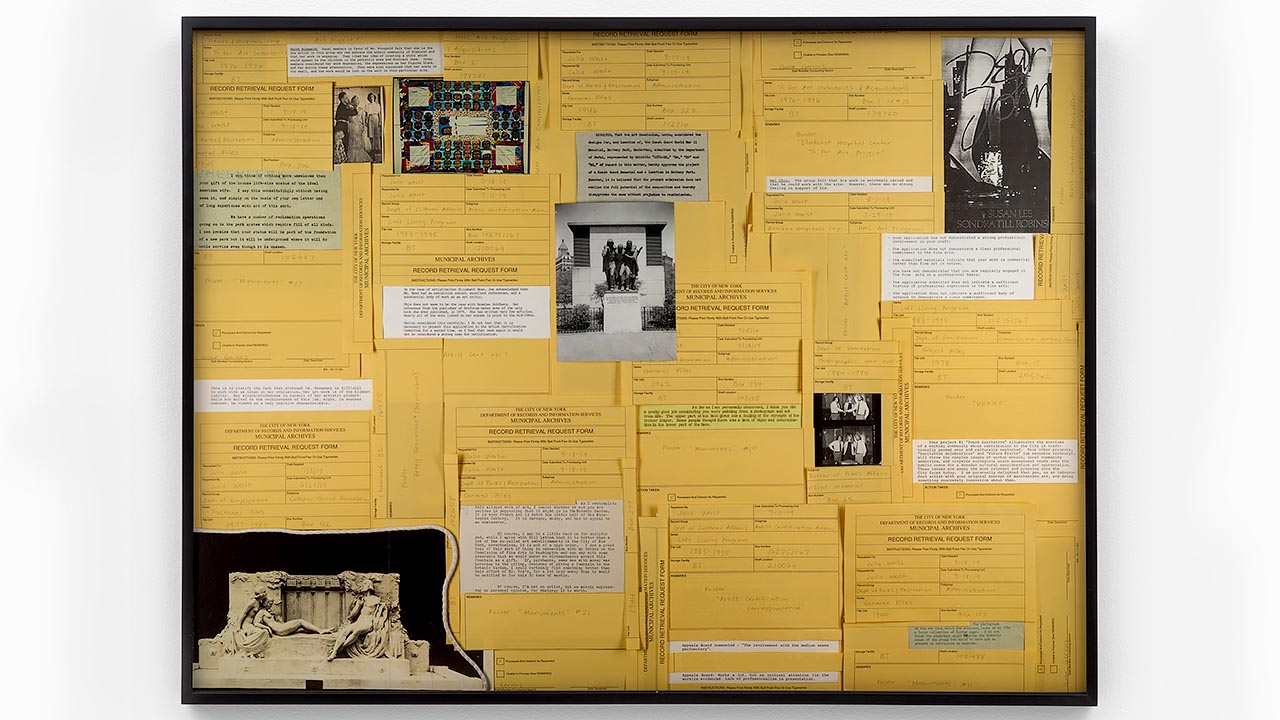 An exhibition by artist Julia Weist, Weston High School class of 2002, appears in a solo show in New York City through June 18. Her work is already in permanent collections of the Museum of Modern Art, The Brooklyn Museum, The Art Institute of Chicago, The Los Angeles County Museum of Art, and other major venues.

Ms. Weist’s art has previously been exhibited at The Shed in New York City, the Gwangju Biennale in South Korea, the Hong-Gah Museum in Taiwan, Kunstinstituut Melly in Rotterdam, and at nGbK in Berlin.

The new exhibition, “Governing Body,” is on display at Rachel Uffner Gallery in lower Manhattan.

A key part of the exhibition is Ms. Weist’s “Public Record” series, a result of her selection in 2019 by New York City’s Department of Cultural Affairs to create an artwork inspired by the city’s repository of historic records. In her year-long residency, she researched records revealing “the complex relationship between the city and its artists.”

Another project represented in the exhibition also came from a dive into archives, this time in Albany, researching film scenes that were censored early in the 20th century by the State of New York’s Motion Picture Division, typically for their representation of the female body. Ms. Weist produced a short film stitching together many of the scenes, submitted it to the MPAA, which gave it an R rating and now controls imagery promoting the film.

“Governing Body” includes movie posters for Ms. Weist’s film that were rejected by the MPAA because, according to the gallery, “they depict breastfeeding, childbirth and sculptures of the nude female form among other subjects.”

Ms. Weist received a Bachelor of Fine Arts degree from The Cooper Union School of Art and a Master of Library and Information Science degree from Pratt Institute.