Eight Eagle Scouts in Class of 2022 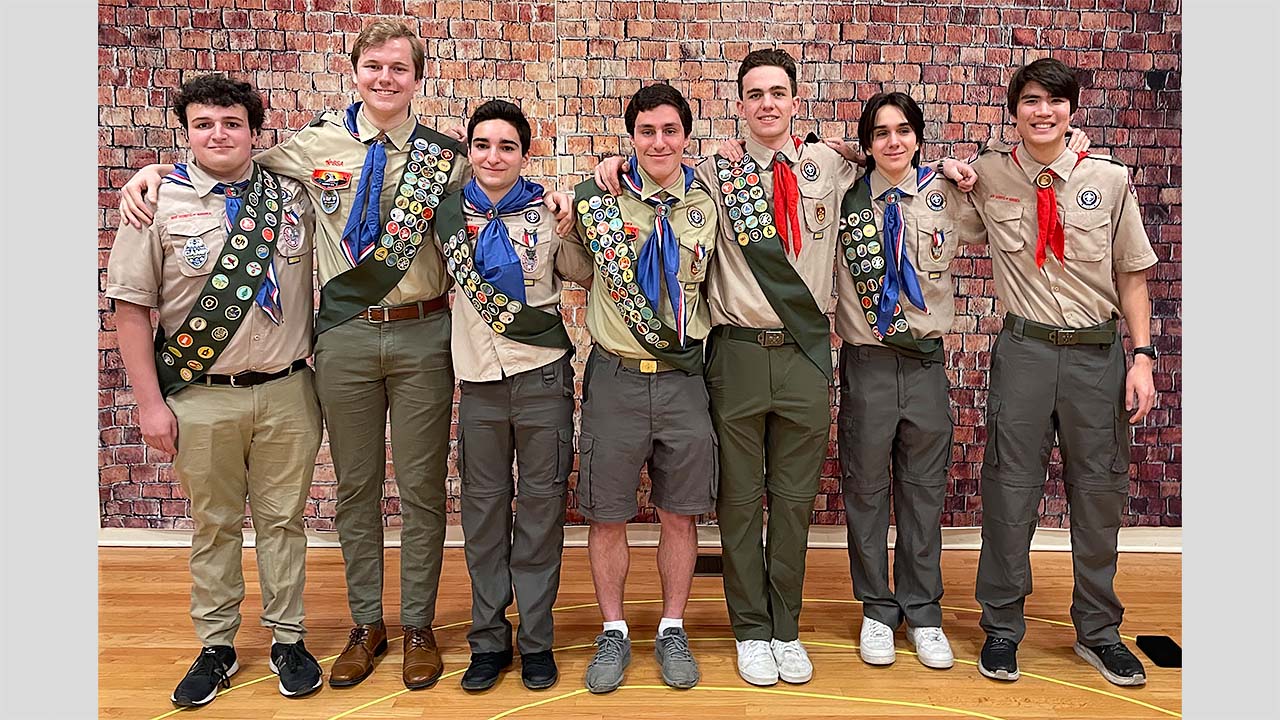 Four of the Eagles started as Tiger Cubs as Hurlbutt Elementary School first graders. The rest joined later while at Hurlbutt or Weston Intermediate School.

As Cub Scouts, many camping adventures were had, some on the grounds of The Weston Historical Society’s Coley Homestead. Every year, the Scouts designed and made race cars out of a block of wood for the Pinewood Derby race held at Weston Middle School.

After crossing over to Boy Scouts at the end of fifth grade, the scouting activities got a bit more intense, with white water rafting, biking trips, and optional high adventures.

Some of the Scouts spent a week on a sailboat at the Boy Scouts of America’s Sea Base in St. Thomas, U.S. Virgin Islands. Some attended the Boy Scouts National Jamboree in West Virginia, where they took part in wilderness adventures including mountain climbing and ziplining at the BSA Summit Bechtel Reserve. Some had the opportunity to hike the great peaks of Colorado. During the summers, most spent a week at Camp Sequassen in New Hartford. And, every year, they sold and delivered holiday trees and wreaths at The Onion Barn.

Thirteen of these badges are Eagle-required, including Cooking, Camping, First Aid, Emergency Preparedness or Lifesaving, Environmental Science or Sustainability, Citizenship in the Nation, and Personal Management. They are also required to volunteer in the community and hold positions of responsibility within the Scout troop.

The crowning achievement of an Eagle Scout’s journey is the Eagle Scout Service Project. Each Scout conceived of, planned, and executed their project in cooperation with and to benefit a community organization with the help of fellow scouts.

Henry Hayden built a trail footbridge in Trout Brook Preserve for Aspetuck Land Trust. Cole Mancinelli worked with the Committee of Veterans’ Affairs to identify four Weston veterans to interview and document their service to our country.

In the photo below, RJ Bos. 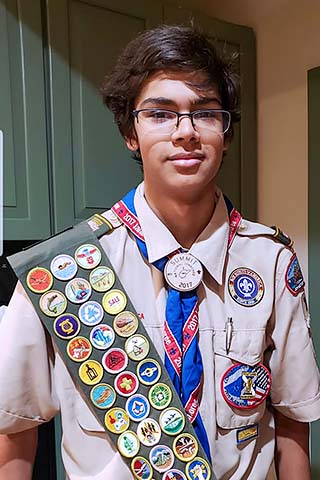