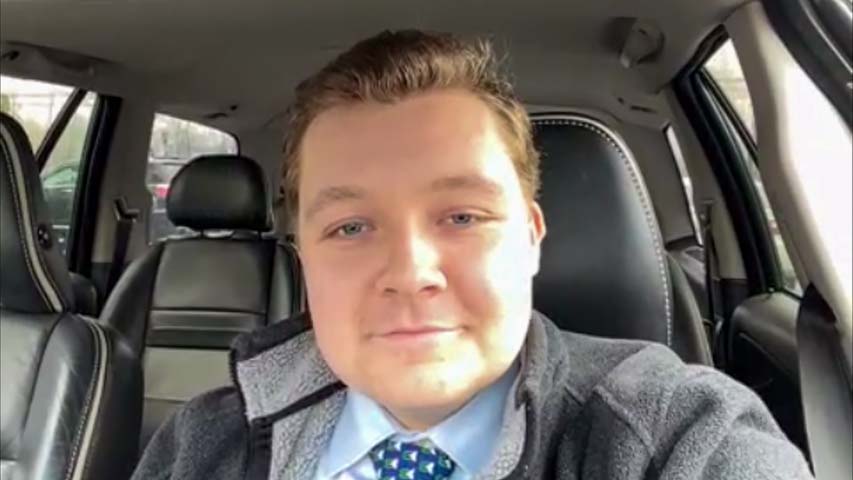 Alexander Burns, a member of the Weston Planning and Zoning Commission, is a candidate for the 135th district of the Connecticut General Assembly’s House of Representatives, a seat currently held by second-term Representative Anne Hughes.

Mr. Burns said his decision to run was inspired at least in part by outgoing Democratic State Senator Will Haskell’s encouragement of young people to run for office. “He can blame himself a little bit for my candidacy,” he said. “I wouldn’t have had the nerve had he not unseated Toni Boucher four years ago.”

“The Republican party,” said Mr. Burns, “is always stereotyped as the party of older folks and old ideas. I think I can bring a bit of modern conservatism to the party.”

Mr. Burns said his priorities if elected would include “things that affect every resident of the 135th” such as “parental voices in schools, environmental protection, local control of zoning, and policing.”

At the statewide level, Mr. Burns said, “as a young person in Connecticut, I find it increasingly difficult to live here and to afford things here. I want to go to Hartford to address that.” He said Connecticut “has the potential to be a boom state. We have tons of exceptional universities and medical facilities that I feel we don’t use that can provide tons of really good paying and stable jobs to people my age to not only keep them here but bring in new people.”

Taxes, he said, are part of the problem, and that recent relief measures taken by the state are not enough to “make Connecticut more affordable and competitive.” As for spending, he said, “I don’t deny that I don’t have a perfect grasp yet of what I’d like to cut, but you will need to cut certain departments.”

“There’s this common misconception,” said Mr. Burns, “that if you cut spending you have to cut programs that are vital to the state. Instead of spreading Connecticut’s money thin on just about everything we do, hyper-focus on certain things that need to be addressed immediately.”

Mr. Burns, who describes himself as an “old school Republican,” quoted Thomas Dewey, the party’s presidential nominee in 1944 and 1948: “Government can be both progressive and solvent.”