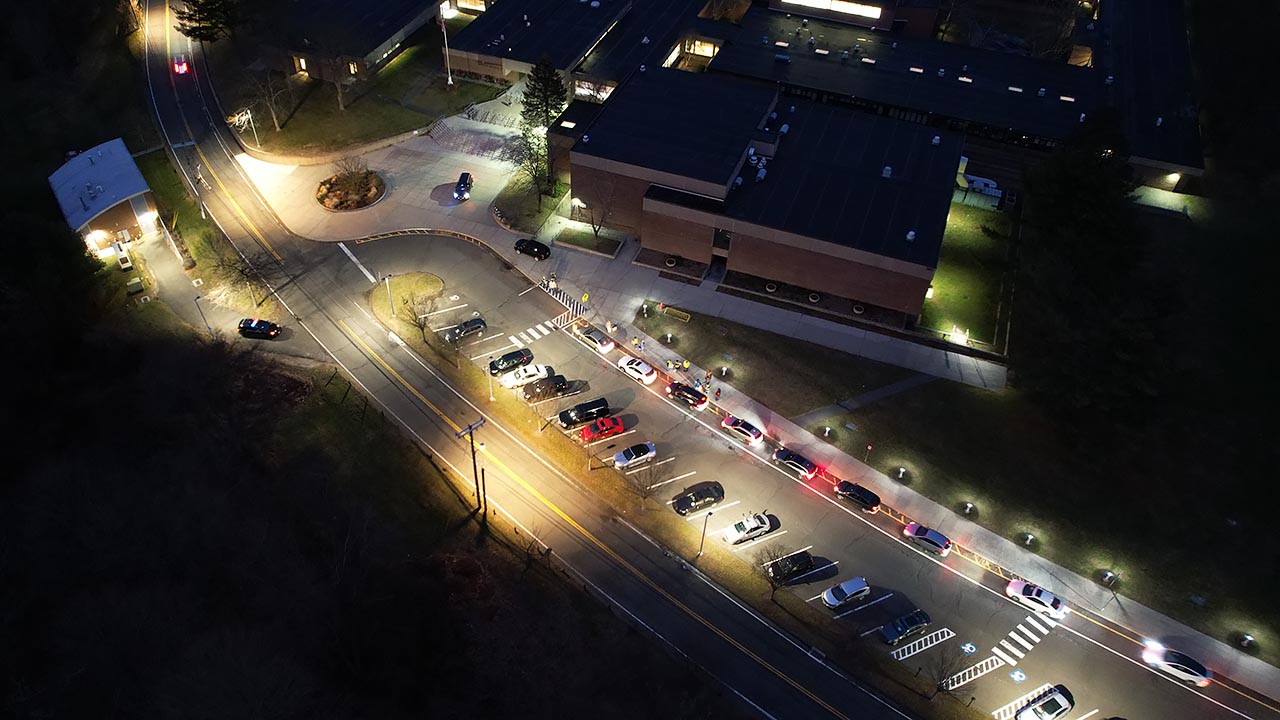 Weston’s allocation of home rapid test kits was distributed to the public on Monday evening in a well-organized operation at Weston Middle School.

Cars began to line up on School Road only shortly before the 5:00 scheduled start time, as requested by Town officials. By 6:30, the last of the vehicles arrived and the last of the kits was handed out.

The event was managed by Weston Police Sergeant Joe Miceli, the town’s Emergency Management director, and Mike Vincelli, the Aspetuck Health District’s director of Emergency Preparedness and Response. Volunteers from the Aspetuck Medical Reserve Corps, assisted by State Senator Will Haskell, distributed kits as drivers patiently proceeded to the front of the queue in the school’s bus lane.

Each of the QuickVue At-Home kits distributed contains two tests. Results can be read within 10 minutes. The product is approved for use under the Food and Drug Administration’s Emergency Use Authorization. 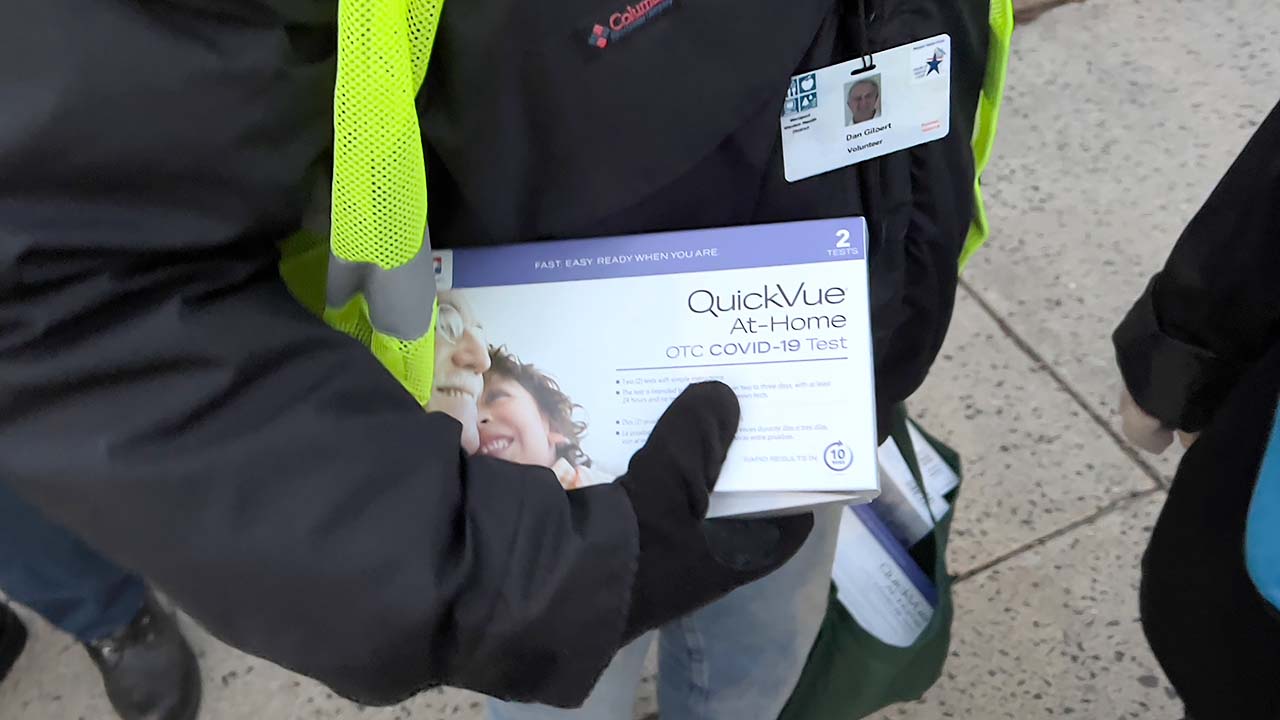 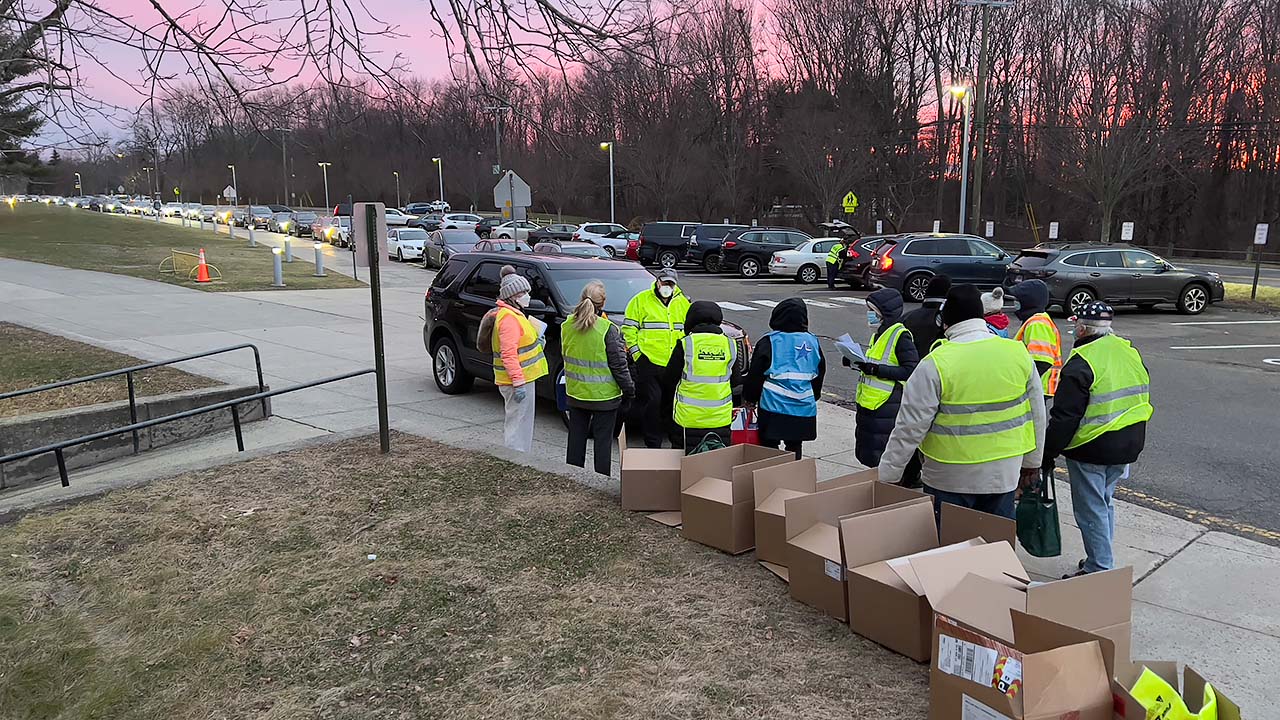 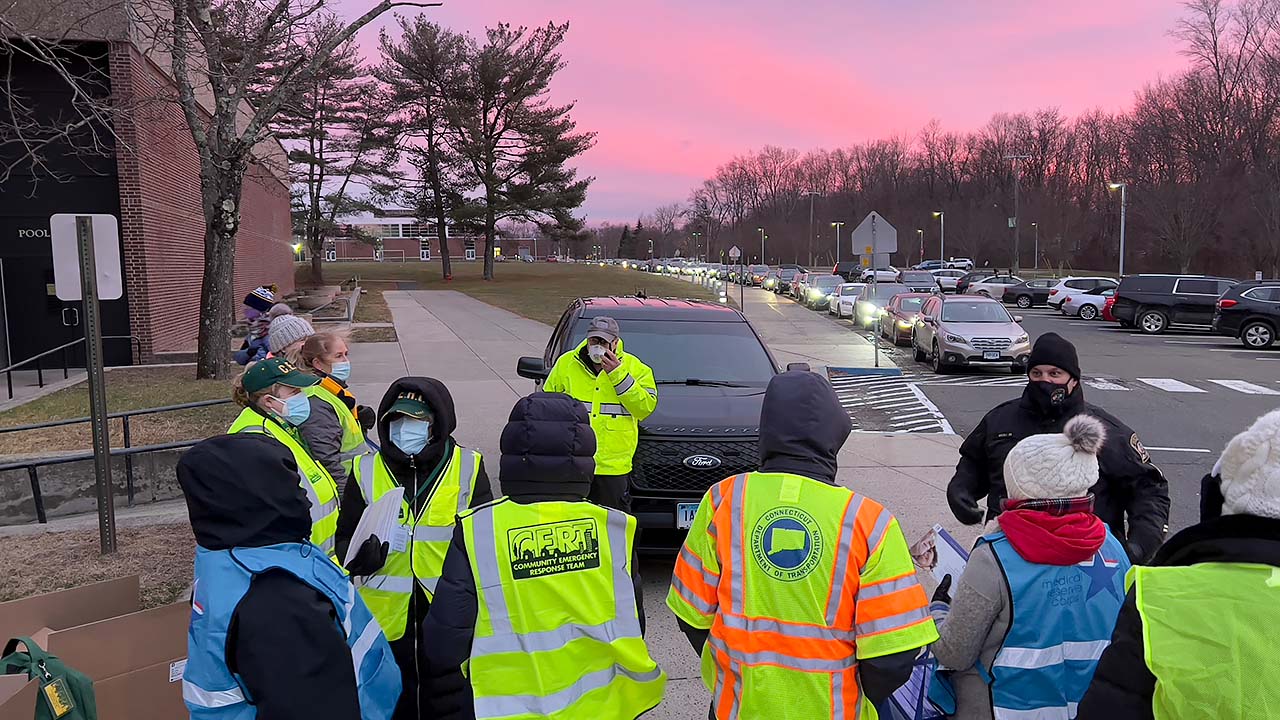 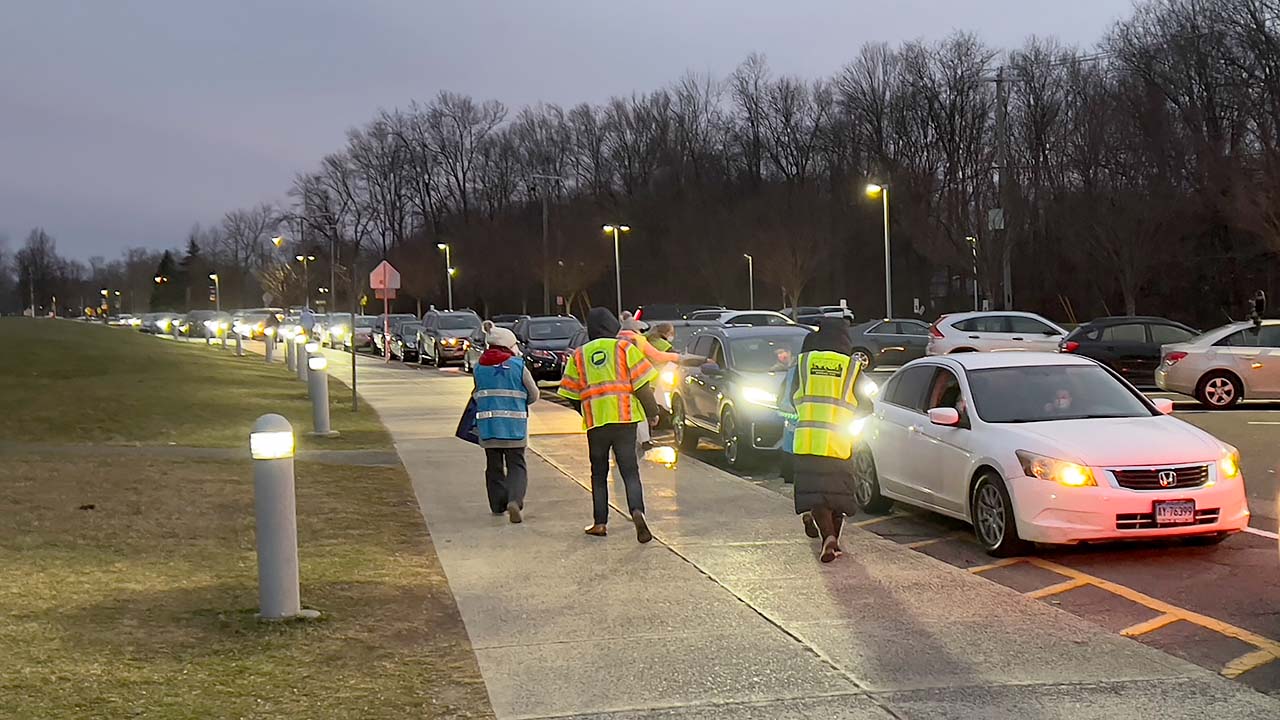