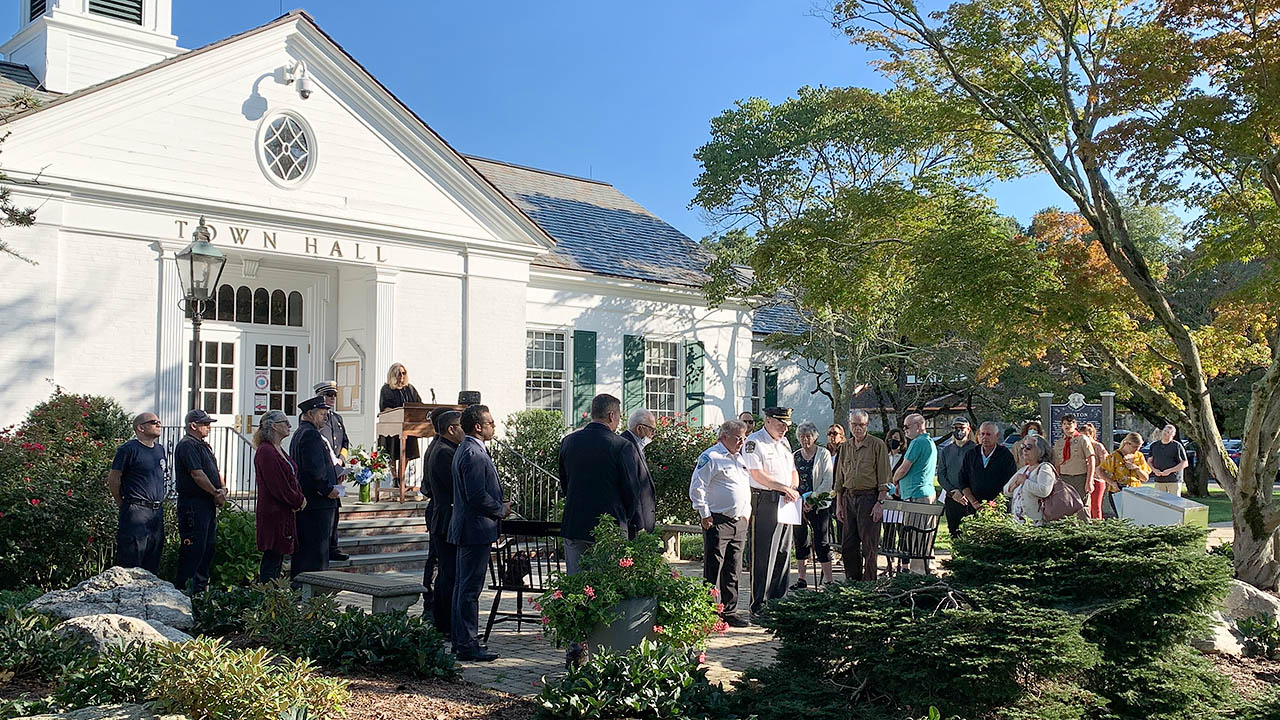 A 9/11 Community Memorial was held this morning on the front steps of Town Hall in remembrance of Weston residents who perished in the terrorist attacks twenty years ago, on September 11, 2001.

After a moment of silence led by Selectman Martin Mohabeer, Father Augustine Nguyen of St. Francis of Assisi delivered a benediction.

I recently read that roughly 75 million Americans have been born since September 11, 2001.

Add to that the number of children who were alive but too young to remember, and it’s fair to say that approximately one-third of our country has no first-hand knowledge of that day. Of those old enough, there is not one of us who doesn’t remember exactly where we were and what we were doing that fateful, blue sky morning.

For the members of our local community and our nation as a whole who lost loved ones in the attacks on the World Trade Center, the Pentagon and at Shanksville, I trust the pain of that day has eased with the passage of time. Nevertheless, the loss of a loved one, particularly under such tragic circumstances, is a hurt that never goes away.

According to a most recent ABC-Washington Post survey, more than 8 in 10 Americans say the events of 9/11 changed the country in a “lasting way.” While almost one half say such changes were for the worse, one third believe our nation is better. Are we any better? It’s been easy to see how we may be worse.

On the plus side, you’ll recall an initial surge in patriotism. We set aside political differences and rallied in support of the nation’s major institutions as well as its political leadership.

In October 2001, 60 percent of adults expressed trust in the federal government — a level not reached in the previous 30 years or approached in the two decades since then.

77 percent of Americans favored military action, including the deployment of ground forces “to retaliate against whoever is responsible for the terrorist attacks, even if that means U.S. armed forces might suffer thousands of casualties.” What happened to that enthusiasm and trust?

Garret Graff, writing in The Atlantic said, "The events of September 11, 2001 became the hinge on which all of recent American history would turn, rewriting global alliances, reorganizing the U.S. government, and even changing the feel of everyday life, as security checkpoints and magnetometers proliferated inside buildings and protective bollards sprouted along America’s streets." Cameras record all of our coming and going.

These physical changes have allowed our fear of terrorism from external forces to declined sharply, replaced, unfortunately, by fears emanating from within America. Racism, nativism, climate change and Covid bitterly divide us. Our country has become either Red or Blue, even tribal, fueled by unlimited, unfiltered, incessant streams of misinformation and disinformation that has proliferated during the past 20 years.

In 2004, the National Commission on Terrorist Attacks Upon the United States — the 9/11 Commission — concluded its review of the attack on our country. Among its recommendations, the Commission warned our nation to do better to define our message and what we stand for as Americans:

“We should offer an example of moral leadership in the world, committed to treat people humanely, abide by the rule of law, and be generous and caring to our neighbors.”

We do a great job of telling this story abroad, but do we live by this example at home? Looking back, it’s clear our strength as a nation came from — comes from — our unity and our unity of purpose. When we act together, Americans are capable of remarkable things.

To honor those who perished on 9/11 and survive as one nation we must return to this message of humanity and respect for one another. We must not allow ourselves to be our best selves only in the face of a next devastating tragedy. I fear by then it may be too late.

May God watch over those who perished on September 11, 2001 and may we all continue to honor their memories. 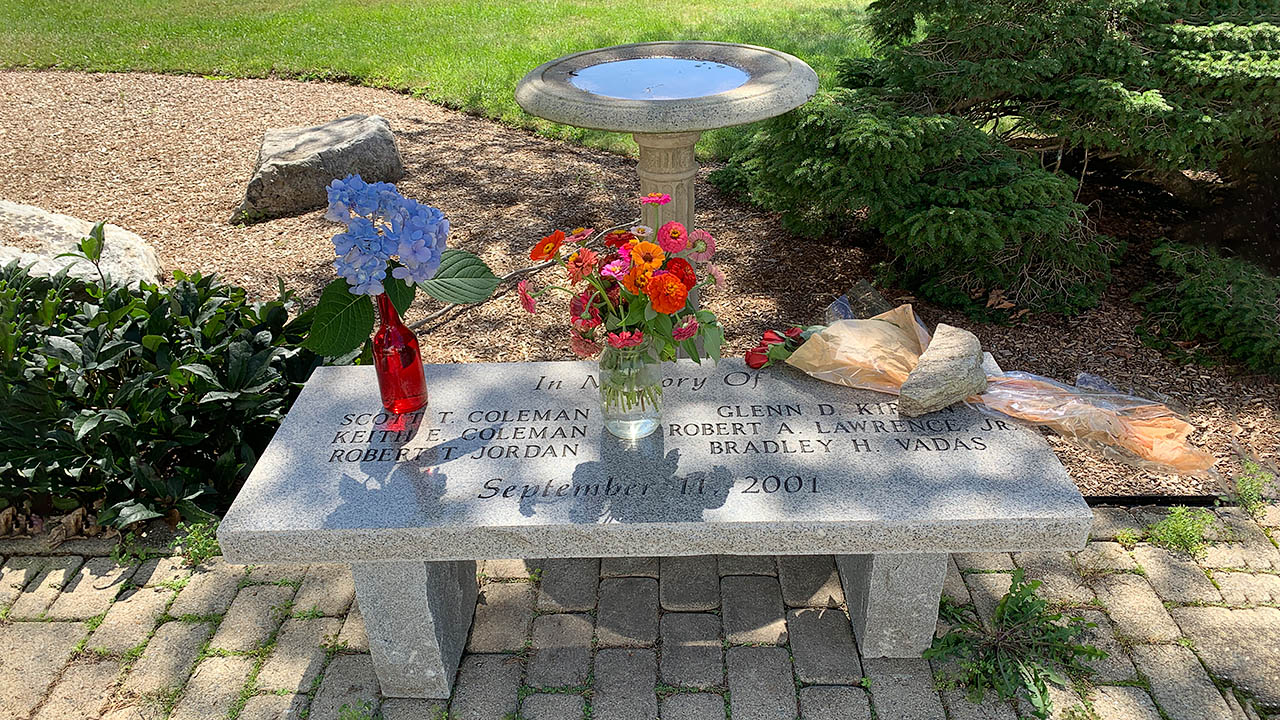