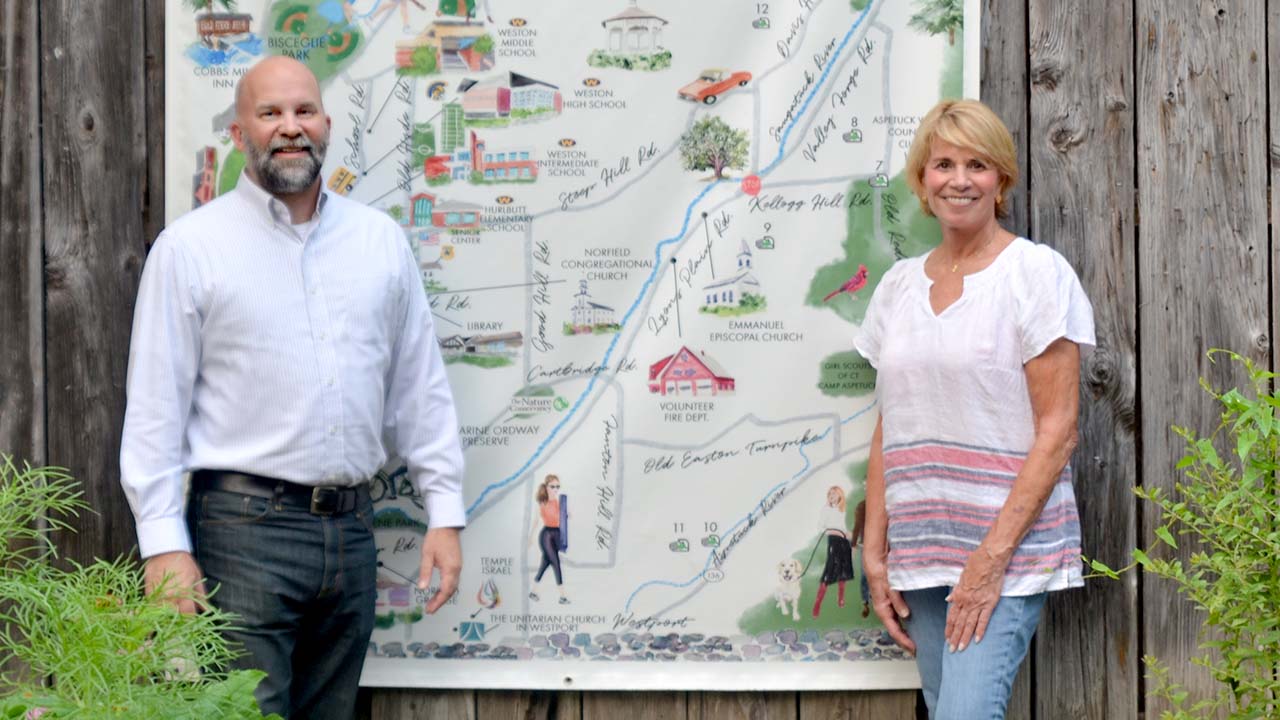 Announcing its slate of candidates for this year’s municipal elections, the Republican Town Committee has endorsed Kirby Brendsel for the office of First Selectman and Amy Jenner for a seat on the Board of Selectmen. The committee also named candidates for boards and commissions that will appear on this year’s ballot.

Kirby Brendsel is currently a member of Weston’s Parks and Recreation Commission, the Sustainable Weston Committee, and the Lachat Town Farm Commission. He is also a board member of the Aspetuck Land Trust and the Weston Historical Society.

Professionally, Mr. Brendsel, a U.S. Army veteran, leads strategic environmental, social, and governance initiatives for a real estate investment trust. “Weston families want to bring back a bipartisan approach to our town government,” said Mr. Brendsel in a statement. “I’ve been fortunate to work with Weston residents from many diverse backgrounds and to help build an extraordinary community for everyone.”

Amy Jenner is a former Vice President of North American Operations for Pfizer. For nearly 20 years, she has served as a volunteer with Wildlife in Crisis, the Weston non-profit devoted to wildlife preservation and land conservation.

“Following a 30-year career of running successful businesses, and volunteering for local non-profits, I’m prepared to donate my time and energy to public service,” said Ms. Jenner in a statement. “As a Selectman, I’ll work with Weston’s families and town leaders to build a stronger and more inclusive community.”

Republican incumbents Rone Baldwin and Jeffrey Farr won their party’s endorsement for re-election to the Board of Finance. The RTC also endorsed Jamie Zeppernick, who recently interviewed with the Board of Selectmen for appointment to a vacancy caused by the resignation of Greg Murphy.

The committee put forward as candidates David Felton and Peter Gordon. Mr. Felton and Mr. Gordon are, according to the RTC, local business owners, both with children in the Weston Public School District.

For P&Z, the RTC has endorsed Jim Carlon and Alex Burns.

Mr. Carlon, a commercial real estate attorney, is a former P&Z member. He recently interviewed with the Board of Selectmen for appointment to the vacancy caused by the recent resignation of Donald Saltzman. Mr. Burns is a recent graduate of Quinnipiac University.

Board of Police Commissioners

For reelection, the RTC endorsed incumbents Woody Bliss and Peter Ottomano. The committee also endorsed former law enforcement official Frank Ferrara as a candidate for the Commission. Much of Mr. Ferrara’s 30-year law enforcement career, according to the RTC, was spent in front line management positions.

For the Zoning Board of Appeals, the RTC endorsed John Moran, who is currently an alternate member. The committee noted that Republican Board of Assessment Appeals member Leslie Riback will not seek reelection. 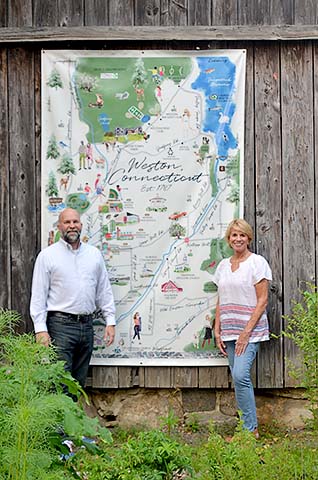 Editor’s Note, September 8, 2021: In previous editions of this article, Board of Education incumbent Victor Escandón was alternately included or omitted as an RTC-endorsed candidate. Ultimately, apparently due to confusion about the expiration date of his term, Mr. Escandón’s name was not submitted by the RTC to the Secretary of the State in the official ballot filing.