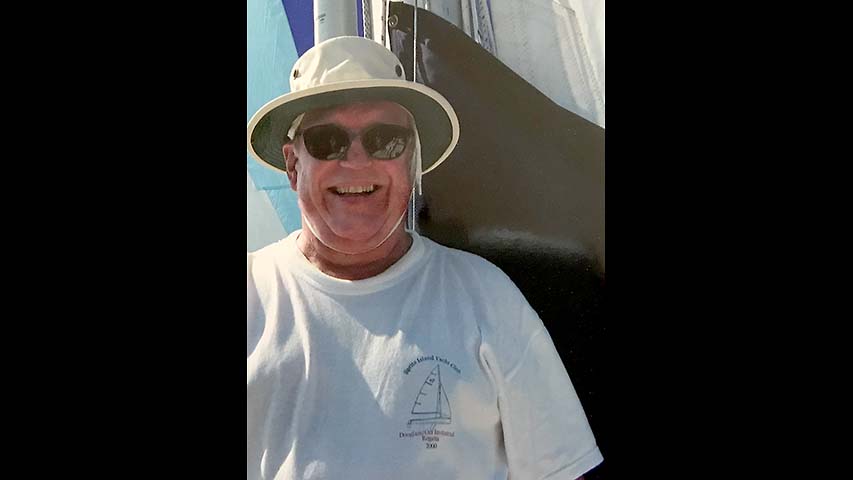 Warren Andrew Spence, 82, of Williamsburg, VA, ascended peacefully to Heaven on April 23, 2021. He was unable to recover after surgery to remove a brain glioblastoma.

Warren was born in Flushing, NY, in March 1939 to Wells Warren Spence and Emily Starratt Spence and grew up in Port Washington, NY. From sailing on Long Island Sound to playing Sousa marches on the tuba in the high school band, Warren thrived in the close-knit community.

During the summer of 1960, Warren worked for Vick Chemical Company as an executive trainee, travelling throughout the Midwest. After graduating from Amherst College in 1961, Warren joined Vicks fulltime where he would launch his career in marketing. One of his lifelong pursuits and talents was the art of crafting a message that would speak to people and help improve their lives.

In 1962, after receiving a draft letter, Warren applied to the Naval Officer Candidate School and took a leave of absence from Vicks. True to his practical nature, Warren saw OCS as a way to serve his country while gaining valuable business training. He served as Supply Corps Officer on the U.S.S. Twining DD540 where he managed inventory, payroll for 400 crew members, and supervised on-ship businesses like the barbershop and ship store. When the Twining docked in ports in southeast Asia, he knew his first priority was to find syrup for the Coke machine to keep all the sailors happy.

While docked in the Twining’s home port of San Francisco in spring of 1964, Warren paid a visit to the local IRS office to sort out a tax issue for one of his Filipino stewards, where he met a young IRS auditor Christine Rigney. After laying out the facts of his case, Warren inquired whether Christine might consider an invitation for a cocktail after work.

Their first date was at a naval event on Treasure Island in San Francisco Bay, where she made a memorable first impression with his colleagues when her beaded necklace broke and scattered in all directions. They wed in December 1964 in San Francisco, Christine’s hometown. Warren was discharged from the Navy in 1965 and resumed his position at Vicks in New York City. The couple, along with baby Carrie, drove from San Francisco to Long Island. Their first home was in Glen Rock, NJ. Six years later, the family purchased a home in Weston, CT where Carrie, Wells and Colleen grew up.

The family spent many years as members of the vibrant community of Norfield Congregational Church where Warren served in many leadership roles and sang every Sunday in the church choir.

Warren enjoyed a marketing career for over 30 years. He managed Vicks’ introduction of NyQuil, setting it up to become an iconic product of the 20th century. Later, working for AdTel and CitiCorp, he managed contracts for large Fortune 500 companies to design marketing messages and analyze consumer buying trends.

Warren’s life was anchored by his deep faith, love of music, family, community and sailing. During his early childhood years in Port Washington, NY, his family attended the Christian Science church, which sparked his lifelong faith journey. His embrace of the love of Jesus Christ evolved and deepened as he poured his spirit into many ministries and activities: Marriage Encounter, the ecumenical Tres Dias Community and the various churches he attended. Jesus’ words in John 15 touched him: “I am the vine, you are the branches…You did not choose me but I chose you to go and bear fruit.”

Warren discovered choral singing at Amherst College and sought out singing in every town. Barbershop quartets, church choirs, performing and (singing along with) the Messiah, musical theater, and most recently the Williamsburg Choral Guild (for which he was marketing director, no surprise!) kept him stimulated, happy and involved. His beautiful tenor voice powerfully conveyed his love of singing.

Warren got his wish to nourish his love of sailing when the family purchased a Flying Scot sailboat in 1980 and joined Sprite Island Yacht Club on Long Island Sound. The Spences were founding members of FS Fleet 142. Summer weekends revolved around sailing races and active social gatherings on the Island.

In 2003, Warren and Chris relocated to Williamsburg, VA, where they were blessed with good friends and neighbors and a loving church home, Wellspring United Methodist Church.

Always a history buff, Warren trained to become a tour guide for school groups visiting Colonial Williamsburg and Historic Jamestown. Drawing on his love of crafting just the right message, he dedicated many hours to finding memorable ways to bring our nation’s history alive through stories and provocative questions.

Warren was guided by a love of family, of seeing the good in people, of dedicating himself to the communities he cherished and of living his life with kindness. He loved doing puzzles with family, getting into “pun battles,” writing a memorable article or a “poison pen” letter that fixed a bureaucratic problem, and getting foot rubs. He embodied one of his nicknames: Strong Heart.