Spaulding: “I Won’t Be Running Again” 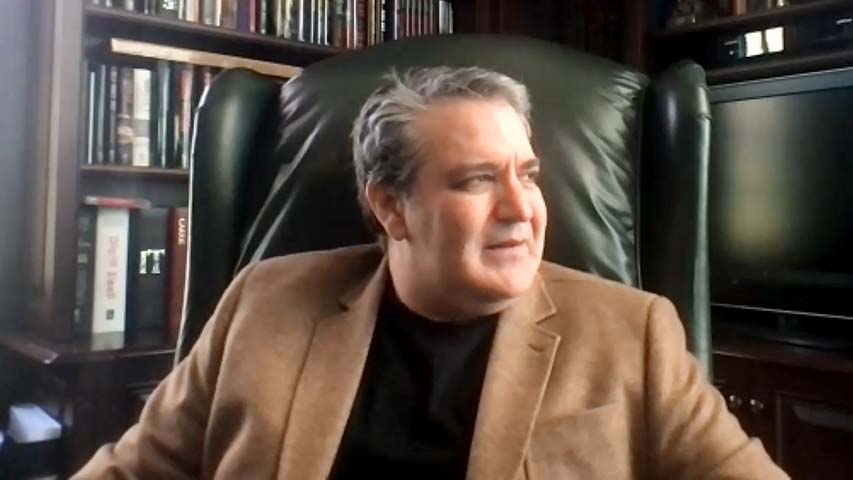 First Selectman Chris Spaulding has decided against seeking another term in office when municipal elections are held toward the end of this year.

While serving Weston “has been one of the greatest experiences of my life,” said Dr. Spaulding, the primary reason for his decision has to do with family.

Having served the town “in one way or another for over a decade,” and now with one of his high school-age children “beginning the college application process” and the other only a couple of years away from it, “we all felt it was time to focus on the family for a while … before we become empty-nesters.”

“I just need to dedicate time to them,” he said, “before I have to look back and say, they’re gone, what happened?”

In an interview, we recorded Dr. Spaulding’s brief video message to Weston about his decision. (2 minutes.)

This morning, in a letter to Town employees, Dr. Spaulding said, “I could not have asked to serve with a more dedicated and knowledgeable crew than those who work for the Town of Weston. I would not exchange the experience I have had serving with all of you for anything in the world.”

“While I will obviously be here for quite a while longer,” he wrote, “I want you all to know that I feel whoever steps into my shoes will do so with the greatest support team anyone could ask for.”

While Dr. Spaulding will indeed be in office for several more months, in our interview we asked him to take a look back at his time as First Selectman. As one might expect, the conversation immediately turned to the Covid-19 crisis.

“Discussions you could never imagine happening”

Dr. Spaulding is proud of how Town government and the people of Weston have responded to Covid-19. He didn’t say as much, but the crisis has taken a toll on municipal leaders everywhere, many of whom have also decided to step away from public office.

In the video below, a recorded portion of our interview, Dr. Spaulding recalls the frightening early days of the outbreak, when little was known about the disease but the threat was becoming increasingly clear. (6 minutes.)

Dr. Spaulding is proud of the increased engagement in town matters by Weston residents. “We used to scrounge for people” to serve on boards and committees, he said. “Now we interview a number of candidates and, unfortunately, have to turn some away.”

He is also pleased with public participation in meetings and events, citing as an example the Weston Flea, which is “over-subscribed and packed” when it can be held. The level of participation achieved in townwide surveys “is unheard of,” he said.

Other accomplishments he cited include millions of dollars never before granted to Weston, including more than $4 million for the sidewalks project currently in the works. A virtual net metering deal, where Weston bought into solar projects in other towns “makes good environmental sense” and will save millions in energy costs for the Town and school district over the next 20 years, he said.

Infrastructure, he said, has been a priority for his administration. He pointed to a “major overhaul” of the main Town campus, the sidewalks project, part of which will solve the traffic jam at the entrance to the schools, and attention to Weston’s long-suffering roads.

With the consent this year of the Board of Finance, paving funds have been doubled, the first step toward a methodical, multi-year plan to bring all Weston roads up to desirable levels.

Going forward, the First Selectman said, Weston will benefit from a concerted effort to share services that improve quality of life and save money.

“It’s not that terrifying word, regionalization,” he said. “We share more and more services, and it doesn’t change Weston at all. We’re tiny. We can’t pay for a lot of stuff.”

A regional approach to emergency dispatch, currently being studied by WestCOG, the Western Connecticut Council of Governments, may be an attractive option for Weston, said Dr. Spaulding.

“This is all long-lasting stuff.”