Affordable Housing in Focus, and Blurred 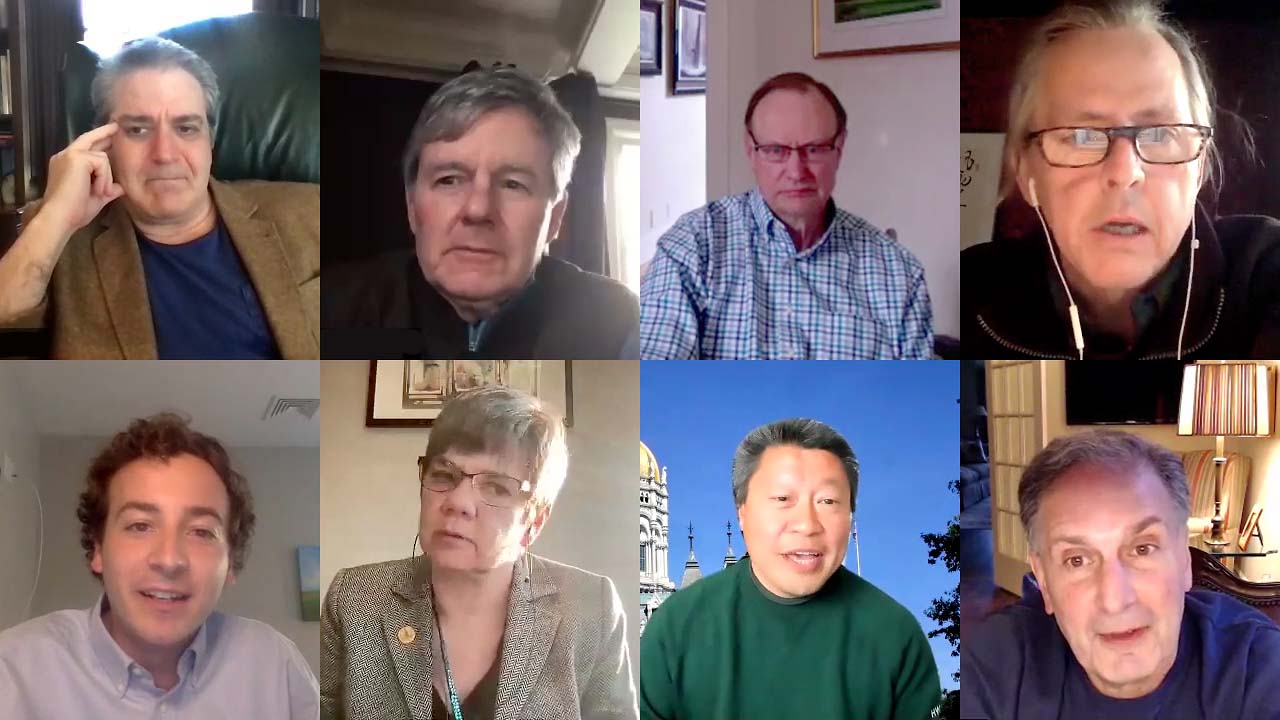 Housing, zoning, and related proposed legislation were topics of considerable discussion this week in Weston, as three key boards met with state legislators and a Planning and Zoning Commission workshop focused on affordable housing.

On Monday evening, members of the boards of Selectmen, Finance, and Education met on Zoom for 90 minutes with Senator Will Haskell, Senator Tony Hwang, and Representative Anne Hughes.

The discussion focused mainly on Senate Bill 1024, the controversial and most attention-getting proposed legislation having to do with zoning regulations.

Provisions that troubled many Weston officials and their counterparts in other towns were already removed by the time the bill was reported out of the Legislature’s Planning and Development committee. Concern remains about a section that would force towns to allow detached accessory dwelling units on homeowner properties. Weston, and many other towns, currently do not.

The issue, as particularly voiced by Board of Finance chair Steve Ezzes, is whether town finances would be impacted if a large number of tenants occupied accessory apartments and consumed public resources while adding little to the tax base.

A confusing bill with an uncertain future

As it stands, the bill is an oddity. It originated with the intention of addressing social and racial inequity and the need for affordable housing. However, in its present form, it forbids towns from requiring that accessory units be affordable and prohibits counting them in the local inventory of affordable housing.

In the discussion, Senator Haskell and Representative Hughes seemed supportive of the concept of allowing accessory dwellings but unthrilled with the bill itself. Senator Hwang is deadset opposed, but appears to incorrectly believe the bill gives regulatory power to the state’s Office of Policy and Management, makes local zoning laws null and void, and doubles allowable sewer and septic capacity.

Other zoning-related proposals are also on the table in Hartford, where seven weeks remain in the legislative session to sort out what about housing, if anything, will be enacted.

The session was conducted by SLR, the consultants formerly known as Milone & MacBroom, who provide many services for Weston.

The object was to gather input from the community for an affordable housing study SLR is conducting for P&Z. A set of recommendations will follow, after more public input is obtained. The Commission intends to finalize a Village District plan, including provisions for affordable housing, by the end of this year.

Over 1,500 residents completed the recent affordable housing survey. About 50 attended the workshop, a number roughly on par with similar sessions held in person in 2019 as the town’s long-range Plan of Conservation and Development was being constructed.

After an opening background presentation, participants had an opportunity to take an online poll, producing another set of datapoints for SLR to take into account, although obviously not positioned as a scientifically valid indicator of broad public sentiment.

A number of questions were posed, several focusing on accessory apartments. Responses included a majority who expressed support for allowing detached dwelling units in Weston. A question about allowing small units, below 800 square feet, received much less support, but respondents were strongly in favor of larger sizes, 800 to 1,200 square feet.