Cooking for the Chinese New Year 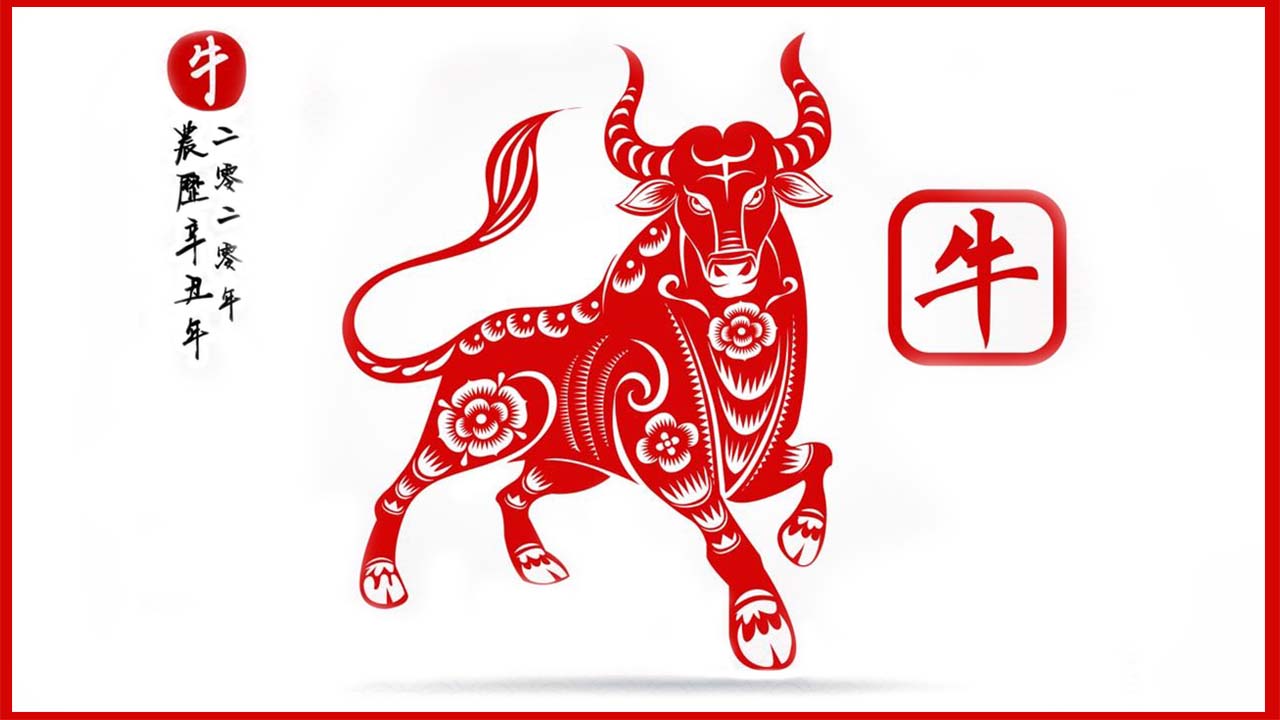 Thanks to the Weston Commission for the Arts and Chef Alison Milwe Grace, you can celebrate the arrival of the Year of the Ox with a traditional Chinese feast made in the comfort of your own home.

In the video below, Chef Alison steps you through the making of three traditional lucky dishes: Yushang Salad (for prosperity), Long Life Noodles (for longevity), and Seafood Stew (for wealth).

But what about ingredients and preparation instructions?

If you were born in the Year of the Ox (which comes around every 12 years), you are believed to be honest, diligent, dependable, strong, and determined. Congratulations.

Your fellow Year of the Oxers (probably not an actual term) include Cristiano Ronaldo, Barack Obama, George Clooney, and Napoleon Bonaparte. So, you are in good company. Except for maybe Napoleon.

Food, family and a fresh start

The Lunar New Year is celebrated in much of Asia. A Korean-American member of the community relates in wonderful detail the full and personal meaning of the holiday.

Food, Family and a Fresh Start
The Lunar New Year — The Year of the Ox
by Y.S.

“Sae-hae bok mahnee bah-duh-seh-yo!” This translates to mean “Please receive a lot of blessings in the new year!”

What is typically known as “Chinese New Year” is really a celebration of the Lunar New Year calendar. One lunar year consists of 12 cycles of the moon phase, each phase lasting approximately 29.5 days. The Lunar New Year is celebrated by many Asian and Southeast Asian countries including China, Korea, and Vietnam, with the exception of Japan, which follows a traditional Gregorian calendar.

As a Korean-American, the Lunar New Year has always been a special part of growing up. In Korean, it is called seollal. Once a year, my two siblings and I celebrated seollal by wearing rainbow-hued hanboks (traditional Korean outfits in bright colors), stuffing our bellies with delicious home-cooked Korean food, playing games, and laughing with close family friends who became our surrogate extended family. We especially loved the tradition of receiving seh beh don (New Year money gifted in envelopes).

For my parents, the Lunar New Year offered a precious moment to teach us about a culture they’d left behind when they immigrated. Seollal celebration is steeped in thousands of years of Korean tradition, and here in the States, my parents did the best they could to quilt a patchwork of culture with food and family as the threads.

If they were still in South Korea, my father and mother would have gathered at my uncle’s house surrounded by family. Here in the States, our family comprised only our immediate family unit. In South Korea, we had a large extended family of over 30 people. My father was one of five siblings, and my mother was one of six, with a total of 25 cousins on both sides. The entire country would take respite for three days to spend time with family, honor their elders, and remember generations since passed while looking forward with optimism and hope for the new year.

In America, my mother and other Korean mothers from our community, would gather together to make dduk guk (a rice cake soup), mandoo (dumplings), jeon (savory fried pancakes), jap chae (noodle dish), and other Korean flavors that seem to be indelibly imprinted into the DNA of new generations of Korean-Americans.

The sounds of a Korean kitchen had a comfortable familiarity, the soft roil of the soup, the snapping sizzle of the oil, the methodical ttok ttok sound of the knives as the mothers chopped and prepared. Everyone helped, everyone laughed, and everyone gossiped. The gatherings were frequently punctuated with uproarious laughter from parents recalling a story from “way back when.”

While the adults weren’t blood-related, they all shared a similar nostalgic history from the mother country that tied them together like family. These “other” Korean families, our surrogate aunts, uncles, and cousins, praised our accomplishments, equally disciplined us when we ran amuck, shared my parent’s burdens, and undeniably showed us children the importance of heritage; lessons we didn’t fully appreciate until we were well into adulthood.

If asked, Korean children would answer pretty uniformly about what they love best about seollal, with the top answers being mandoo, ddukguk, or seh beh don. My siblings and I loved dduk guk, the soft texture of the rice cakes and the salty seasoning of the broth. But we loved the most lucrative part of Lunar New Year more, when we received seh beh don, because apparently capitalism was also ingrained in our DNA.

By performing seh beh, a traditional bow, in front of the elders, younger generations paid their respects to the older generation. In turn, elders rewarded the younger ones with words of wisdom, blessings, and most importantly, cold, hard cash. More grown-ups meant more money! We delighted in my parents’ larger gatherings and bowed enthusiastically and with a great attitude for those small plain white envelopes filled with crisp new bills.

After seh beh don, our second love of the lunar new year was dduk guk. We loved the chewy dduk cakes that gave your mouth a savory treat while it stuck to your teeth in the most gratifying of ways as you chewed. The soup base made from simmering a specific cut of beef with ginger, garlic, and green onions created a soothing base for the chewy rice cakes that floated about like coins.

My little sister and I competed to see who had the most dduk in our soup and I would regularly trick her to look away as I stole her dduk out of her soup bowl. I would have taken this secret to the grave, except that my conscience got the better of me as I watched my older daughter trick her younger sister into feeding her the dduk from the younger one’s soup bowl. I felt too guilty not to confess my own transgressions to my little sister.

With our bellies full from lunch, we would play traditional Korean games such as Yutnori with fearsome rivalry. Yutnori is a stick-throwing game with four wooden pallets (about ¾ inch in thickness with one side rounded like a moon and the other side flat), black or white tokens (like backgammon) and a cloth game board.

The parents would play Yutnori accompanied with the roar of either exclamation or disappointment depending on what they threw, carefully lining up and strategizing angles and geometry before their throws to get their desired stick play. Children simply threw the sticks with glee to hear the hollow clatter and clack of the falling sticks. These were the moments when I saw my parents as the young thirty-something year olds they actually were, playing a beloved game of their childhood.

In addition to the festivities of the Korean Lunar New Year, the most important celebration of this holiday is chalrye: a shrine set up to remember, honor, and pay respects to the generations before us. The table overflows with fruits and special foods to celebrate the deceased. Typically held at the eldest son’s house, the eldest son performs a ceremonial rite with rice wine liquor and tea and everyone ends the ceremony with an eumbok (blessings). Similar to a communion, the partaking of the food and drink symbolizes the receipt of blessings from ancestors.

In any culture, Eastern or Western, a new year metaphorically allows us to start afresh, rid ourselves of any bad luck, and celebrate the hope of what the new year can bring. In an eastern lunar calendar, there are twelve zodiac animals (rat, ox, tiger, rabbit, dragon, snake, horse, sheep, monkey, rooster, dog and pig) that the years cycle through along with elements (earth, wood, fire, water and metal) and yin/yang.

The story goes that Buddha invited all the animals of the world to visit him and only these twelve animals arrived. As a reward, Buddha honored them with a lunar year named for them in the order they arrived, rat arriving first. There are other fun variations of the story where the rat secured first place with its cunning.

This new year is the year of the white metal ox, the second year in the zodiac cycle. All my methodical and intense research on Google has pointed to a year of calm, stability and some good fortune for all zodiac signs. May you enjoy a Happy Lunar New Year and “Saehae bok mahnee bahduhsehyo!”