Christopher Plummer: A Tribute from the Playhouse 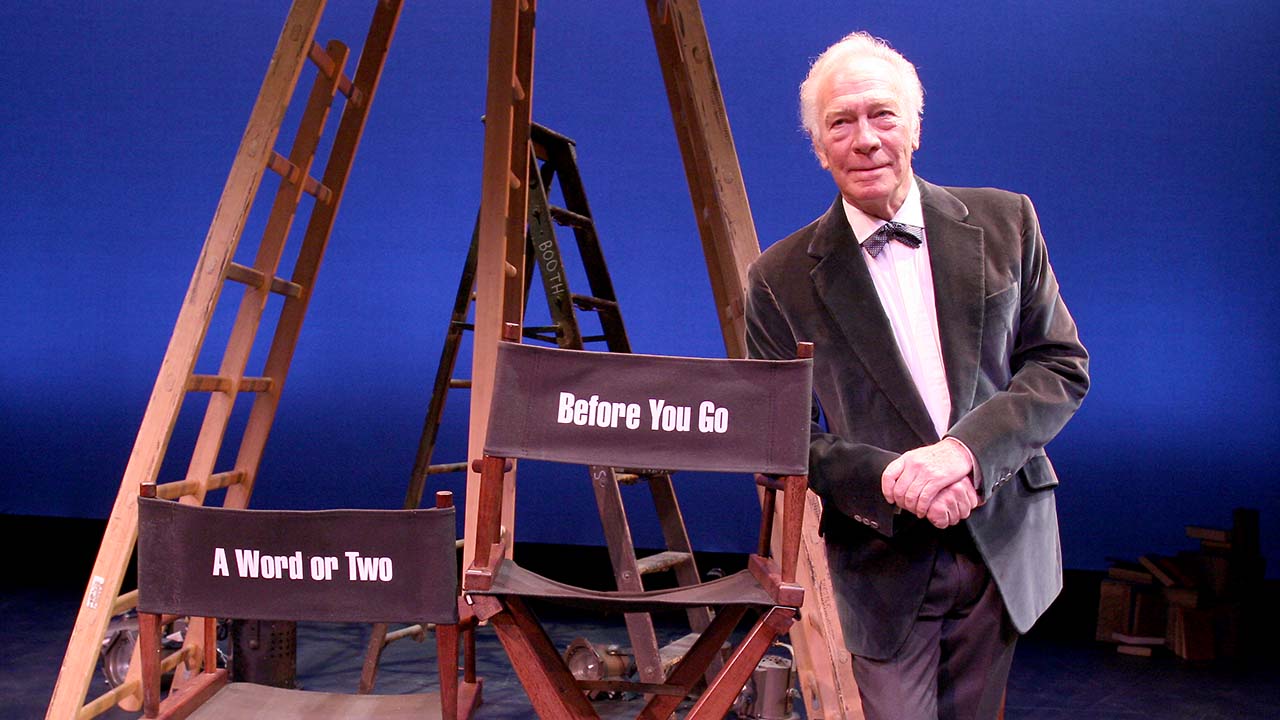 Editor’s note: Legendary actor Christopher Plummer died this morning in his Weston home at the age of 91.

The entire Playhouse family is deeply saddened at the loss of one of our staunchest supporters.

Christopher Plummer appeared as an actor at the Playhouse in the ‘50s, but as soon as Joanne Woodward got involved, Chris was all in. He was a member of our initial Artistic Advisory Board, he appeared in our 9/11 tribute “For the Children,” and he christened the newly renovated Playhouse’s stage in 2005 with his brilliant “A Word or Two, Before You Go” as the first actor to perform on the renovated stage. He went on to be an active board member and an ardent supporter of everything Playhouse. We send our love to his wonderful wife Elaine and his daughter Amanda. He will always be center stage in our hearts.

Mr. Plummer’s association with Westport Country Playhouse dates back to the 1950s. As a young actor, he appeared on the Playhouse stage in two plays on their way to New York, “The Starcross Story” (1953), starring Eva Le Gallienne, which became his Broadway debut, and an Irish play, “Home Is the Hero” (1954), with leading lady Peggy Ann Garner. He was also in “What About Maisie” in 1953.

In 2005, he performed his one-man show, “A Word or Two, Before You Go,” for the Playhouse’s 75th Anniversary Season Re-opening Gala. Last October, he appeared in the Playhouse’s short-form documentary celebrating the theater’s 90-season history.

Mr. Plummer was a member of the Playhouse’s board of trustees since 2002. He championed the theater’s 2005 renovation with his words, “It is obvious that we must continue to cherish this gem of a theater, which has not only found its way into our hearts, but surely harbors more history within its walls than almost any other playhouse of its kind on our continent.”

Photo, Gerry Goodstein. Christopher Plummer in “A Word or Two, Before You Go” at Westport Country Playhouse’s 75th Anniversary in 2005.