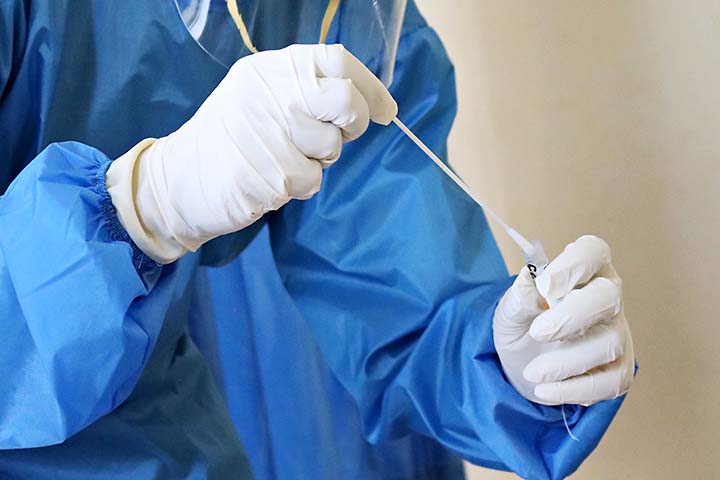 Two cases of the new, highly transmissible variant of Covid-19 have been confirmed in Connecticut. The variant, B.1.1.7, was recently discovered in the United Kingdom.

Governor Ned Lamont reported today that the Connecticut cases are individuals between the ages of 15 and 25. Both reside in New Haven County, but genetic testing indicates the cases are unrelated.

Both recently traveled, one to New York State and the other to Ireland. Both developed symptoms within days of their return.

The governor said both individuals were interviewed by contact tracers soon after being diagnosed and their close contacts were identified. They are currently being re-interviewed by public health officials. One of them has completed self-isolation. The other is still self-isolated and will remain so until ten days have passed since the onset of symptoms and no symptoms are present.

“As we said last week,” said Governor Lamont, “given the speed of this new strand of the virus and its identification in several states throughout our country, we presumed it was already in our state and this information this morning confirms that fact.”

“This is another reason why everyone should continue taking precautions to prevent transmission of this disease, including wearing face coverings and practicing social distancing,” said the governor.

Acting Public Health Commissioner Deidre Gifford said, “Our current vaccines should be effective against this strain, and we continue to urge everyone who is currently eligible to get the vaccine to do so.”

Dr. Gifford added, “personal protective measures, such as mask wearing and distancing in public, will still limit the spread of the variant.”

Confirmation of the two UK variant cases came as a result of an enhanced testing strategy implemented just last week by the state’s Public Health Laboratory.

Technically called a surveillance strategy — not of people — genomic sequencing tests are performed on a portion of positive Covid-19 test specimens submitted by clinical diagnostic labs to the state. The Public Health lab worked with Yale University and Jackson Laboratories to develop the strategy.

Yale performed genomic sequencing of samples from the two now-confirmed variant cases and notified the Public Health Laboratory. The Centers for Disease Control and Prevention have also been notified.

“The health of Connecticut residents remains our top priority,” said Governor Lamont. “And our public health officials will continue to closely monitor these cases and any other developments with this contagious virus.”