In a six-minute video, Governor Ned Lamont and First Lady Annie Lamont take you on a tour of the Governor’s Residence.

For the last thirty years, governors have decorated the house for the holiday season and opened it for several days for tours by the public, who were entertained by live performances from local musicians.

That was out of the question this year, so the annual Holiday Open House is virtual.

“Like nearly every other event that’s happening this year,” said Governor Lamont, “we decided to make the open house virtual and film a video to share greetings with everyone in Connecticut. We wish everyone a great and healthy season, and can’t wait until things are able to get back to normal so we can enjoy the festivities with everyone.”

Holiday decorations, Christmas trees, wreaths, seasonal greenery, plants, and the dining room table décor seen in the video at the Governor’s Residence were privately donated at no cost to the state. So was the video itself, the work of Alison Kenworthy, a three-time Emmy Award-winning television producer.

Mr. Lamont and Ms. Lamont talk about the history of the house. The governor even takes a brief turn at the piano. 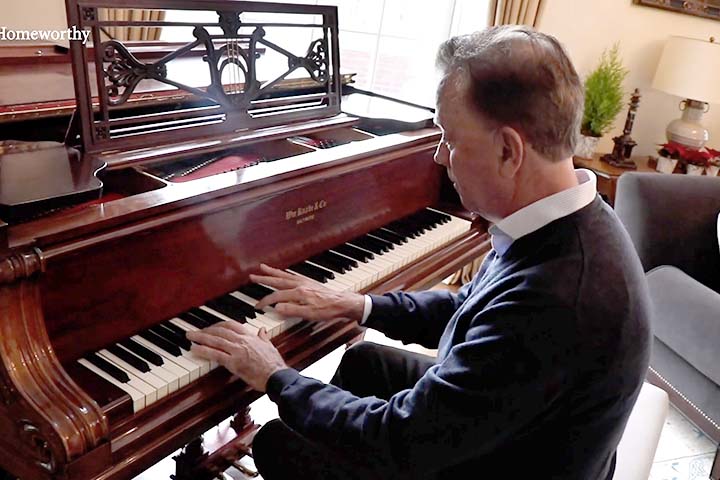