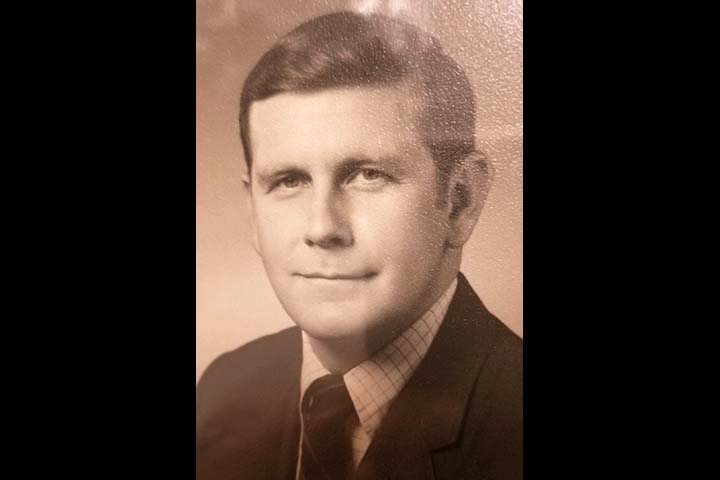 Carl M. Gilpin, 86, recently of Pinehurst, North Carolina, passed away on October 4, 2020 at his home. Mr. Gilpin was born on August 30, 1934 in Anderson, Indiana to the late Carl and Martha Gilpin.

He earned a B.S. degree from Indiana University and continued with graduate studies at Arizona State University. He was a member of Lambda Chi Alpha fraternity, where he represented them in the Annual Little 500 bicycle race. He met his loving wife, Barbara, while in college and they would have been married 66 beautiful years in November.

Upon graduation of ROTC, he served as a Lieutenant in the US Army at Fort Sill, Oklahoma and Fort Chaffee, Arkansas. After the Army, he began a career in Human Resources with Motorola. He had a long career with his last position as Vice President/H.R. for Somerset Importers in New York City. They resided in Weston, Connecticut with their daughters, Catherine, and Jennifer, while Carl commuted to New York City. Upon retirement, they moved to San Diego, California where they were near their two daughters and their families.

He enjoyed many hobbies including sailing, fishing, tennis, golf, travel, and swimming. He was on his high school swim team and won a state championship. Carl had a very engaging personality and had many business and personal friends. He particularly loved telling jokes and going on trips with his fishing buddies. He loved playing tennis and going to parties with Barbara at the Weston Field Club, where he would bring the spirits that his company sold to share with all.

He was greatly loved and will be deeply missed.

A memorial service with military honors will be held at Arlington National Cemetery in Virginia at a later date.

In lieu of flowers, memorial donations in Carl’s name may be made to Wounded Warrior Project, PO Box 758516 Topeka, Kansas 66675.

Online condolences may be left at bolesfuneralhome.com. Services are entrusted to Boles Funeral Home of Southern Pines.