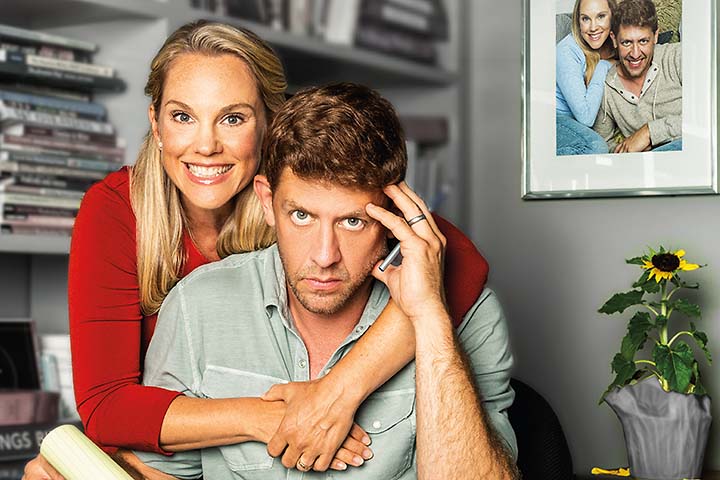 ACT (A Contemporary Theatre), the professional theater in Ridgefield, reopens in October with a modern musical and the option to attend in person or at home.

ACT has been closed due to Covid-19 since March, but has now implemented a safe reopening plan. The theater has also been granted special permission to stream the live performances of its autumn show.

The show is a 90-minute production of the musical The Last Five Years. It's the story of the five-year relationship between two New Yorkers: Cathy, a struggling actress, and Jamie, a budding novelist.

The Last Five Years has an interesting structure: Cathy tells the story of her marriage to Jamie in reverse, starting with its end. Jamie tells the story from the beginning, when the couple first met.

Mr. Levine, ACT 's Artistic Director said, "The Last Five Years is a show I have loved since its premier Off-Broadway in the early 2000s. This is the perfect two-character musical for us to produce at this moment in time. The Last Five Years has one of the most poignant and exciting scores written in this century, and I cannot wait to share this show with our audiences."

The Last Five Years will be performed at ACT of Connecticut from October 28 through November 15. There will be limited in-person and livestream tickets available.

In the theater, expect the new normal: reduced seating capacity, distance, hand sanitizer stations, and the like. Face coverings must be worn by all staff and audience members. More information about that, and the show itself, is on the theater's website.

ACT (A Contemporary Theatre) of Connecticut is a nonprofit 501(c)(3) professional theater located in Ridgefield. Founded in 2018, the theater presents limited engagement runs of well-known musicals and world-premiere productions by the next generation of writers and composers.