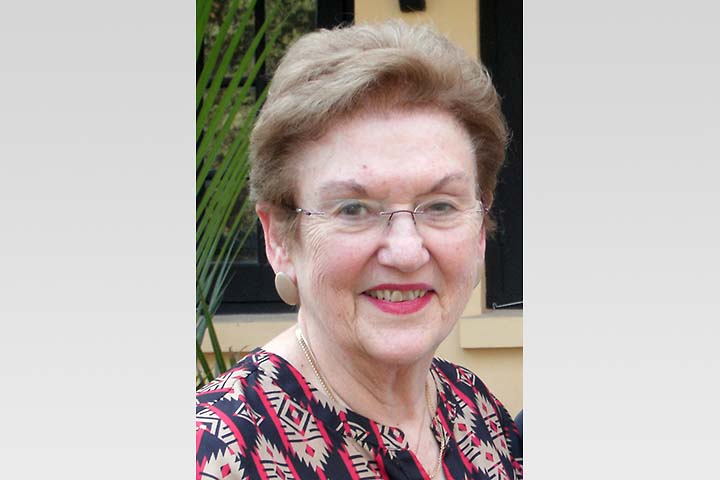 The program is the Weston League's 20th annual Betty Hill Forum on International Affairs. Ms. Maxwell is the former executive director of the World Affairs Forum.

The talk is free and open to the public. It will be presented on Zoom. To receive the link, register by email: LWVofWeston@gmail.com.

Ms. Maxwell's presentation is titled "The League in the World: A Personal Perspective."During her 30 years of service with the League of Women Voters, she held a number of leadership posts at different levels in the national organization. She was an active participant in the U.S. Department of State's International Speakers and CitizensConnect Programs. Since 1999, she has traveled extensively to conduct civic participation training for women who are political, non-governmental, and business leaders.

The League, suffrage, and international engagement

"As we celebrate the 100th anniversary of women winning the right to vote and the founding of the League of Women Voters, Weston's Betty Hill Forum offers a unique opportunity to focus on the League's engagement in the world," said Ms. Maxwell. "The suffrage movement itself was an international one and from its inception, the League has studied, taken positions on and advocated on a variety of international issues."

"Another aspect of the League's international engagement is sharing the expertise of the League with organizations in other nations. I was privileged to engage personally by participating in conferences in Kuwait and Rwanda, helping to train the leadership of a newly created League of Women Voters in Bosnia and Herzegovina, and conducting workshops in Israel and the West Bank. I look forward to sharing my personal perspective on the value of the League in our country and around the world," said Ms. Maxwell.

Ms. Maxwell's leadership in the League and her commitment to strengthening democracy worldwide has earned her several honors, including the first "Citizen of the Year" award from the Connecticut Secretary of the State in 1993, the 1999 BRAVA Award for Career and Volunteer Accomplishments from the YWCA of Greenwich, the "Woman Who Makes a Difference" award from the International Women's Forum in 2003, the Liberty Bell Award from the Fairfield County Bar Association in 2019 and the Community Impact Award from Planned Parenthood of Southern New England in 2020.

The Betty Hill Forum on International Affairs was inaugurated in 2000 by the League of Women Voters of Weston to honor Weston resident Betty Hill, a life member of the national League and an active longtime member of the local League.

Helen de Keijzer, convener of Weston's League, said Ms. Maxwell's "belief in the importance of women being engaged citizens, well-informed about issues at all levels of government, from the local to the global, was an inspiration to us all. Her votes in the 1920 election were among the first cast by Connecticut women."

The League of Women Voters is a nonpartisan organization that encourages active and informed participation of citizens in government and seeks to increase understanding of public policy issues.

The Weston League's programs include candidate debates, the annual "Speak Up" giving residents an opportunity to ask questions of town officials and State legislators, and events on other important public matters.

To become a member, support the activities of the Weston League, or get more information, please contact convener Helen R. de Keijzer by phone: 203-226-7830 or by email: HRdeKeijzer@gmail.com .